On May 1, 2011, a crowd of thousands gathered outside the White House in Washington, D.C., to celebrate the death of Osama bin Laden. 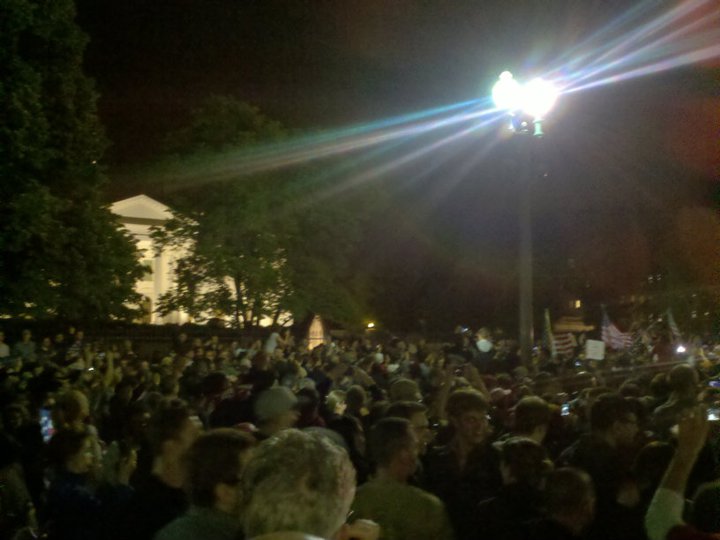 Thousands of people gather outside the White House to celebrate the death of Osama bin Laden. (American Military News)

Osama bin Laden, the founder and head of the Islamic terror group al Qaeda, was killed during a raid on his compound hideout in Pakistan.

The raid began around 1 a.m. local time in Pakistan, when 23 U.S. Navy SEALs in two Black Hawk helicopters descended on the compound in Abbottabad, a tourist and military center north of Pakistan’s capital, Islamabad.

One of the helicopters crash-landed into the compound but no one aboard was hurt.

During the raid, which lasted approximately 40 minutes, five people, including bin Laden and one of his adult sons, were killed by U.S. gunfire. No Americans were injured during the raid.

U.S. military officials said that after the raid, U.S. forces took bin Laden’s body to Afghanistan for identification, then buried him at sea within 24 hours of his death in accordance with Islamic tradition.

Shortly after 11:30 p.m. EST, then-President Barack Obama, who monitored the raid in real time via footage shot by a drone flying high above Abbottabad, made a televised address from the White House, announcing bin Laden’s death.

“Justice has been done,” the President said. 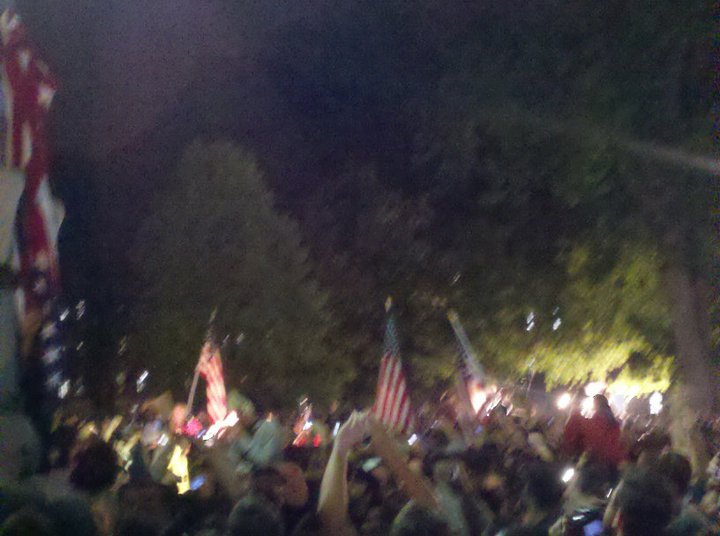 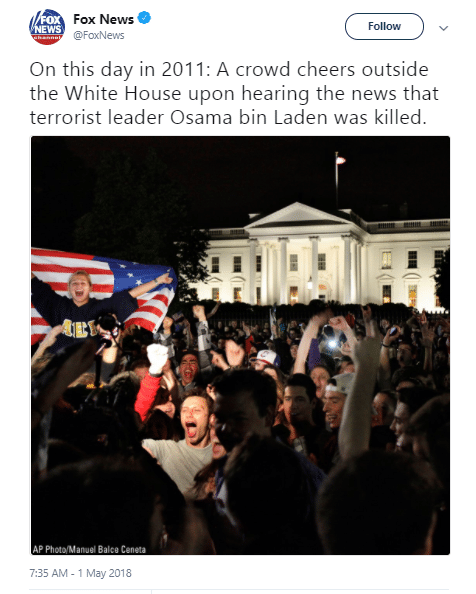 Thousands of people gathered outside the White House to celebrate the death of Osama bin Laden. One of the chants heard was “USA! USA!”

People could also be seen climbing lampposts with American flags. 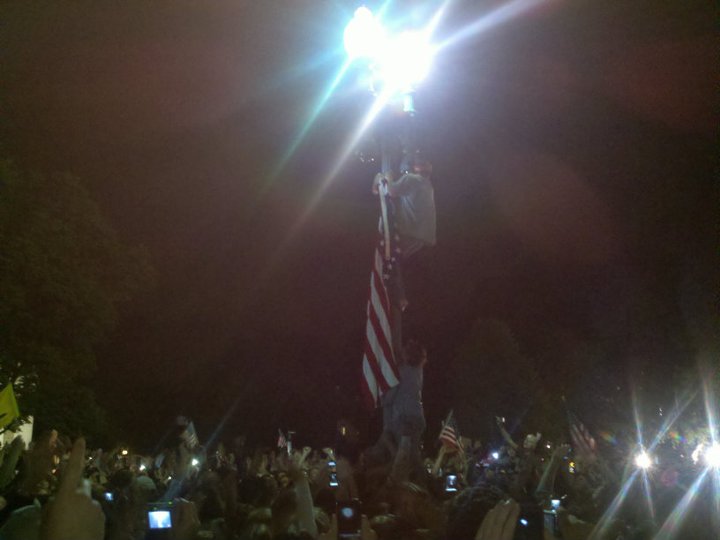 Many people donned the Stars and Stripes and carried American flags.

During a “Sunday Night Baseball” game between the New York Mets and the Philadelphia Phillies, “U-S-A” chants could be heard in the crowd as news of Osama bin Laden’s death spread.

Watch video footage of the crowds outside the White House here: