U.S. Navy veteran Dave Bray just released his new album, “Music on a Mission,” and it’s a first-of-its-kind storyteller album that he hopes will garner a lot of attention. It has already debuted in the No. 6 spot on iTunes.

“I proudly sing and speak out about, God and Country, Patriotism and Respect, and the problems with our Nation,” Bray recently told American Military News. “I decided to narrate the record so that the listener completely understands the meaning and importance of each of the songs. I tell stories about the selflessness and sacrifice of our Nation’s Heroes.” 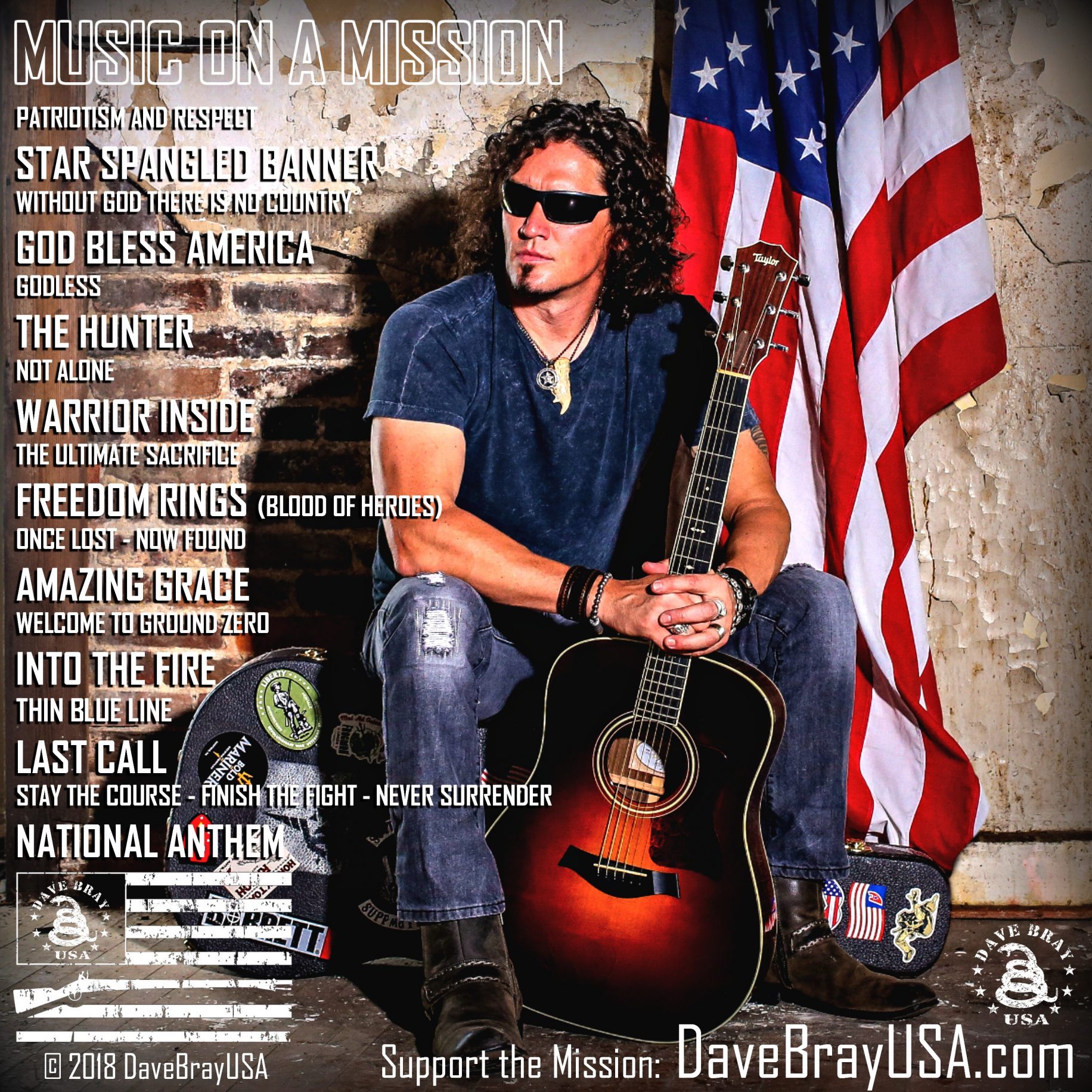 “Music on a Mission” (Courtesy of Dave Bray)

“I talk about the history of the songs and discuss the epidemic of Godlessness that is blanketing our country. I speak about our youth and shed light and warning on the PC narrative that is being shoved down their throats,” Bray continued. “It is a listening experience truly unlike any other. It will draw you in mentally and emotionally, and give you goosebumps. Only until you listen will you truly understand the importance of ‘Music on a Mission.'”

Bray is known to his fans as the “rock ‘n’ roll patriot.”

He served as a Corpsman with the 2nd Battalion/2nd Marines.

Bray was also one of the original members of Madison Rising, a patriotic post-grunge and hard rock band.

One of the songs on “Music on a Mission” is the anthem called “Last Call,” which is dedicated to all fallen police officers.

Of his new album, Bray said he wanted to create something people would like and be impacted by. 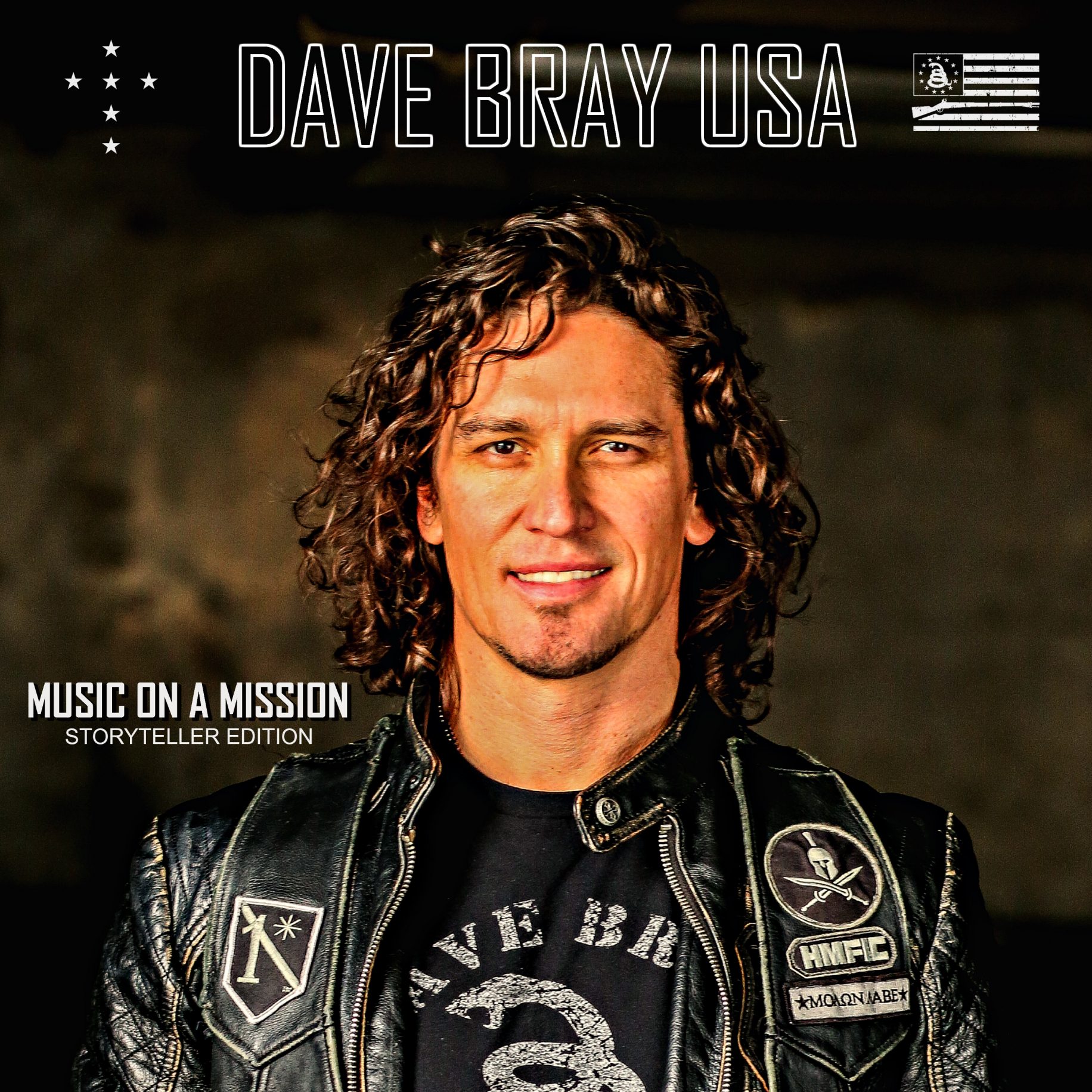 “Music on a Mission” (Courtesy of Dave Bray)

“It’s an hour of really entertaining talk radio mixed with some absolutely amazing songs,” he pointed out.

“The music is like something you would hear on a movie soundtrack. The kind of songs that give you goosebumps, fill you with pride or tear at your heart,” Bray continued.

“There is a war going on in this country that no one is willing to fight. It is the war for the minds of our children,” he said. “I used ‘Music on a Mission’ as an opportunity to speak directly to our citizens, both young and old, about the current state of America and what we are leaving behind for our youth. This album is extremely relevant to the times in which we live.”

Bray said all the songs on “Music on a Mission” directly correlate to the daily battles of law enforcement, firefighters, veterans, the U.S. military and faith.

The album is “all about being a God-fearing, freedom-loving, flag-waving patriot,” Bray added. “It’s about standing up for what’s right. So don’t just show the next generation how to stand up. Teach them what it means to be an upstanding citizen.”

The album is currently available on iTunes and Amazon, and also on Bray’s website.