The lava flowing from the May 3 Kilauea volcano eruption on Hawaii’s Big Island has now covered more than 104 acres, displacing thousands of residents and destroying at least 31 homes and structures.

As the lava continues to carve a path of destruction, residents are left to wonder what can be done – if anything – to limit the damage, and if another eruption could be on the way.

The land is unzipping. 10 fissures now. They have street addresses. #Hawaii #Kilauea pic.twitter.com/Gzymm3CErV

Unlike other natural disasters such as floods, landslides or snow storms, lava flow is nearly impossible to manage. 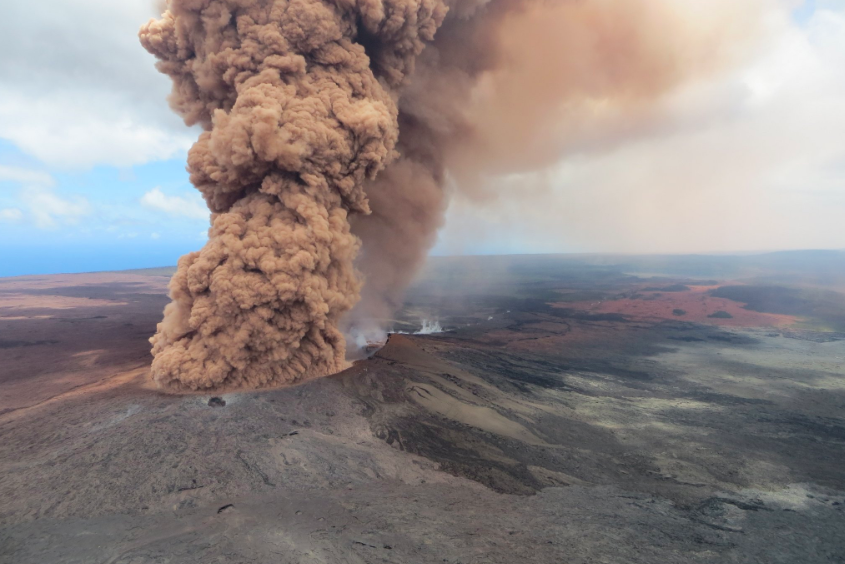 The destruction on Hawaii after the Kilauea eruption. (Twitter)

The heavy, sticky molten rock cannot be controlled or diverted without unprecedented amounts of manpower and resources. In 1973, a volcanic eruption in Iceland required workers to douse the lava flow with 1.5 billion gallons of ice-cold seawater over a five-month period in order to save a harbor.

“It’s a heartbreaking situation because these are people’s homes. Everyone in the volcanology community is just heartbroken. But from a scientific perspective, we know there’s just no way to divert this lava flow,” Shannon Kobs Nawotniak, an associate professor of geosciences at Idaho State University and a NASA researcher, told USA Today.

Photos of the new Kilauea eruption in Hawaii are staggering. The Earth is very much alive… https://t.co/mY4FpUcPAU pic.twitter.com/rQxv8RIt2J

Images and video from social media show residents helplessly standing by as the slow-moving lava creeps across residential areas. 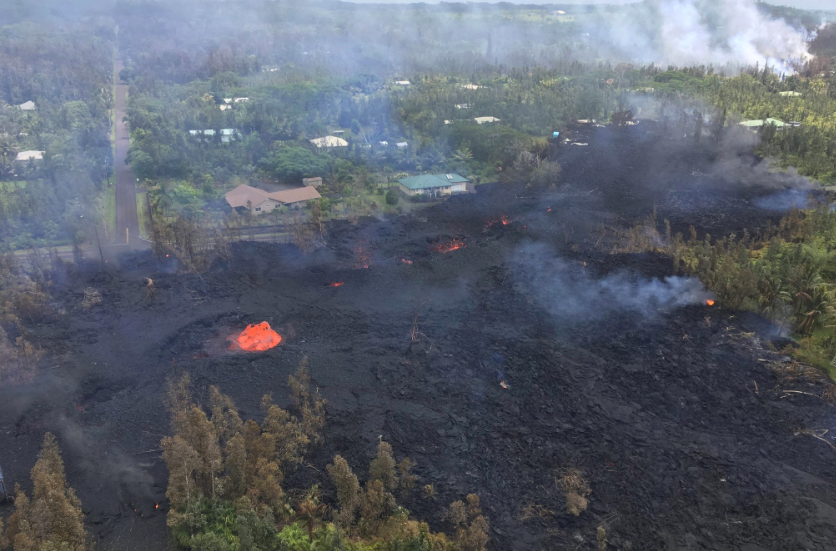 The destruction on Hawaii after the Kilauea eruption. (Twitter)

Roadways have become unusable, power lines have tumbled, and homes and businesses have even been the target of the destruction.

Some Hawaii residents have been displaced for the foreseeable future, with no definitive timeline on when it might be safe to return to their homes and neighborhoods – or if their neighborhood will even be spared.

Others, like Larry and Geri Butler, know for certain that their home of 15 years has been destroyed.

“They lost everything with the lava and have to start over from scratch,” their son, Christian Butler, told CNN. “I’m not sure that fact has really sunk in with them yet.”

“Oddly, knowing the house is gone is almost better than the anxiety of not knowing,” he said. “They evacuated Thursday afternoon, so there was some time where they had no idea if anything was happening to their home.”

Along with the lava, sulfur dioxide in the air and the potential for additional cracks and fissures make the situation even more dangerous.

“One thing that’s very different in this event is that the fissures have opened in the middle of the subdivision,” Hawaii Gov. David Ige said. “Typically an eruption occurs, it opens miles from any residence and toxic gas has lots of time to escape. These fissures are in middle of the subdivision. The sulfur dioxide and other gases at the event is harmful and dangerous.”

Hawaii County Deputy Fire Chief Renwick Victoria told residents: “We don’t know when and where it’s going to happen. Until it’s stabilized, I highly suggest staying out of the area.”

“The lava flow is unpredictable. It’s hard to determine which direction it will go. It starts and stops on a whim. That’s the uncertainty that residents are faced with,” he added.

For now, Hawaii’s residents will play wait to determine if Kilauea has any plans of simmering down. Newly formed cracks and the constant flow of magma beneath the earth are cause for concern and could ignite further eruptions.