Reinking is seen in dirtied jeans and a ripped shirt, which reveals what appear to be scratches on his body.

These are the photos: 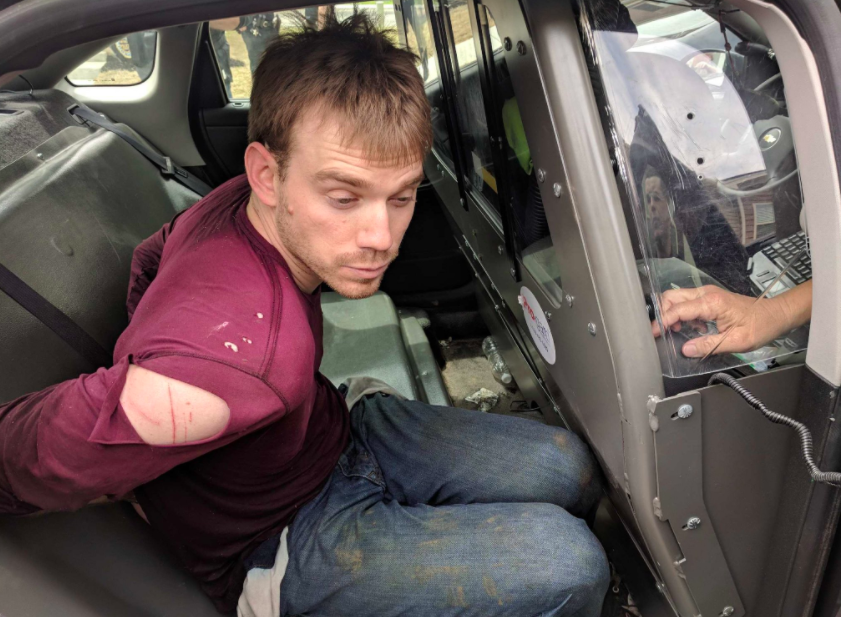 Here is the second photo the police released: 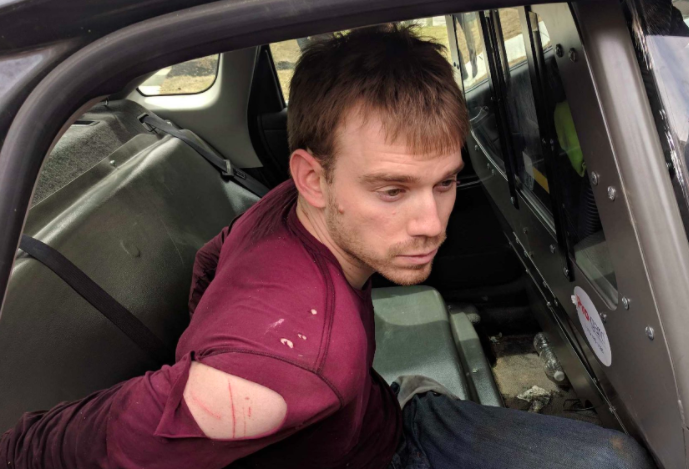 The Tennessee Waffle House shooting suspect has been arrested and is in custody, police said Monday.

Other details were not immediately available.

Travis Reinking, 29, had been at large for more than 24 hours after allegedly shooting and killing four people early Sunday morning at a Waffle House in Nashville.

It was learned earlier Monday that Reinking was also involved in an unrelated police chase after stealing a BMW last week.

Reinking stole a BMW from a dealership in Brentwood, Tennessee, last Tuesday, according to Don Aaron, public affairs manager of the Metro Nashville Police. Aaron was speaking at a press conference on Monday.

The suspect went into the dealership last week and asked about buying a BMW, but he refused to provide identification when asked for it, and Reinking then stole a car off the lot.

Brentwood Police engaged Reinking in a chase during rush hour, but police didn’t continue with the pursuit due to heavy traffic. The car was later found at the suspect’s apartment building. It wasn’t known who stole the car at the time because Reinking had refused to provide identification, Aaron pointed out.

Reinking is wanted for allegedly killing four people with a rifle at a Waffle House in Nashville, Tennessee, early Sunday morning.

It was also learned this week that Reinking was previously arrested by the Secret Service for being in a restrict area near the White House in 2017, officials said.

As a result of the arrest, Reinking’s Illinois firearms authorization was revoked and local Illinois police seized Reinking’s four weapons, including the AR-15 he allegedly used at the Waffle House around 3:25 a.m. Sunday morning.

Eventually the weapons were returned to Reinking’s father, who then returned them to his son at some point, authorities said.

Nashville police have said a total of six people were shot and two others injured. Four of those shot have died. The two other victims were receiving treatment at Vanderbilt Hospital.

Waffle House shooting suspect has been arrested and is in custody, police say