One officer has died in Dallas Home Depot shooting

One police officer has died and another was critically wounded in a shooting Tuesday by a gunman inside a Home Depot store in northeast Dallas, which set off a five-hour manhunt that ended with the chase and arrest of the suspected shooter.

On Wednesday morning, Dallas police identified the officers as Chrystal Almeida and Rogelio Santander, who have both worked in the Northeast Division for three years. 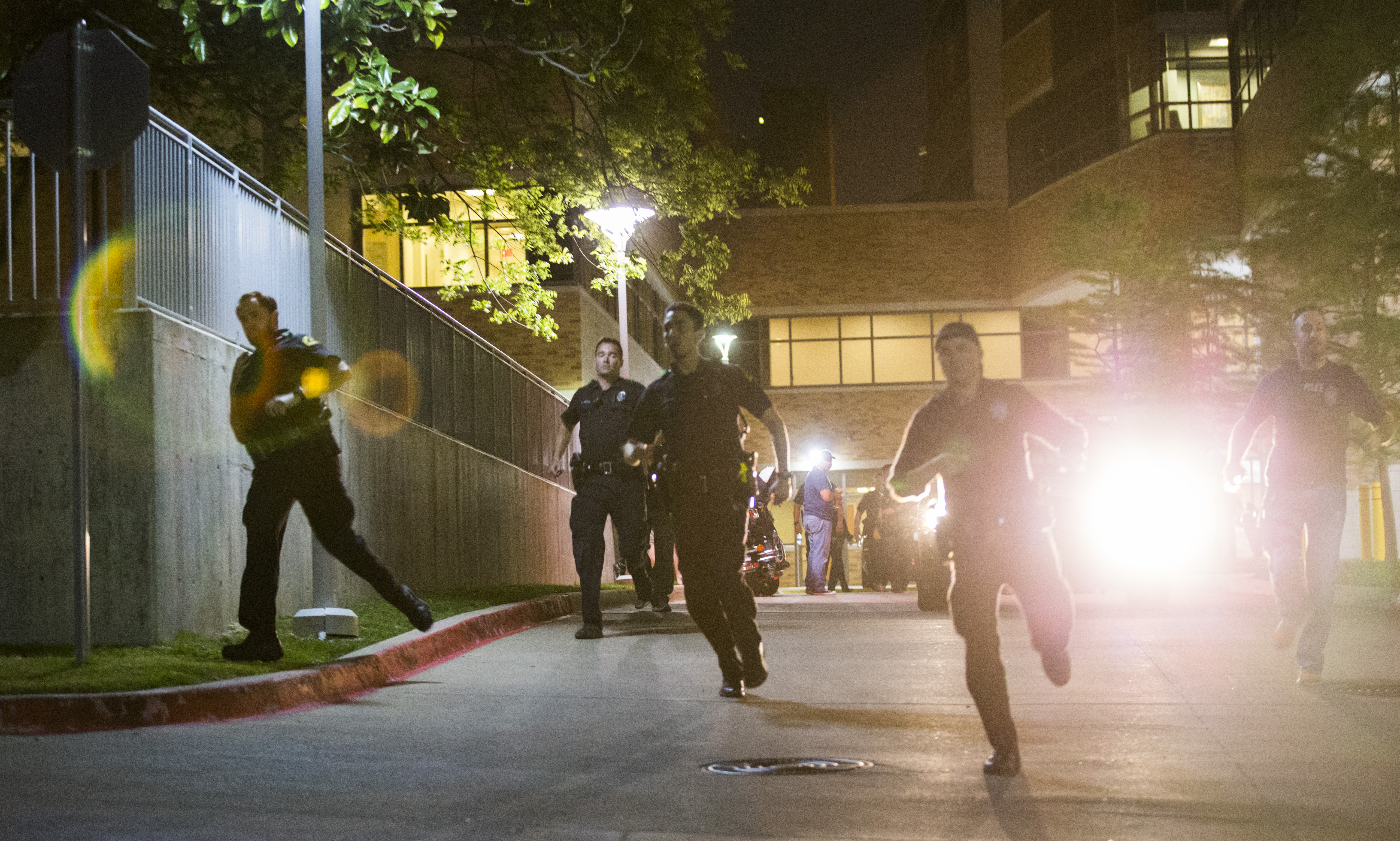 Police officers run away from the emergency room to their cars at Texas Health Presbyterian Hospital Dallas after a man shot two officers outside a Home Depot on Tuesday, April 24, 2018, in Dallas. (Ashley Landis/Dallas Morning News/TNS)

Later in the morning, Dallas Mayor Mike Rawlings announced that Santander had died, according to police spokesman Demarquis Black.

Black said that Almeida and Scott Painter, the civilian wounded in the shooting, are improving.

A civilian, who worked as a loss prevention officer at Home Depot, was also shot and that person was out of surgery, Hall said.

The shooting suspect, 29-year-old Armando Juarez of Dallas, was in a white pickup truck that led dozens of police cars on a chase — speeding through neighborhoods, driving on sidewalks — before he was apprehended around 9:10 p.m. in a whirlwind of flashing red and blue lights, according to authorities.

“I want to thank Dallas police tonight,” said Dallas Mayor Mike Rawlings. “We got our man.”

Hall said Juarez faces multiple charges of aggravated assault of a police officer and other charges could follow. On Wednesday morning, police said Juarez will also be charged on two previous felony theft warrants. A woman in the pickup with Juarez was also arrested.

Officers who were at the hospital to show support for their colleagues ran to their patrol cars when word broke that the suspect had been spotted in the pickup. The chase ended where Versailles Avenue dead ends in the Oak Lawn neighborhood.