One-fifth of millennials haven’t heard of the Holocaust, study finds

The study was released on Israel’s Holocaust Remembrance Day. The Conference on Jewish Material Claims Against Germany commissioned the study and it was conducted by Schoen Consulting.

Researchers found through the study that 22 percent of millennials and 11 percent of adults haven’t heard of the Holocaust.

For the millennials who have heard of the Holocaust, 41 percent believe two million or fewer Jews were killed, which is significantly less than the six million who were actually killed by Nazi Germany and its counterparts during World War II.

“The survey found there are critical gaps both in awareness of basic facts as well as detailed knowledge of the Holocaust,” a news release said in reaction to the findings.

Around 70 percent of Americans agreed to the following statement: “Fewer people seem to care about the Holocaust as much as they used to.” 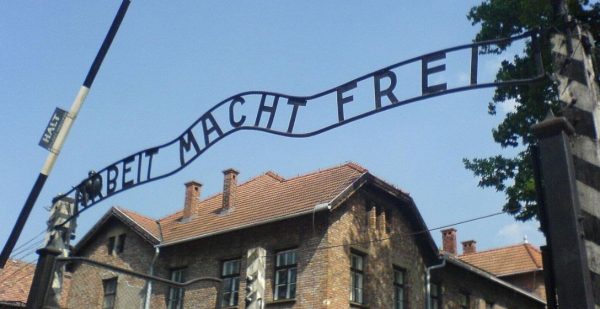 The study also found that 58 percent of Americans believe that a mass genocide like the Holocaust could happen again in the future.

When conducting the study, Schoen Consulting interviewed 1,350 American adults between February 23 and 27.

“This study underscores the importance of Holocaust education in our schools,” Greg Schneider, executive vice president of the Claims Conference, said in a statement.

“There remain troubling gaps in Holocaust awareness while survivors are still with us; imagine when there are no longer survivors here to tell their stories,” he continued.

The Holocaust resulted in the murder of a third of the world’s Jewish population. After the the Nazis were defeated, the Jewish state of Israel was established, which became home to thousands of survivors.

During Israel’s Holocaust Remembrance Day, the country takes a national moment of silence to remember those who lost their lives. Prior to the moment of silence, an alarm sounds, which triggers everything, including cars on the roads, to grind to a complete halt.

A viral video from 2011 shows a busy freeway of cars in Israel immediately stopping after the Remembrance Day siren starts going off. The motorists then get out of their cars and stand in silence for several minutes.

In addition to the moment of silence, Holocaust-themed programs are played on many of the television stations in Israel, and Yad Vashem, which is the national Holocaust Memorial in Jerusalem, has dignitaries lay wreaths.

Israel is making an aggressive effort to remember and pay respect to those who lost their lives in the Holocaust.

10 dead, 15 injured after van mows down pedestrians in Toronto - VIDEO of moments after