The father of a U.S. Army veteran tweeted photos of his son’s “unsanitary” hospital room in Utah that went viral online, resulting in the VA hospital apologizing for the experience.

Christopher Wilson was at the George E. Wahlen Department of Veteran Affairs Medical Center in Salt Lake City to receive 18 injections around his ankle in early April because of an injury he suffered while in the Army in Iraq, KSL reported.

My son is a Veteran of the United States Army. He went to the #VA in Salt Lake City yesterday. This was the condition of the room he was seen in. Very unprofessional, unsanitary and disrespectful. Please retweet. Maybe @realDonaldTrump will see it. pic.twitter.com/P4CMQeE74t

Wilson’s father, Stephen Wilson, posted photos of the hospital room with medical supplies not properly thrown out, an overflowing garbage, a sink filled with dry casting plaster and a drink cup on the counter, among other things. 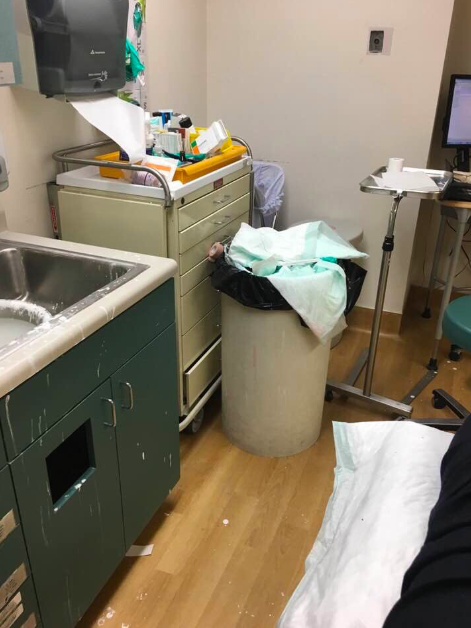 Wilson waited 45 minutes before being seen and then being taken to the disheveled hospital room. 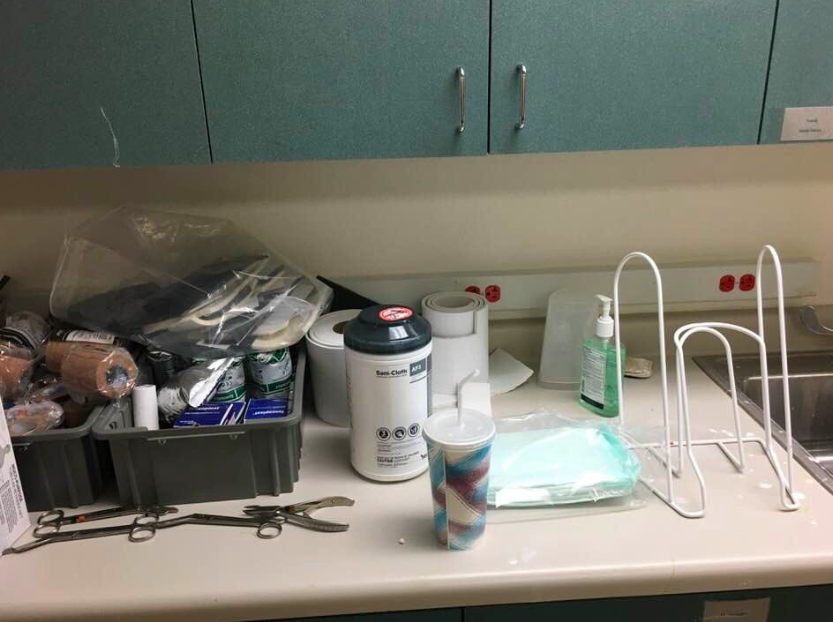 “I figured they would say, ‘Oh, this room’s not clean’ and take me somewhere else, but they just kind of blew past it, didn’t acknowledge it,” Christopher Wilson told KSL. “They’re doctors, right? So I figure one of them was going to say ‘Let’s go somewhere else’ or ‘Give us a minute to clean it,’ but nothing.” 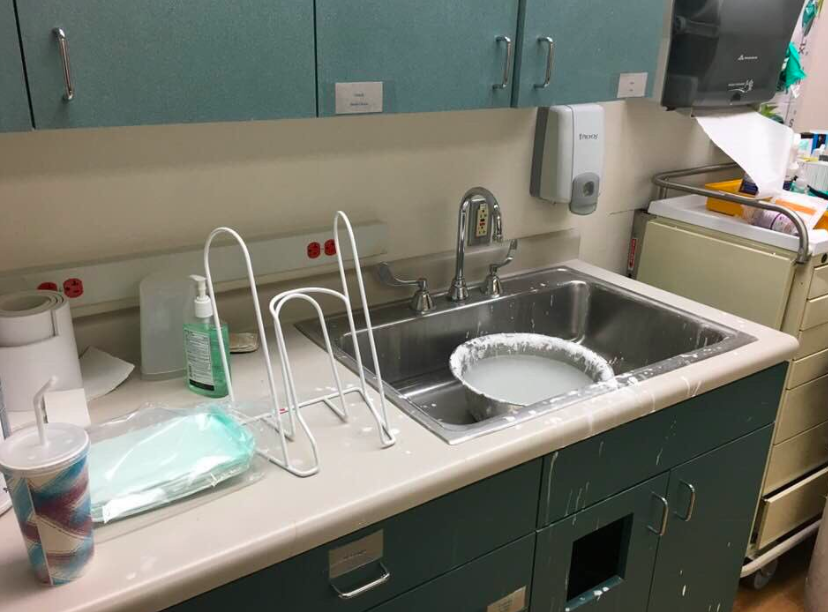 Dr. Karen Gribbin, chief of staff at the George E. Wahlen Department of Veteran Affairs Medical Center, apologized to Christopher Wilson for the condition of the room.

“I was taken aback by the condition of the room. Mr. Wilson should not have been placed in that room in that condition,” Gribbin said. “The room should be cleaned, supplies and trash removed, before the next patient is placed in there. We are beginning our investigation into seeing exactly how this happened.”

Gribbin said that based on the photos, there was a previous casting procedure in the room before Wilson got there.

“My understanding was that strictly these casts are applied in this room but there (are) not other types of debridement or surgical removal of tissue or anything like that that occurs (in the room), so I do not believe Mr. Wilson was exposed to any dangerous body fluids or blood,” Gribbin said. “But regardless, the room should have been cleaned before he was placed in it.”

Christopher Wilson said that while this experience is abnormal, he often finds that there is a problem whenever making an appointment with the VA.

“There’s always something, though,” Wilson said of the VA, and its lack of resources and staff to take care of the veterans.

“It’s kind of weird that the people who are there to serve us kind of see us as a hindrance more than anything,” Wilson added. “(We) don’t seem to be a priority.”

Gribbin said that during her six years of working at the VA hospital, she has never heard of an experience like this.

“In general, we have enjoyed very high patient satisfaction ratings at our facility,” she said. “I have been here now a little over six years. I have never had a patient tell me about an experience like this, so I think this was one of those rare unfortunate events.”

Gribbin spoke to Christopher Wilson to apologize for his experience and to let him know that this would not happen again.