South Korea has ordered 40 of the stealthy, fifth-generation fighter planes, which are expected to be delivered over the next three to four years. Lockheed sold the planes for about $7 billion.

Trump has also said he would be willing to meet with Kim, possibly in a matter of weeks.

At a ceremony marking the “rollout” of the F-35 at a Lockheed factory, U.S. Sen. John Cornyn, R-Texas, seemed to offer a proverbial hat tip to Trump’s untraditional method of international relations, when asked about the timing of the jet delivery to South Korea.

“I think you know President Trump is doing things that surprise all of us, and in this instance it’s a very positive development,” Cornyn said. “The prospect of military conflict in the Korean Peninsula is too horrible to imagine, but it’s something we would clearly win, but at the cost of a lot of blood and treasure, and we want to avoid that if possible.” 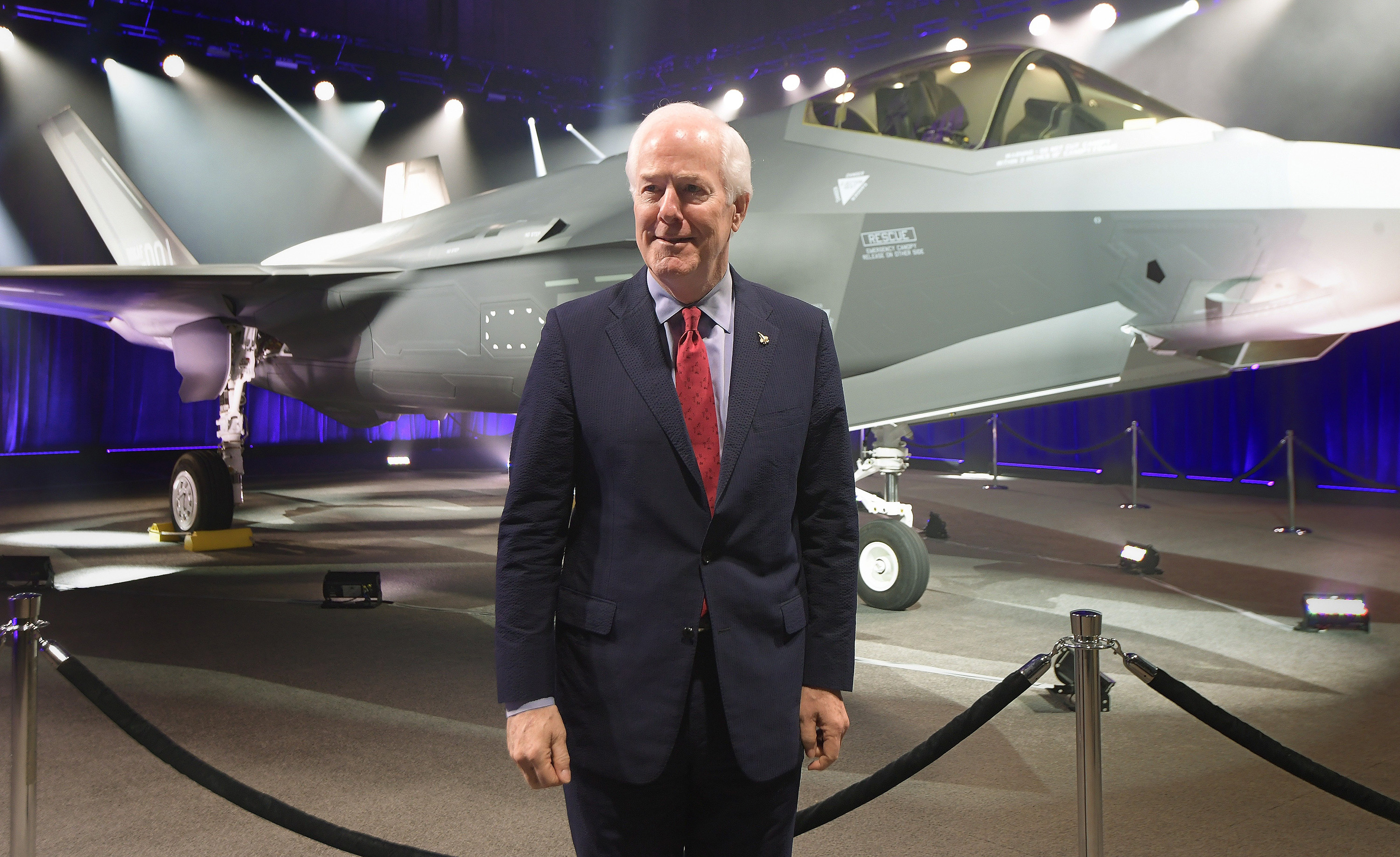 Texas Senator John Cornyn, speaking at the Lockheed Martin roll out of the South Korea F-35A in Fort Worth, Texas, Wednesday, March 28, 2018, is hopeful that a conflict with North Korea’s Kim Jong Un can be avoided and views the meeting between the North and President Trump as positive. (Max Faulkner/Fort Worth Star-Telegram/TNS)

“I think the fact that Kim Jong Un went to Beijing is a surprising but encouraging development, and I think the president saying he’s going to meet with Kim Jong Un in the future makes me hopeful for peace and a denuclearized Korean Peninsula. It sounds like it’s not going to be long in coming.”

Marilyn Hewson, chairman, president and chief executive officer of Lockheed Martin, stressed the importance of continuing to provide aircraft to South Korea. She repeated a phrase uttered by Defense Secretary James Mattis, who has described the relationship between the countries as an “ironclad alliance.”

“Today, our ironclad alliance is needed more than ever,” she said. “All around the world, we see new threats emerging. These threats touch every domain — land, air, sea, space and the cyber realm. The F-35 does more than transform the Republic of Korea Air Force. It transforms a nation’s armed forces and it allows allies to maintain peace through strength, and cooperation that spans the globe.”