On Sunday, ISIS released video footage of the deadly Niger ambush from this past October, when four American soldiers were killed.

Americans Sgt. La David Johnson, Staff Sgt. Bryan Black, Staff Sgt. Jeremiah Johnson and Staff Sgt. Dustin Wright were killed during the October ambush. U.S. Africa Command (AFRICOM) is still investigating the incident and determining if there are enough resources to carry out missions in areas where militants are operating. The Pentagon’s investigation into the Niger ambush and what took place is expected to be released later this week.

AFRICOM released a statement asking the media to not show the video out of respect to the families affected by the ambush, Stars and Stripes reported. Most news agencies have only published clips of the footage. American Military News is not publishing the video footage out of respect for the families. 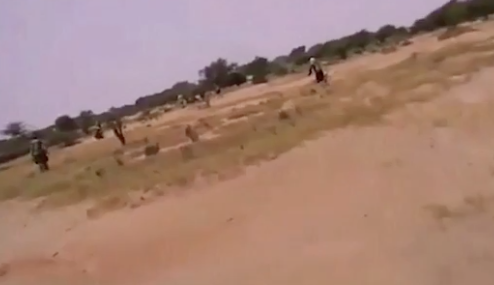 “The release of these materials demonstrates the depravity of the enemy we are fighting,” AFRICOM said in a statement. “We encourage the news media to deny ISIS a propaganda success by not purchasing, showing or bringing undue attention to these images as it re-victimizes the affected families, amplifies IS [Islamic State] atrocities and aids in their recruiting.”

“The release of these materials demonstrates the depravity of the enemy we are fighting,” AFRICOM said in a statement. “We encourage the news media to deny ISIS a propaganda success by not purchasing, showing or bringing undue attention to these images.” https://t.co/Rk7cwIDu2J

The roughly 9-minute video shows graphic footage from what appear to be various helmet cameras.

A small team of U.S. troops come under heavy gunfire and are outgunned by militants while on patrol and heading to the village of Tongo Tongo to meet with local leaders, CBS News reported. 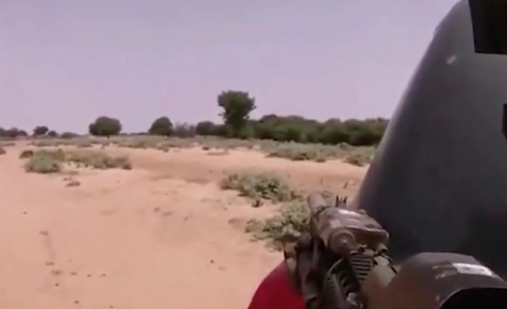 Part of the video shows footage from a helmet camera reportedly worn by one of the soldiers who was killed in the ambush, CBS said.

During their patrol, 11 Americans and 30 Nigerian soldiers were ambushed and attempted to take cover behind an vehicle while trying to escape from the area. The soldiers fired smoke grenades in an effort to cover their position, as well as make friendly aircraft overhead aware of their position.

French air support arrived two hours after the ambush started, but U.S. troops didn’t call for air support until one hour after the attack, possibly due to communications issues.

In the video, one of the soldiers can be seen running to take cover, but gets shot and falls. Shortly afterward, militants can be seen surrounding the soldier and shooting him again.

When one soldier was hit, another came to his aid and dragged him behind cover by the vehicle.