President Trump to award Medal of Honor to WWII hero 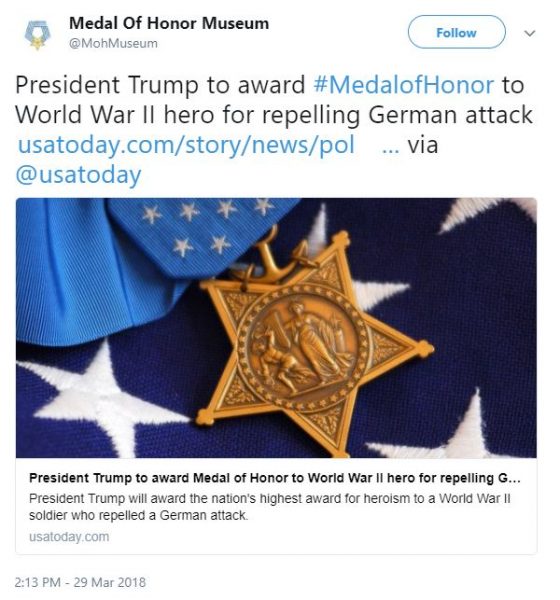 1st Lt. Garlin Conner, who died in 1998 at the age of 79, received many awards for his military service and is one of the most decorated U.S. soldiers in history. He earned four Silver Stars, four Bronze Stars, seven Purple Hearts and the Distinguished Service Cross, according to Army Times.

According to a White House press release: “Then-First Lieutenant Garlin M. Conner will receive the Medal of Honor posthumously for his actions on 24 January 1945, while serving as an intelligence officer with Headquarters and Headquarters Company, 3d Battalion, 7th Infantry Regiment, 3d Infantry Division. Then-First Lieutenant Conner voluntarily left his position of relative safety to place himself in a better position to direct artillery fire onto the assaulting enemy infantry and armor. He remained in an exposed position which was 30 yards ahead of the defending force for a period of three hours. Despite the enemy coming within five yards of his position and friendly artillery shells exploding around him, he continued to direct the fire of friendly artillery, which ultimately repelled the assaulting enemy elements.”

Conner’s widow, Lyda Pauline, has worked tirelessly over the last 20 years since her husband’s death to upgrade his award. She received a phone call on Monday from President Trump informing her that her late husband will be receiving the Medal of Honor.

“I think it’s one of the most wonderful things that’s ever happened to me besides marrying my husband. That was best,” she told the Lexington Herald Leader.

“He said my husband had one of the best records that he had seen,” she continued. 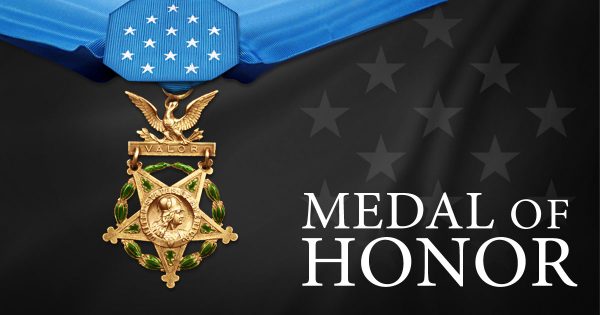 Conner was a Kentucky native the news of him receiving the Medal of Honor prompted the state’s senior senator Mitch McConnell to make a statement.

“In his brave service to our country during World War II, First Lieutenant Conner saved the lives of many members of his unit, disregarding his personal safety and displaying the highest values of both the Commonwealth and the Nation,” Senate Majority Leader Mitch McConnell said.

“After my office had worked for a number of years with his wife Pauline and others, I was proud to include a provision in last year’s National Defense Authorization Act to waive a statutory time limitation, giving President Trump the authority to grant First Lieutenant Conner this well-deserved honor. The men and women of the Greatest Generation helped save our country during the darkest hours of the Second World War, and as the son of a World War II veteran, I am so proud to take this opportunity to recognize First Lieutenant Conner for his exceptional valor and service,” he added.