The United Kingdom on Monday morning sent two Royal Air Force (RAF) Typhoon fighter jets from Scotland to intercept Russian aircraft that were encroaching on British airspace in the North Sea, according to the U.K. Defense Ministry.

The RAF then escorted the Russian Blackjack bombers north and “out of the U.K.’s flight information region – the airspace over which Britain is responsible,” Evening Standard reported.

The Russian jets came within about 46 miles of British land and about 34 miles from British airspace, Evening Standard reported.

The Russian aircraft were initially monitored by a variety of friendly nation fighters and subsequently intercepted by the RAF in the North Sea.

At no point did the Russian aircraft enter sovereign U.K. airspace.”

A spokesman for the U.K. Defense Ministry spoke to RT, which reported that two Typhoons left from RAF Lossiemouth in Scotland “around 9:30 a.m. to tackle the alleged encroachment.” 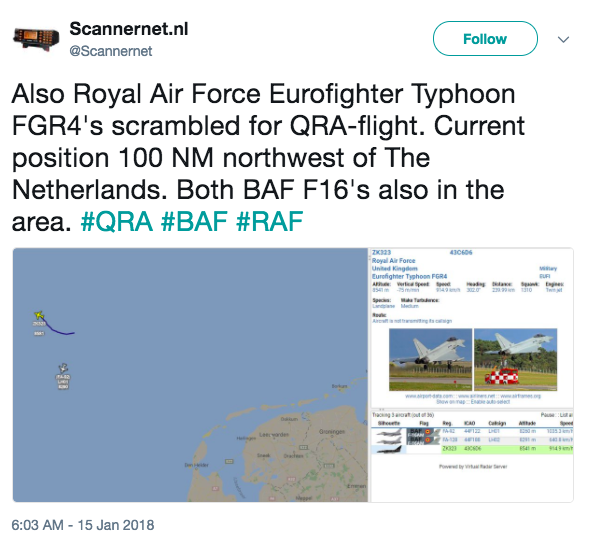 Not long after that tweet, Scannernet also tweeted: “Both Belgian Air Component F-16s (LH-flight) are inbound Leeuwarden Airbase (EHLW) for a refuel after a Alpha-scramble (QRA) overhead the Northsea due to the presence of RuAF [Russian Air Force] Tu-160 Blackjacks (bombers).” 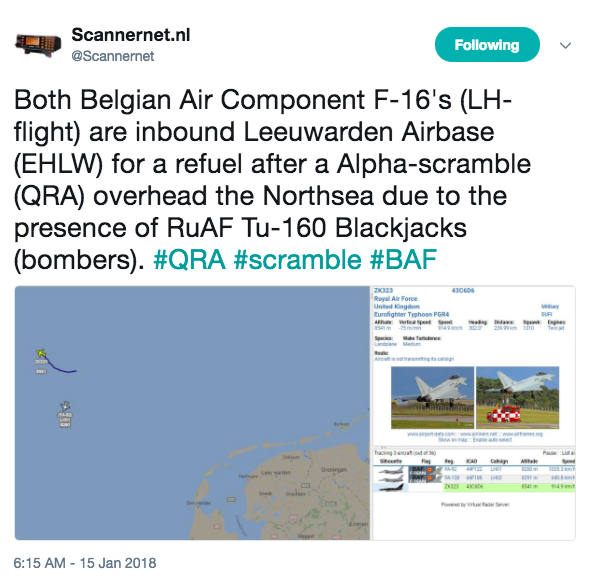