Top Pentagon official to ISIS: Surrender or be ‘shot in face, beaten to death’

The Pentagon’s senior enlisted service member has issued a strong message to remaining ISIS fighters, saying that they have a choice of either surrendering or eing beaten to death with entrenching tools.

Command Sgt. Maj. John Troxell, the senior enlisted adviser to Chairman of the Joint Chiefs Gen. Joseph Dunford, issued his warning to ISIS members through a tweet and through a Facebook message on Tuesday. 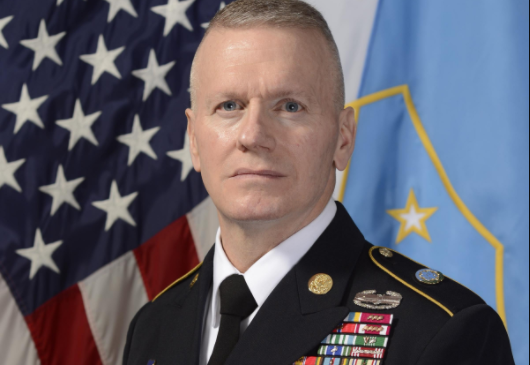 In a Facebook post that has a picture with the hashtag “ISIS_SurrenderOrDie,” the caption reads: “ISIS needs to understand that the Joint Force is on orders to annihilate them. So, they have two options should they decide to come up against the United States, our allies and partners: surrender or die!”

“If they surrender, we will safeguard them to their detainee facility cell, provide them chow, a cot and due process.

HOWEVER, if they choose not to surrender, then we will kill them with extreme prejudice, whether that be through security force assistance, by dropping bombs on them, shooting them in the face, or beating them to death with our entrenching tools.

Regardless, they cannot win, so they need to choose how it’s going to be.

Troxell’s most recent statement is similar to a message he had for troops during a United Services Organization holiday tour last month.

In that speech, Troxell said that ISIS will be “annihilated, period.”

“That may be through advising, assisting and enabling the host-nation partners,” Troxell said. “It may be by dropping bombs on them. It may be by shooting them in the face. And it even might be beating them to death with your entrenching tool, but we are going to beat this enemy!”