One service member killed, four wounded during combat in Afghanistan

One service member was killed and four others were wounded during a combat operation in Achin, Nangarhar province on Monday, according to a press release from U.S. Forces – Afghanistan. 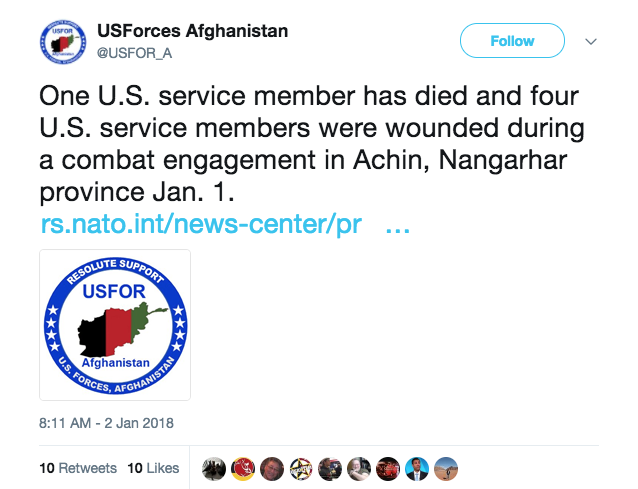 “We are deeply saddened by the loss of one of our own,” said Gen. John Nicholson, Commander of U.S. Forces – Afghanistan. “At this very difficult time our heartfelt sympathies go out to the families and friends of our fallen and wounded brothers.”

Two of the wounded have returned to duty, while the other two service members are in stable condition and being treated at a medical treatment facility nearby.

No additional details were provided at this time.