New California law fines employers up to $10,000 if they share info with ICE 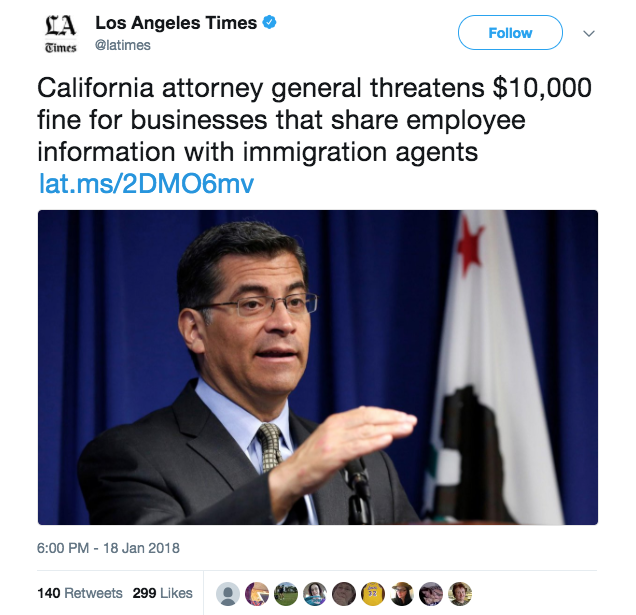 Under the Immigration Worker Protection Act, businesses face fines up to $10,000 if they help immigration authorities, or U.S. Immigration and Customs Enforcement (ICE), Beccera said. The act prevents workers from being detained at workplaces.

“It’s important, given these rumors that are out there, to let people know – more specifically today, employers – that if they voluntarily start giving up information about their employees or access to their employees in ways that contradict our new California laws, they subject themselves to actions by my office,” Becerra said at a news conference, according to The Sacramento Bee. “We will prosecute those who violate the law.”

Becerra said the Department of Justice and the Labor Commission’s office will issue guidance to local agencies for their responsibilities under the new state law that went into effect earlier this year.

Beccera said the report of raids in northern California workplaces are only “rumors,” as they were are not aware of impending raids.

Mattis: US will grow 'lethality' of force; focus on 'growing threats' Russia and China in new national defense strategy