The Las Vegas Metropolitan Police Department (LVMPD) on Friday released a preliminary report on the mass shooting that took place on Oct. 1 of last year, and it has concluded that the shooter, Stephen Paddock, acted alone and had not been radicalized by ISIS or any other terrorist organization.

The new report, while preliminary, has concluded that there was only one shooter – “only one person responsible” – for the massacre that took place on Oct. 1, 2017, the LVMPD said Friday. And, investigators found “disturbing search history” on Paddock’s computers – including child pornography and ballistics research. But Paddock did not leave a suicide note or manifesto, and no ideology or radicalization was discovered, the department said.

On Oct. 1, 2017, 64-year-old Paddock killed 58 people and injured hundreds of others in Las Vegas in what is now the deadliest mass shooting in modern U.S. history. 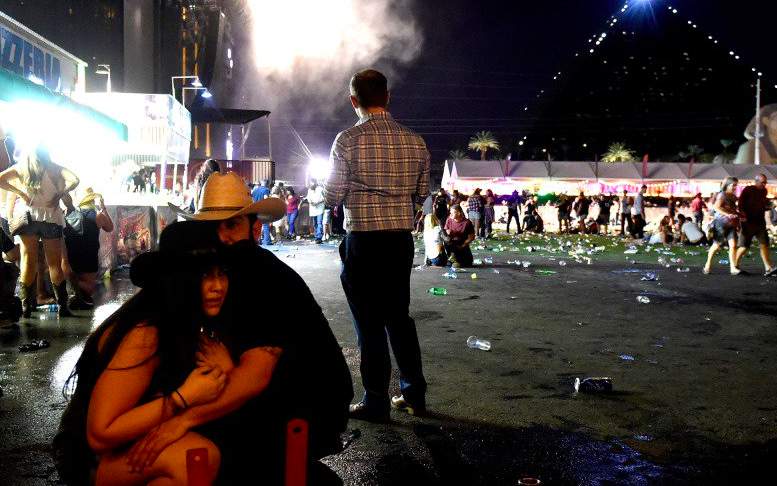 Paddock rained down fire on the Route 91 Harvest Festival from the 32nd floor of the Mandalay Bay Resort and Casino. Paddock was found dead in his room, along with several weapons that he had rigged to be similar to automatic weapons.

While authorities have still not yet established a motive in the case, ISIS at that time took credit for the massacre. The terrorist group had also said Paddock converted to Islam six months before the shooting.

That is not the case, according to Las Vegas Metropolitan Police Department Sheriff Joe Lombardo, who presented the report at a press conference on Friday afternoon.

It’s not protocol to release preliminary reports such as this, Lombardo pointed out, but he wanted to do so because of the public interest in the case.

Some of the key findings of the report are as follows: