First female general in US military dies at 97

Anna Mae Hays, a World War II nurse who became the U.S. military’s first female general, died Jan. 7 at a retirement home at the age of 97.

Acording to Hays’ niece, Doris Kressly, Hays died after having a heart attack.

Before retiring in 1971, Hays served as Chief of the Army Nurse Corps beginning in 1967. 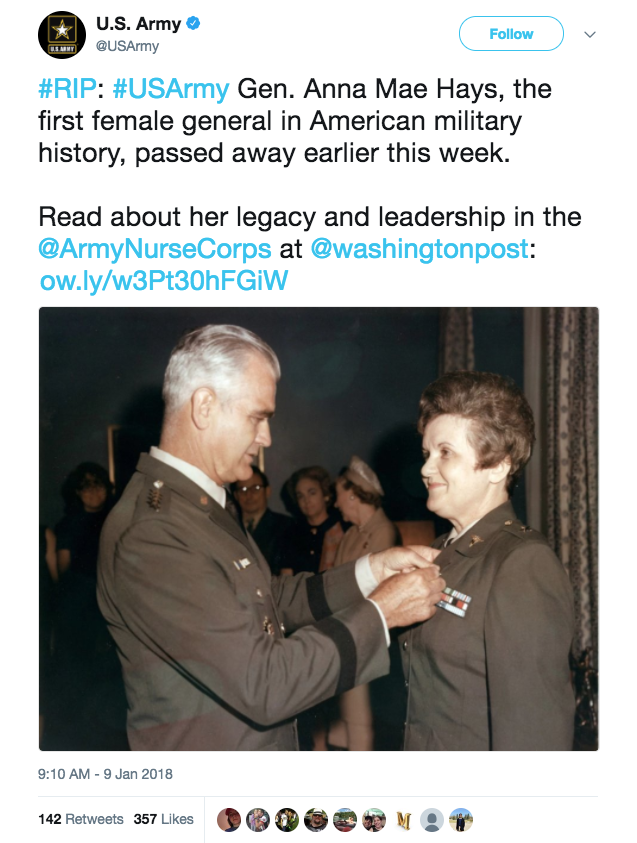 General Hays “persuaded the Army that nursing was important enough to spend money on — a hard sell at that time,” Sanders Marble, a senior historian in the Army’s Office of Medical History, told the Washington Post.

Hays first served as a nurse in China, India and Burma before treating people during the Korean War.

During her time in the military, Hays pushed for Army policy changes that would open up opportunities for women in the Army, such as establishing maternity leave for female officers.