The DV Farm that is run by veterans, for veterans, has been given a generous donation that will allow the farm to enhance its operations, continuing to provide an invaluable community and resources for those veterans there.

DV Farm is a nonprofit organization founded by former homeless Army veteran Mike Rivers. The farm provides a rehabilitation facility for homeless veterans through its program of housing, meals, animal-assisted therapy, a structured work schedule and the community of fellow veterans who are working toward integrating back into civilian life.

The farm recently received an $87,000 donation from Phil and Kathy Drouin, who had founded and run the nonprofit Laptops for the Wounded. Not only that, but DV Farm will be recognized by the New Hampshire Chapter of the Military Officers Association of America (MOAA) at the Granite State Warrior Awards this weekend for its outstanding support to veterans.

This is something that Phil Drouin also recognized.

“After years of supporting our American military and veterans, Laptops for the Wounded charity has decided to officially cease operations. In making this decision, we sought out another 501c3 [nonprofit] charity that was similarly involved in supporting our military and veterans, to donate the charity’s remaining funds,” Phil Drouin explained to American Military News.

It was by chance that Drouin discovered DV Farm, he said.

“We chanced upon DV Farm located in Gilsum, [New Hampshire]. After researching their mission statement and visiting their team, it was decided that DV Farm was a superb charity to support in their mission to get homeless veterans off of the streets and help them move forward in life,” Phil Drouin said.

Rivers recently told American Military News that the donation is the farm’s largest to date, aside from any money the farm raises on its own. It’s also the single biggest one-time donation, he pointed out.

“This money is going to ensure our continued operations for the foreseeable future,” Rivers said. “The large ticket items we’ve been struggling to get, we can get now. We’ll be able to get the exact tractor that will fit the needs of our program.” 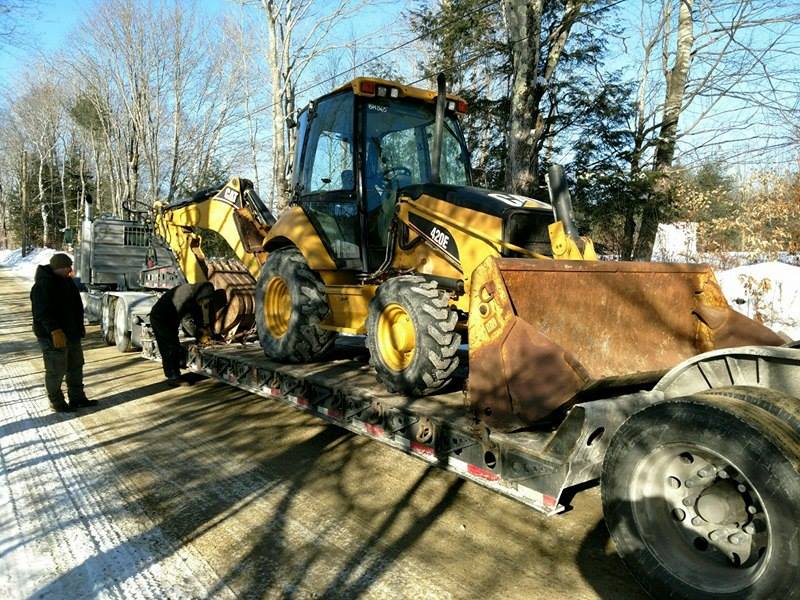 DV Farm in New Hampshire recently received a big donation that will allow it to purchase some big-ticket items. (Courtesy of DV Farm)

“It will ensure we don’t have to go for the next year month-to-month on operational costs,” Rivers also pointed out.

Donations like this mean a lot to nonprofits like DV Farm, which operate with the help of many volunteers who generously donate their time and own resources.

Rivers is an Army veteran who knows exactly how important something like the Farm is to veterans. He has lived through it all: from homelessness to alcoholism, and drug abuse to prison time, Rivers knows firsthand how difficult life after the military can be.

Rivers grew up in a military family – he was an “Army brat,” if you will – and lived in places such as Fort Benning, Fort Stewart, Fort Dix and Germany. When he graduated high school, Rivers joined the military and ended up in the same Army division and company as his father.

After two years there, Rivers moved on and served another six years in the military, and fought in the Gulf War in 1990 just two weeks after the U.S. invaded.

Rivers ended up with PTSD, and when he was honorably discharged in 1992, things didn’t get any easier.

Rivers found help in 2007 through a VA program, where he connected with his fellow veterans and learned that the more he gave away, the more that came back to him.

Rivers later launched a Facebook page, thanks to the help and tutelage of his now-wife Martha. He started the Dysfunctional Veterans page, which highlights dark and sarcastic military humor.

A few years later, Rivers began selling T-shirts. That’s when things really took off, and he would later start saving for his own business.

Rivers and DV Farm have since helped many veterans, and thanks to generous donations such as Drouin’s – and any other donation, large or small – the Farm is able to continue providing invaluable services to veterans.

If you would like to donate, you can visit this page.