Negotiators from North and South Korea on Tuesday began high-level discussions at the Peace House in the heavily guarded “truce village” of Panmunjom in the Demilitarized Zone (DMZ) that separates the two countries. 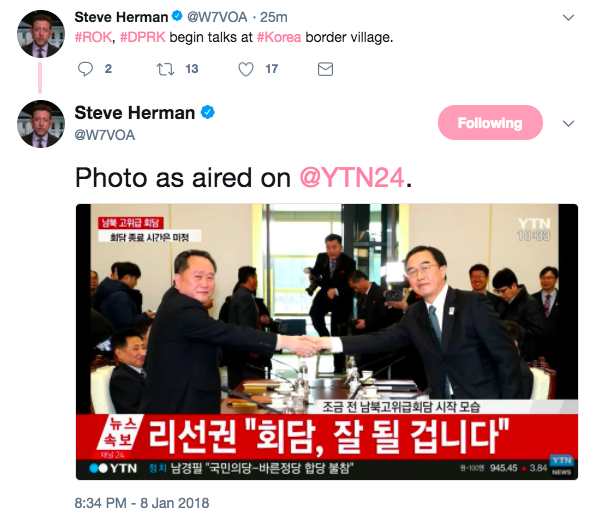 The Koreas have begun discussions in the Peace House, located in the “truce village” in the Demilitarized Zone. (Twitter)

This is the first time North and South Korea have had talks in more than two years, since December 2015.

The two parties are said to be discussing the upcoming Winter Olympics, as well as other topics such as how to improve their relations, according to the South Korean news agency Yonhap. 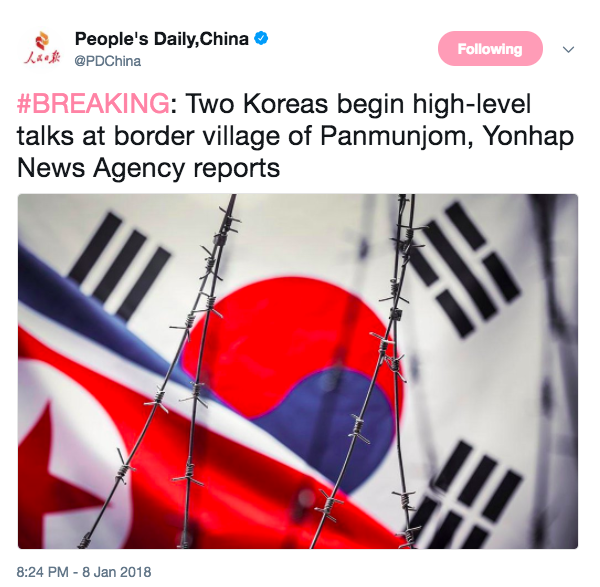 The Koreas have begun discussions in the Peace House, located in the “truce village” in the Demilitarized Zone. (Twitter)

Just last week, North Korea reopened a once dormant telephone hotline that links directly to South Korea, and the two countries spoke for 20 minutes, this in advance of the North-South Korean meeting that is taking place.

The nations checked out technical issues during the first 20-minute call, and the second call was to suggest they wrap up for the day, the South Korean Unification Ministry told CNN.

The calls appeared to be only technical in nature, to make sure the hotline was up and running, although it was unclear what was discussed.

However, South Korea seemed very pleased with these first steps toward more communication.

“It creates an environment where communication will be possible at all times,” he said.

The red and green phone system is one of 33 direct lines that the two countries once used to communicate. The particular hotline that has been reopened is located in the village of Panmunjom.

Both North Korean dictator Kim Jong Un and South Korean President Moon Jae-in are said to be able to tune into the discussions in real-time and intervene if necessary, as both leaders will have a hotline ready for them, CNN reported, noting that only Moon will be watching in real-time, as North Korea does not have a CCTV feed.

These discussions come during a time when tensions are a roller coaster of ups and downs between the Koreas – specifically North Korea – and the United States.

During a telephone conversation between Trump and Jae-in, the South Korean leader made the request to delay the drills.

“I believe it would greatly help ensure the success of the PyeongChang Winter Olympic Games if you could express an intention to delay joint South Korea-U.S. military exercises during the Olympics in case the North does not make any more provocations,” Moon was quoted as telling Trump, Yonhap News Agency reported.

North Korea and Kim Jong Un dislike when South Korea and the U.S. hold military drills, or war games, because the North regime views it as a threat and an act of war.

Trump and Moon agreed to “de-conflict the Olympics and our military exercises so that United States and Republic of Korea forces can focus on ensuring the security of the Games,” the White House confirmed in a press release, Yonhap reported.

During the telephone call, Trump said he “hoped inter-Korean talks would lead to good results and that he would send a high-level delegation including members of his family to the Winter Olympics,” Reuters had reported.