Julian Assange has reportedly been given Ecuadorian citizenship. (Twitter)

Assange has been staying at the Ecuadorian Embassy in London for five years now, since 2012. He is seeking political asylum, but the British government recently rejected a request from Quito to grant Assange diplomatic status.

Diplomatic status would allow Assange to leave the London embassy. He sought refuge there in 2012 when Sweden tried to arrest Assange after he faced allegations of rape and assault.

With diplomatic status, Assange could then return to Ecuador – where he has reportedly now been granted citizenship.

While Sweden no longer wants to extradite Assange, it is speculated that the United States would seek to do so, for Assange’s role in releasing troves of documents that have been said to be damaging to America’s national security. 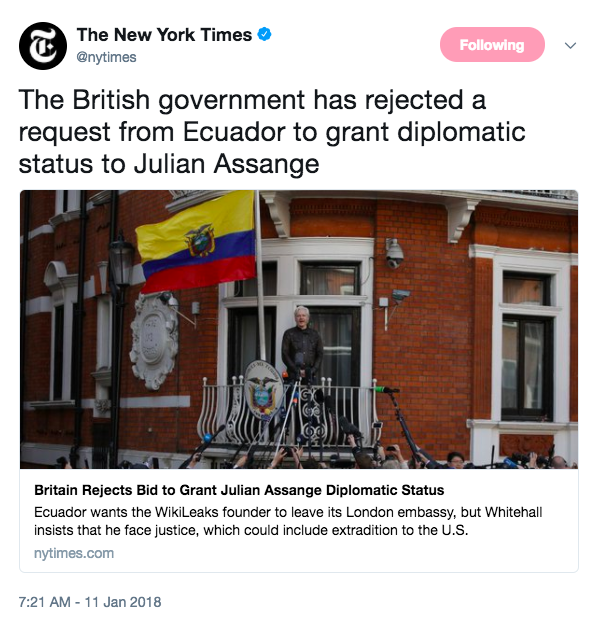 Julian Assange has reportedly been given Ecuadorian citizenship. (Twitter)

The Ecuadorian Foreign Minister said their country wants a “dignified and just” solution with the United Kingdom regarding Assange’s case, RT reported.

RT reported that a passport was apparently given to Assange on Dec. 12, 2017.