Four law enforcement officials have been shot, and their conditions currently unknown, after responding to a late-night domestic call in South Carolina, according to authorities.

A suspect is also in custody after fleeing the scene on foot, according to a York County Sheriff’s Office spokesman, Fox News first reported. 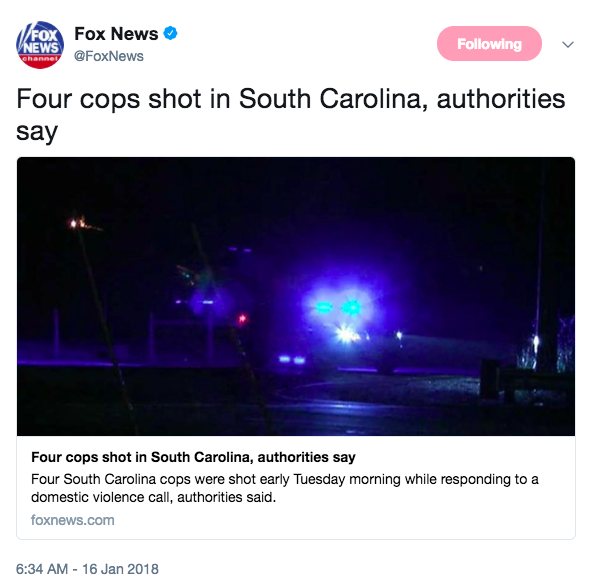 Four cops have been shot after responding to a call in South Carolina, authorities say. (Twitter)

The law enforcement officers wounded include three Sheriff’s deputies and an officer from the York County Police Department – and one of the cops is a K9 officer, Fox reported.

“K9 units were sent to the scene to track down the suspect, at which point one of the K9 officers was shot around 1:07 a.m. He was transferred to a nearby hospital.

At around 3:30 a.m., additional shots were fired striking three more officers. They were rushed to a nearby hospital.”

No other details were available at this time.