The wife of a U.S. Navy veteran has filed a claim against the VA after the Little Rock, Arkansas VA hospital mislabeled bodies and cremated her husband against her family’s wishes, KATV reported.

Jackie Hennings, the wife of Navy veteran Teddy Hennings, received a call one day before the funeral visitation saying that her husband had been cremated after the VA mislabeled two bodies. 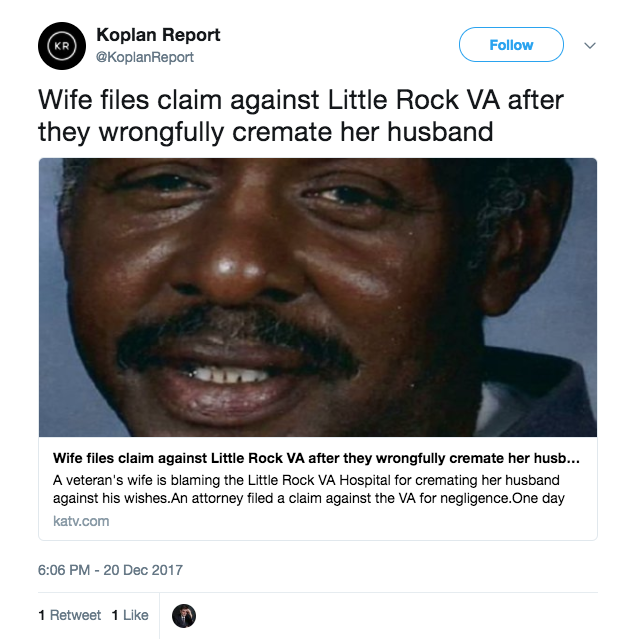 Attorney Austin Porter told KATV that the VA should not have made the mistake because one of the bodies was black while the other was white.

“There were two bodies and apparently they mislabeled the bodies,” Porter told KATV. “An employee at the VA hospital put the wrong tag on the wrong body. One body was supposed to have been sent for cremation and it’s my understanding that particular body was a Caucasian male.”

“It’s a situation of gross negligence … it’s really devastating on the family because first of all, cremation is almost taboo in the African-American community … a funeral is a process where a family can sort of say their last goodbyes to their loves ones,” Porter added. 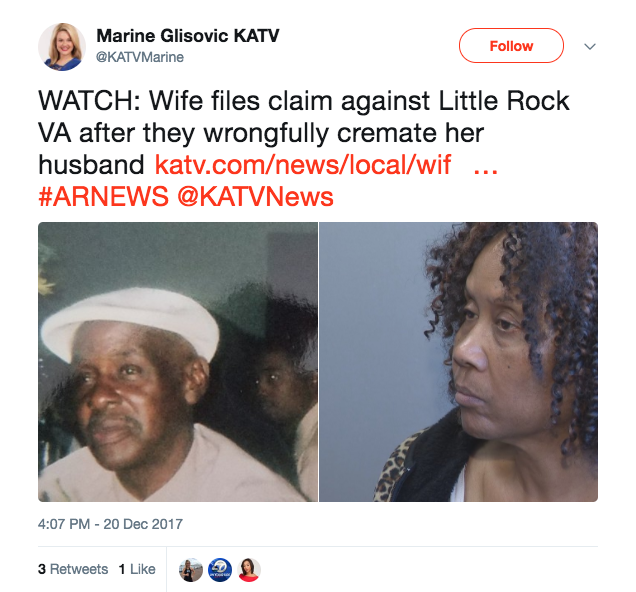 According to KATV, the funeral home is expected to go before the Arkansas State Board of Embalmers and Funeral Directors. The funeral home has its their license suspended, and that determination could be upheld or the license could be reinstated.

“This is absolutely unacceptable and heartbreaking,” Dr. Margie Scott, Medical Center Director, told KATV in a statement. “There are no words that can adequately express our sympathy to the families involved. All Veterans who have passed in our facility, and their families, should be treated with dignity, respect and honor. We are absolutely devastated and I have personally made contact with both families, and apologized for this error.”