ISIS threatens attacks on New Year’s Day, the Vatican and the World Cup

In an attempt to incite fear, ISIS has issued threats to attack on and around New Year’s Day in a new poster making the round online.

Despite continuing to suffer from huge losses in Iraq and Syria, the regime continues to distribute threats through their propaganda wing called the Wafa Media Foundation. The regime is continuing to rely more on propaganda to inspire lone-wolf attacks.

ISIS recently released a poster showing a blood dripping knife in front of the Arc de Triomphe in Paris with the caption, ‘We will make New Year’s Day hell.’ 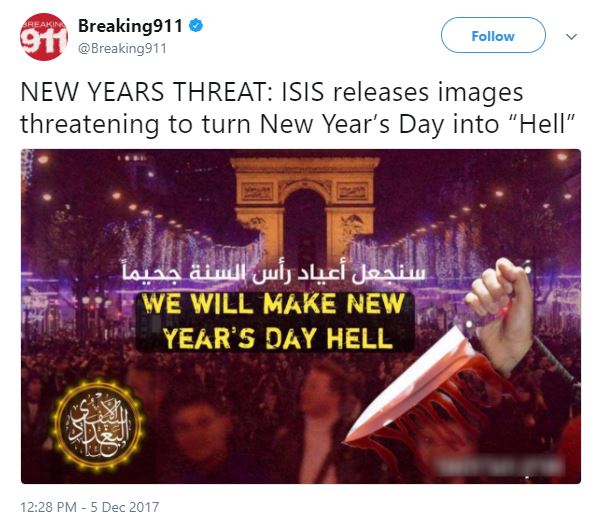 Other pieces of threatening propaganda include a poster featuring images of Santa kneeling in front of a terrorist with the background showing London’s Regent Street. Another poster shows an ISIS fighter walking under holiday lights in London with a bullet belt draped over his neck. 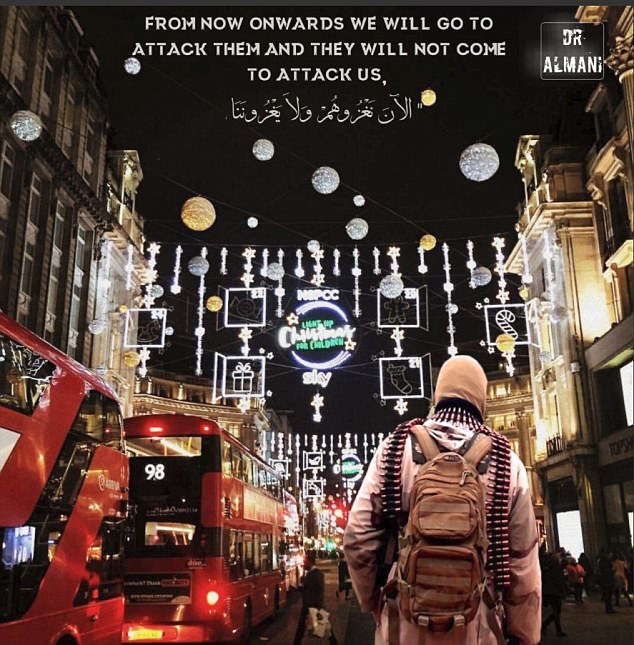 The regime’s holiday threats extend beyond Paris and London with ISIS threatening to attack Rome and New York. The terrorist group has set their sights on causing havoc at the Vatican and 2018 FIFA World Cup according to the Washington Post. 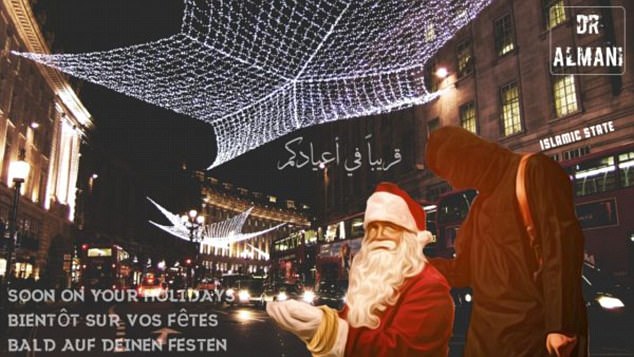 ISIS’s World Cup threat consists of a poster featuring an image of Lionel Messi, a star player from Argentina standing behind bars in a jail cell. He is crying blood in the dimly-lit image with a caption in English and Arabic saying, “You are fighting a state that does not have failure in its dictionary.” On the bottom, there is a phrase saying, “Just Terrorism,” which appears to be inspired from Nike’s catch-phrase, ‘Just Do It.’

With the FIFA World Cup taking place in Moscow, Russia this summer, Russian officials have issued statements reassuring the public of their safety. They mentioned that a safe environment at the tournament is a top priority and the head of the Russian National Anti-Terrorism Committee said that security preparations are ‘already underway.’

In both Paris and Russia, law enforcement is taking all threats from ISIS and their Wafa Media Foundation propaganda-arm seriously.

In an interview with the Daily Mail, Rita Katz, director of the SITE Intelligence Group, mentioned that, ‘Wafa Media Foundation specializes in these types of graphics. Wafa’s threat, like others recently issued by pro-ISIS media groups, is a specific attack directive within a larger push by ISIS for lone wolf attacks as it rapidly loses territory in Iraq and Syria,’

‘Though these threats should be taken seriously, there is also a publicity element to pro-ISIS media groups’ threats against places like the Vatican or events like 2018 FIFA World Cup.’