Cuban leader Raul Castro is stepping down in April

Cuban leader Raul Castro, 86, will step down in April 2018, after it was announced that the presidential election was postponed from February to April, the Miami Herald reported. 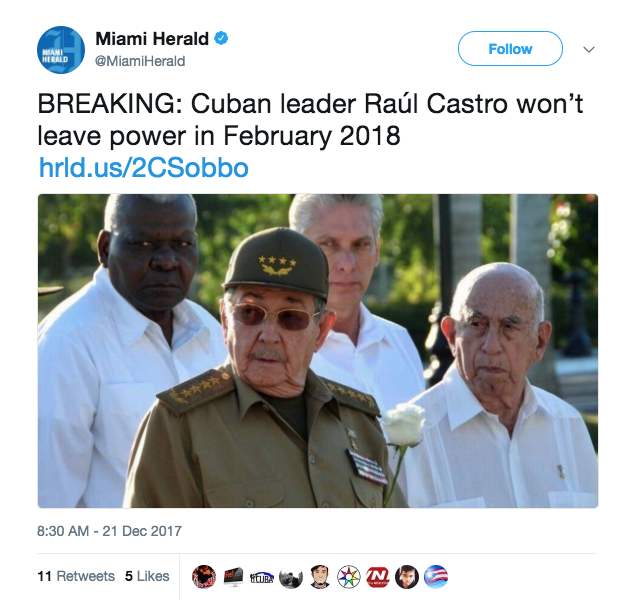 Castro will stay in power at least until April 19, the same date that a new legislature and the president of the Councils of State and Ministers will be elected.

The date of the elections was pushed back due to the devastation that Hurricane Irma had on Cuba in September.

Castro will stay until April due to the economy’s recession, the tighter sanctions it faces from the U.S., and because of attacks on U.S. diplomats that resulted in health problems for 24 diplomats, the Miami Herald reported.

When Castro steps down as president in April, Cuba will make a transition to the first non-Castro president in more than 40 years. Raul Castro officially took over for his older brother Fidel Castro in 2008.

First Vice President of the Council of State Miguel Diaz-Canel is expected to replace Castro when he steps down in April.

Castro previously announced in 2013 that he would step down at the end of his second term on Feb. 24, 2018, which was the original date of the new National Assembly’s election. Since then, Raul Castro said that there should be age limits for which an individual can serve in the government.