Five World War II medals found at a St. Louis Goodwill last week were returned Tuesday to the widow of the veteran who earned them.

“I’m very glad to have them back,” said Natalya Cox, who was married to World War II veteran and Belleville resident Marvin Cox. “I was very excited.”

Natalya Cox accidentally donated the medals, which include a Purple Heart, to a MERS Goodwill outlet in downtown St. Louis while cleaning and remodeling her house. She didn’t notice the box of medals among the other items she donated.

Goodwill employees recently found the medals at the store and traced them back to Cox’s husband.

“I still could not imagine how I put that box with the medals in there,” said Cox, who moved to the U.S. from Ukraine and said she has limited English skills. “I’m very thankful that people could investigate and return it to me.” 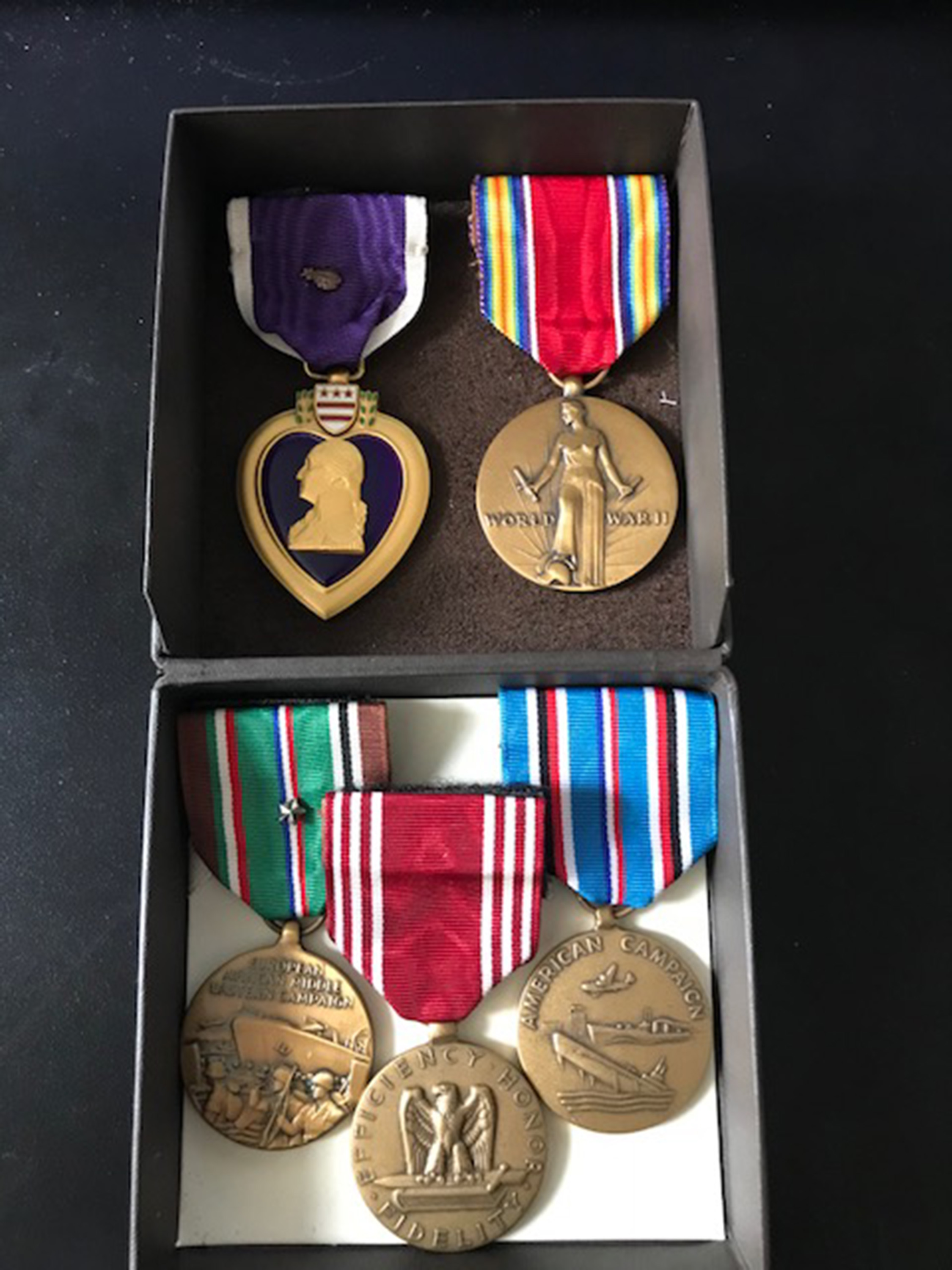 Five World War II medals believed to have been accidentally donated to a Goodwill store in St. Louis. They were returned Tuesday to the widow of the veteran who earned the awards. (MERS Goodwill)

Marvin Cox died in 2009 at the age of 83, Natalya Cox said. He was a retired counselor and instructor for Belleville Area College.

The St. Louis native served in World War II when he was in his late teens.

He received the Purple Heart after he was wounded in combat, his widow said. An explosion had burned his face and he lost almost all this top teeth.

Marvin Cox did not have any kids from a previous marriage, Natalya Cox said. She was married to him for six years.

Goodwill employees placed the medals in a decorative framed case, which they gave to Cox on Tuesday when they met at a local Goodwill store.