On Monday, at an event honoring Native American code talkers, President Donald Trump made a comment during his remarks about Democratic Sen. Elizabeth Warren and her heritage.

“You’re very, very special people,” Trump told Native Americans at the ceremony. “You were here long before any of us were here.”

“Although we have a a representative in Congress who they say was here a long time ago. They call her Pocahontas,” he continued.

“But you know what? I like you, because you are special,” Trump added. 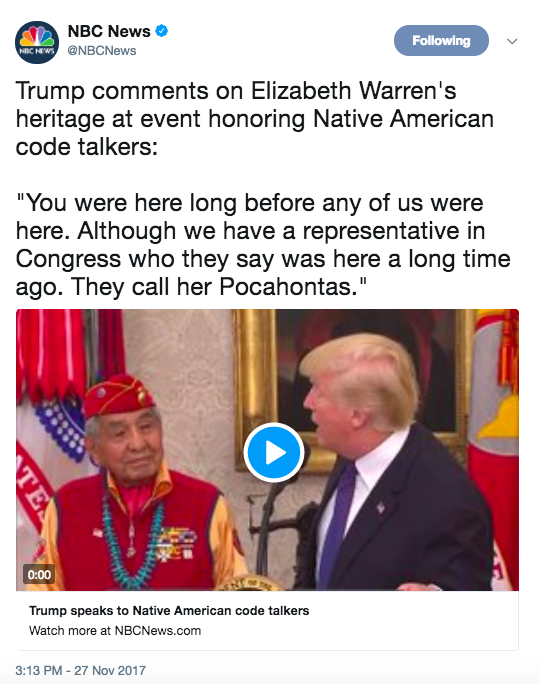 This is not the first time that Trump has referred to Warren as Pocahontas.

She responded on Monday.

“It is deeply unfortunate that the president of the United States cannot even make it through a ceremony honoring these heroes without having to throw out a racial slur,” Warren said, The Hill reported. “[…] This was supposed to be an event to honor heroes, people who put it all on the line for our country.”