The FBI received 203,086 background check requests on Nov. 24, nearly a 10-percent increase from Black Friday 2016. Last year had seen the previous record-setting day for background checks, coming in at 185,713 checks. 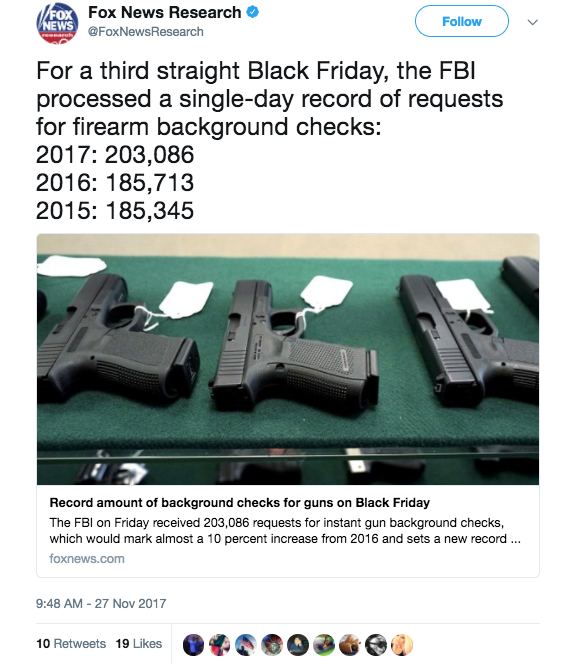 “The National Instant Criminal Background Check System is critical for us to be able to keep guns out of the hands of those that are prohibited from owning them,” he said, Guns.com reported.

The database “is critically important to protecting the American public from firearms related violence,” Sessions said, The Washington Post reported. “It is, however, only as reliable and robust as the information that federal, state, local and tribal government entities make available to it.”

The review comes just weeks after the Air Force said it had not provided the domestic abuse conviction of former Airman Devin Kelley to the NICS database. In 2012, Kelley was convicted for assaulting his wife and stepson while serving the U.S. Air Force. Kelley had been able to purchase a firearm, and he later killed 26 people at the First Baptist Church in Sutherland Springs, Texas on Nov. 5.

The number of background check requests does not accurately reflect the number of gun sales that took place.

More than one gun can be purchased with a single background check. Additionally, not all people who apply are approved.