Here is the model and broadcaster that Sen. Al Franken groped during USO tour

Broadcaster and model Leeann Tweeden on Thursday said that now-Sen. Al Franken from Minnesota forcibly kissed her and also groped her without her consent while she was on a USO tour to entertain troops in late 2006, and that there is “nothing funny about sexual assault.” She announced her post on Twitter using the hashtag “me too.”

Tweeden tweeted on Thursday that it was “time” to tell her story, and she linked to a post published on KABC, a Los Angeles station where she is a morning show anchor. 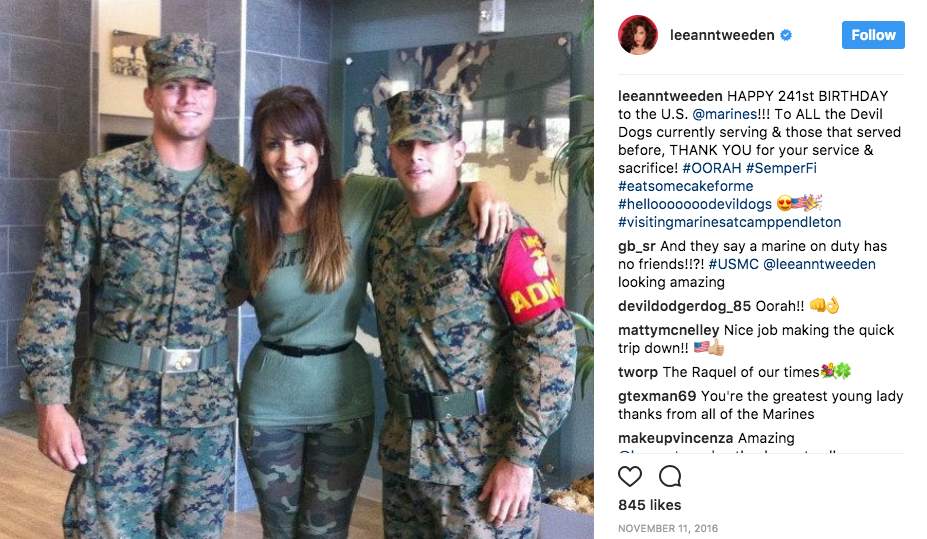 Tweeden wrote that she was on her ninth USO Tour to entertain troops when the incident took place. This was her eighth to the Middle East since 9/11. Her father served in Vietnam and her now-husband is an Air Force pilot.

Tweeden has had a colorful career in modeling and broadcasting. She started working at Hooters in 1992, which led to her breaking into the modeling industry.

She has modeled for Hooters, Venus International and Frederick’s of Hollywood.

She was later a correspondent for Fox Sports Net’s “Best Damn Sports Show Period” for six years in the early 2000s, and hosted “Poker After Dark” for NBC late night TV in 2008.

She also appeared on several magazine covers, including a non-nude spread for Playboy magazine in 1996. Tweeden would later pose nude for the magazine in 2011.

“As a TV host and sports broadcaster, as well as a model familiar to the audience from the covers of FHM, Maxim and Playboy, I was only expecting to emcee and introduce the acts, but Franken said he had written a part for me that he thought would be funny, and I agreed to play along,” she wrote. “When I saw the script, Franken had written a moment when his character comes at me for a ‘kiss.’ I suspected what he was after, but I figured I could turn my head at the last minute, or put my hand over his mouth, to get more laughs from the crowd.”

Tweeden said Franken “had written some skits for the show and brought props and costumes to go along with them. Like many USO shows before and since, the skits were full of sexual innuendo geared toward a young, male audience.”

Tweeden described how Franken insisted the two “rehearse” backstage on the day of the show, and Tweeden agreed because she wanted him to stop pressuring her.

“We did the line leading up to the kiss and then he came at me, put his hand on the back of my head, mashed his lips against mine and aggressively stuck his tongue in my mouth,” Tweeden wrote. “I immediately pushed him away with both of my hands against his chest and told him if he ever did that to me again I wouldn’t be so nice about it the next time.”

After the tour, Tweeden said she received a CD with photos from the trip – including one photo of her sleeping on a C-17 cargo plane while still wearing a flak vest and helmet. In the photo, Franken appears to be grabbing Tweeden’s breasts or placing his hands directly over her breasts while she sleeps.

Franken released a statement: “I certainly don’t remember the rehearsal for the skit in the same way, but I send my sincerest apologies to Leeann. As to the photo, it was clearly intended to be funny but wasn’t. I shouldn’t have done it,” The Washington Post reported.

Senator Franken, you wrote the script. But there’s nothing funny about sexual assault.

You wrote the scene that would include you kissing me and then relentlessly badgered me into ‘rehearsing’ the kiss with you backstage when we were alone.

You knew exactly what you were doing. You forcibly kissed me without my consent, grabbed my breasts while I was sleeping and had someone take a photo of you doing it, knowing I would see it later, and be ashamed.