The Department of Defense quickly took down the retweet, but not before some Twitter users – including Paul Szoldra, the CEO and founder of Duffel Blog – took a screenshot of the tweet.

The tweet said: “The solution is simple… Roy Moore: Step down from the race. Al Franken: Resign from congress. Donald Trump: Resign from the presidency. GOP: Stop making sexual assault a partisan issue. It’s a crime as is your hypocrisy.” 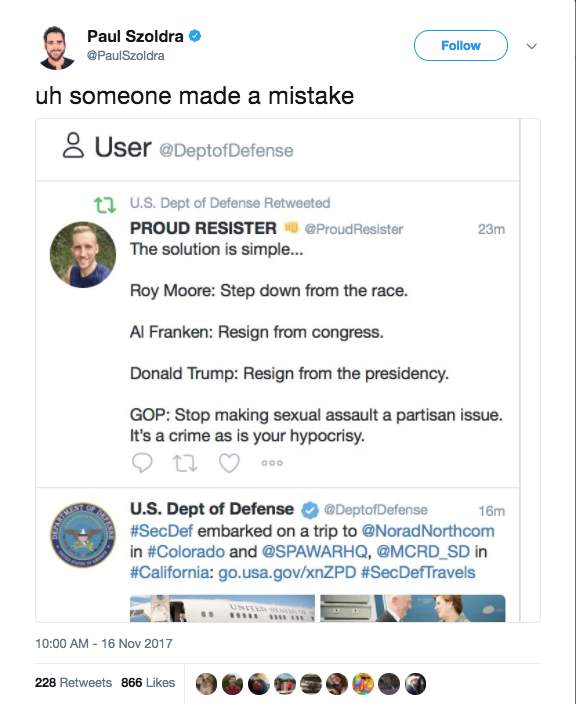 “An authorized operation of the [DOD’s] official Twitter site erroneously retweeted content that would not be endorsed by the Department of Defense,” wrote Dana White, Pentagon spokesperson. “The operator caught this error and immediately deleted it.” 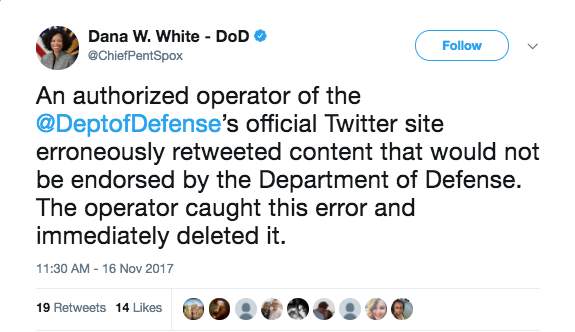 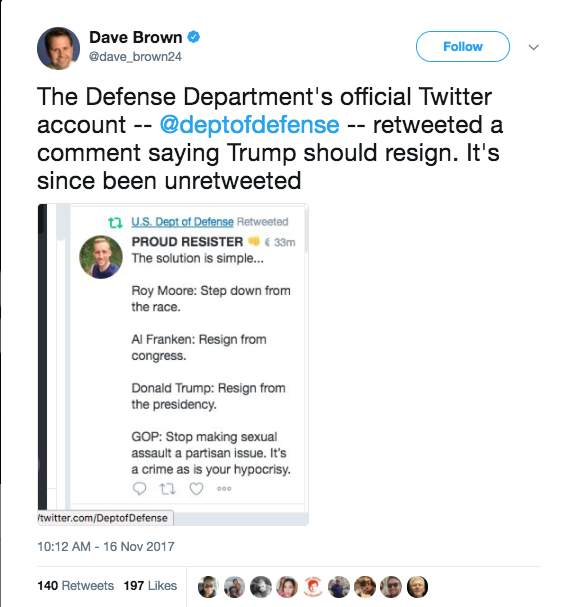