There are only 15 days left to campaign in the highly-publicized Alabama Senate race, but retired U.S. Marine Col. Lee Busby, 60, of Tuscaloosa, is throwing his hat in the ring as a write-in candidate.

Busby served in the U.S. Marine Corps for 31 years and retired in 2013. Notably, had served as a top aide to now-White House Chief of Staff John Kelly.

He is running as an independent – he describes his political leanings as centrist. Busby said he wants to run for public office because he doesn’t believe either Republican candidate Roy Moore – who has come under fire for multiple sexual abuse allegations and calls to step down from the race – or Democrat Doug Jones are qualified to be in the U.S. Senate.

“I think you can flip this thing. If this were a military operation, the left flank and the right flank are heavily guarded,” Busby told The Washington Post. “I think that gives you an opportunity to run straight up the middle.”

Busby’s website has only one page – a countdown to the Alabama Senate race. 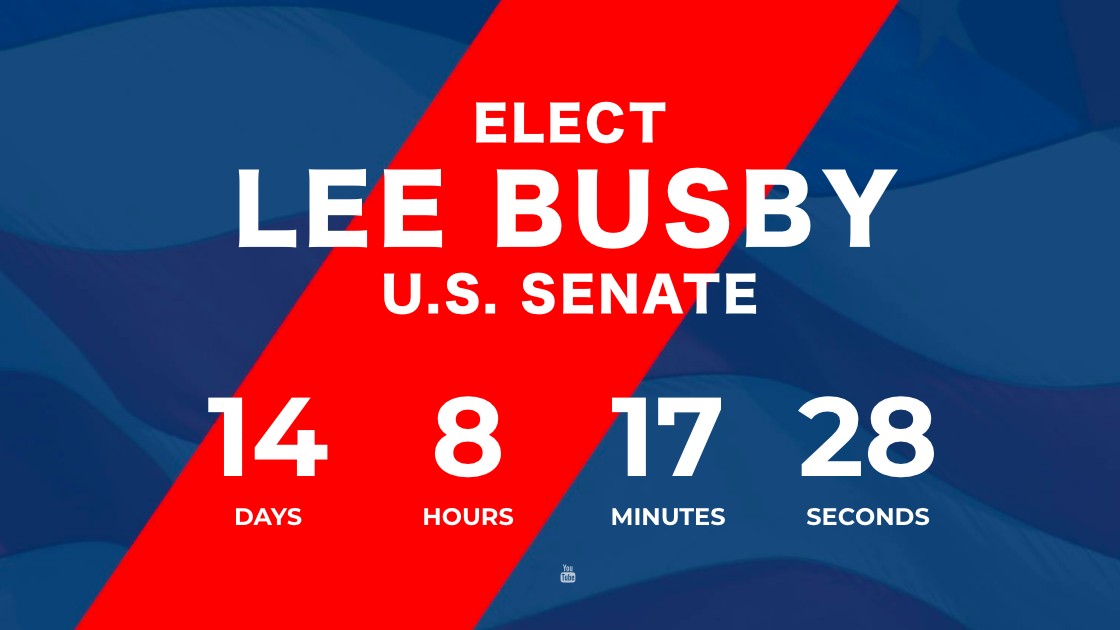 It also links to a YouTube video from Southern Living, which profiled Busby back in August for his sculpting work. He sculpts veterans from the Iraq and Afghanistan wars.

Busby told The Post he plans to utilize social media to spread the word about his campaign.

He is running on his record as a military leader, investment banker, defense contractor and entrepreneur. Busby is divorced with four grown children.

Busby told The Post he spent the past weekend exploring “the legal requirements for raising money for a campaign.”

The Post reported on the potential outcome of an Alabama Senate election with a write-in candidate pulling votes:

Republican leaders in Washington and Alabama have effectively ruled out running a write-in campaign against Moore because they think it would split the Republican vote, all but ensuring a victory for Jones. Busby, who is divorced with four grown children, argued that his campaign could attract voters from Jones as well as Moore supporters.

“The people of Alabama are not going to be represented by someone who supports a liberal abortion policy,” Busby said. “I’m extremely concerned about the Democratic Party in Alabama. I don’t think they reflect Alabama’s views.”