Students from a local Boston high school stepped in to give a homeless Army veteran a proper farewell.

Along with a local ministry and funeral home, Catholic Memorial High School planned a funeral for John Fitzmaurice, a homeless Army veteran who had recently passed away. When the school found out that he would be buried with no one in attendance, they decided to step in and bury him with full military honors, CBS Boston reported. 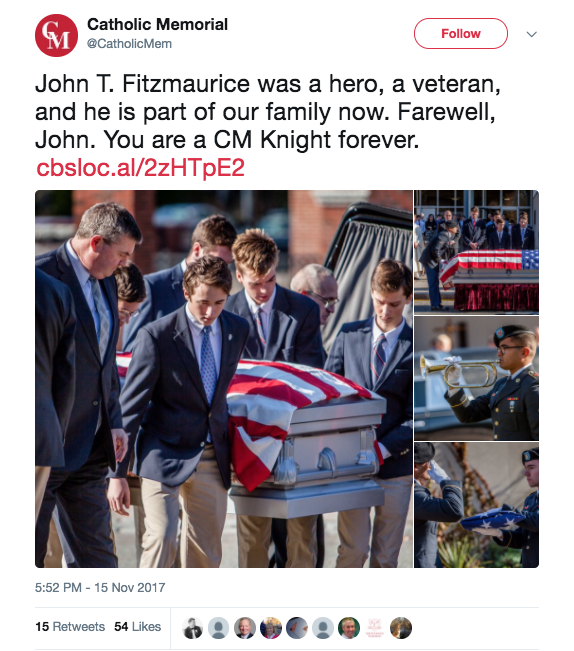 Many of the school’s students attended and participated in the funeral despite not knowing much about Fitzmaurice.

“We have a lot of veterans in my own family so I know the sacrifice he made for the country and I know the service he [gave] in the years he committed to serving our country,” Senior Class President Will Padden told CBS Boston.

Catholic Memorial President Dr. Peter Folan said the funeral was a learning experience for the students.

“For us, [it was about] paying homage to a veteran, to bring him to our campus, to provide the burial rights he deserves, and to honor his legacy and to help our boys realize we have to stand with those who are marginalized,” Folan said, CBS Boston reported.

A Mass was held at Catholic Memorial’s chapel where Rev. Chris Palladin provided his services and gave the eulogy.

Fitzmaurice’s flag-covered casket was taken away by an Army hearse.