The Superintendent of West Point Military Academy, Lt. Gen. Robert L. Caslen, Jr., released a letter on Wednesday. The letter begins to address many concerns about what has taken place at West Point in light of revelations about 2nd Lt. Spenser Rapone, who is an apparent socialist and communist spreading those doctrines; as well as a letter from a former West Point professor that alleges failing standards and the Military Academy “turning a blind eye.”

The broader conversation that has been taking place in the military community now is what exactly went on – and goes on – at West Point that a graduate such as Rapone would feel so strongly empowered to apparently be a socialist and/or communist and spread those beliefs.

Caslen says “the bottom line” is that West Point is “committed to the development of leaders who internalize our values of Duty, Honor, Country and who live West Point’s and the Army’s Values,” and that the faculty is “obliged to take that mission seriously.”

The U.S. Military Academy will respond appropriately to concerns and to the former professor’s letter, but that it will take time, Caslen said.

This is the Superintendent’s letter in its entirety:

To the Men and Women of the Long Gray Line,

I have received numerous letters, emails, and phone calls from graduates expressing their concerns about the controversy surrounding Second Lieutenant (2LT) Spenser Rapone. I thank you for your time and your continued commitment to the United States Military Academy (USMA). I take this matter very seriously.

2LT Rapone’s conduct is the subject of two ongoing investigations. As a result, what I can disclose at this point is necessarily limited. 2LT Rapone’s current unit of assignment, the 10th Mountain Division, is in the process of investigating his recent conduct and determining any appropriate actions to take. I directed an additional investigation last week to look inward at the USMA’s policies and procedures as they pertain to then-Cadet Rapone’s time at USMA, and USMA’s determination of his suitability for graduation and commissioning.

It is my duty to thoroughly investigate concerns pertaining to the effectiveness of our systems and processes to maintain the outstanding quality of USMA graduates that the Nation expects. I am committed to fulfilling that duty to both our graduates and the American people. It is imperative that this be done right.

Because of the ongoing investigation, I am limited as to what I can disclose at this time. I can assure you when the USMA investigation is complete and appropriate follow on action is taken, I will release a report summarizing the facts surrounding USMA’s knowledge of 2L T Rapone’s actions as a cadet, as well as the actions USMA took based on the information known at that time. You deserve to know this information, and I believe in being transparent in informing you, to the full extent permissible by law, of our findings and actions.

In the meantime, I ask that you help me prevent the negativity associated with the alleged behavior of one graduate from causing us to lose sight of the thousands of graduates who sacrifice and serve honorably every day. Our graduates, like recent Nininger Award recipient Captain Nick Dockery, have consistently proven their worth to our Nation. Many of you have been there, but I would invite any of you to join me for one day on the streets of Mosul, or downtown Kandahar, to understand the incredible performance of our graduates and their honorable duty and sacrifice for our Nation over these last 16 years of war.

The bottom line is this: the United States Military Academy is committed to the development of leaders who internalize our values of Duty, Honor, Country and who live West Point’s and the Army’s Values. Every member of the staff and faculty is obliged to take that mission seriously. Responding appropriately to concerns raised about the quality of USMA graduates takes time, which includes gathering all the facts and taking a hard look at whether USMA is doing everything it can to develop leaders of character and maintain the public trust.

Like many of you, I have also recently read Lieutenant Colonel (U.S. Army, Retired) Heffington’s open letter, criticizing the Academy leadership, to include calling us liars. I do not take these allegations lightly and will provide you a response with facts addressing his allegations and then you can judge for yourself whether our graduates are serving our Nation with character imbued with the values of Duty, Honor and Country, or not.

In the meantime, on behalf of the thousands of USMA graduates who have lived and served honorably and the 4,526 extraordinary members of the United States Corps of Cadets, thank you for your passion for our Alma Mater and for what it stands for and for what it does to provide for our Nation’s security.

American Military News on Wednesday published retired Lt. Col. Robert M. Heffington’s letter, an open letter to cadets and alumni of West Point that he verified and sent to American Military News. The letter had been circulating for a few days in private among the military.

Heffington was an assistant professor at West Point for several years, until this past August.

He wrote the letter in light of recent media coverage of Rapone, a West Point graduate and infantry officer who recently came under fire for his public advocacy and support of socialism and communism, and being an “official socialist organizer” of the Democratic Socialists of America (DSA). 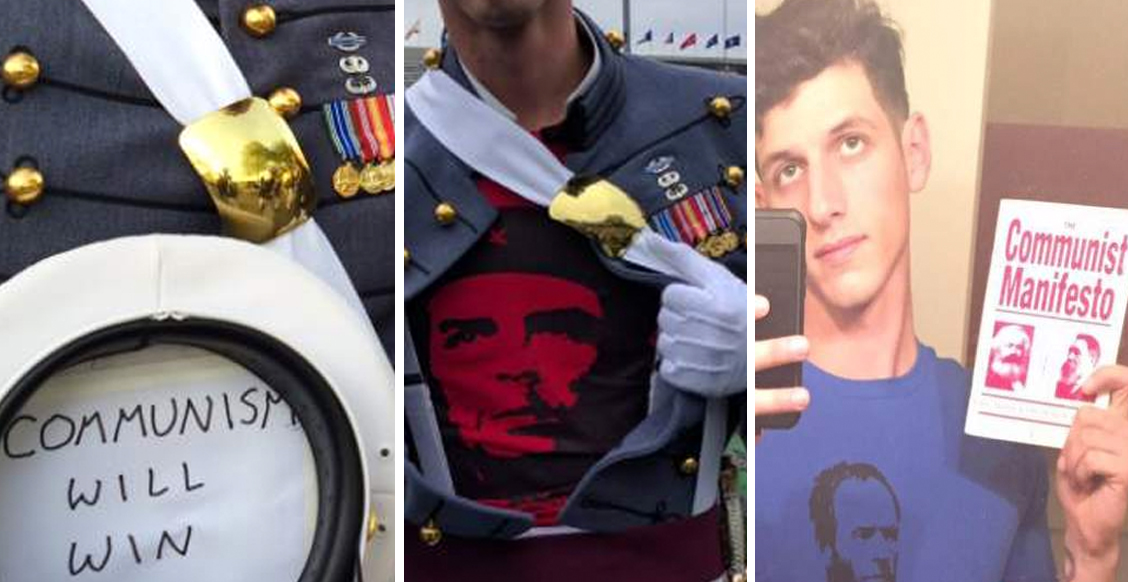 Rapone is a 2LT (Second Lieutenant) and an infantry officer in the 10th Mountain Division at Fort Drum, N.Y. He has deployed to Afghanistan and received a combat infantryman badge (CIB).

Heffington says the Military Academy turned a blind eye to Rapone’s behavior and his “very public hatred” of West Point. While this doesn’t mean leaders at West Point defend Rapone’s views, it means that West Point’s senior leaders “are infected with apathy: they simply do not want to deal with any problem, regardless of how grievous a violation of standards and/or discipline it may be,” Heffington writes.

Rapone has been widely criticized on the internet – and so has West Point, for seemingly allowing this behavior and appearing to turn a blind eye to an apparent communist who espouses many things the U.S. Military and the United States fight against. West Point has said that Rapone’s actions “in no way reflect the values of the U.S. Military Academy or the U.S. Army.”

In Heffington’s letter, he says the most recent coverage of Rapone only highlights a “disturbing trend” that he has observed over several years of being on the faculty at West Point, which are “fundamental changes […] that have eroded it to the point where I question whether the institution should even remain open.”