We spoke to ‘Thank You For Your Service’ director Jason Hall: ‘We made this movie for veterans’

“Thank You For Your Service” has been released in theaters.

It is the highly anticipated film from screenwriter and director Jason Hall that follows the lives of service members who have returned home from the war in Iraq, and how they deal with readjustment back to civilian life – family, community, pressure from others, death and finding purpose among people who can’t relate to unseen scars of war.

Hall is no stranger to the military community. Several of his family members have served in the military – he was also the screenwriter for “American Sniper,” which was the 2014 film directed by Clint Eastwood. That film is about former Navy SEAL and sniper Chris Kyle (played by Bradley Cooper), who became the deadliest marksman in U.S. military history with more than 255 kills (his own count was closer to 300) throughout four tours in Iraq – the Defense Department confirmed at least 160 of them.

“Thank You For Your Service” is Hall’s directorial debut, and it’s based on the non-fiction book of the same name written by David Finkel. It follows the stories of Sgt. Adam Schumann (Miles Teller), Tausolo Aieti (Beulah Koale) and Will Waller (Joe Cole), and various members of their families – both personal and military families. 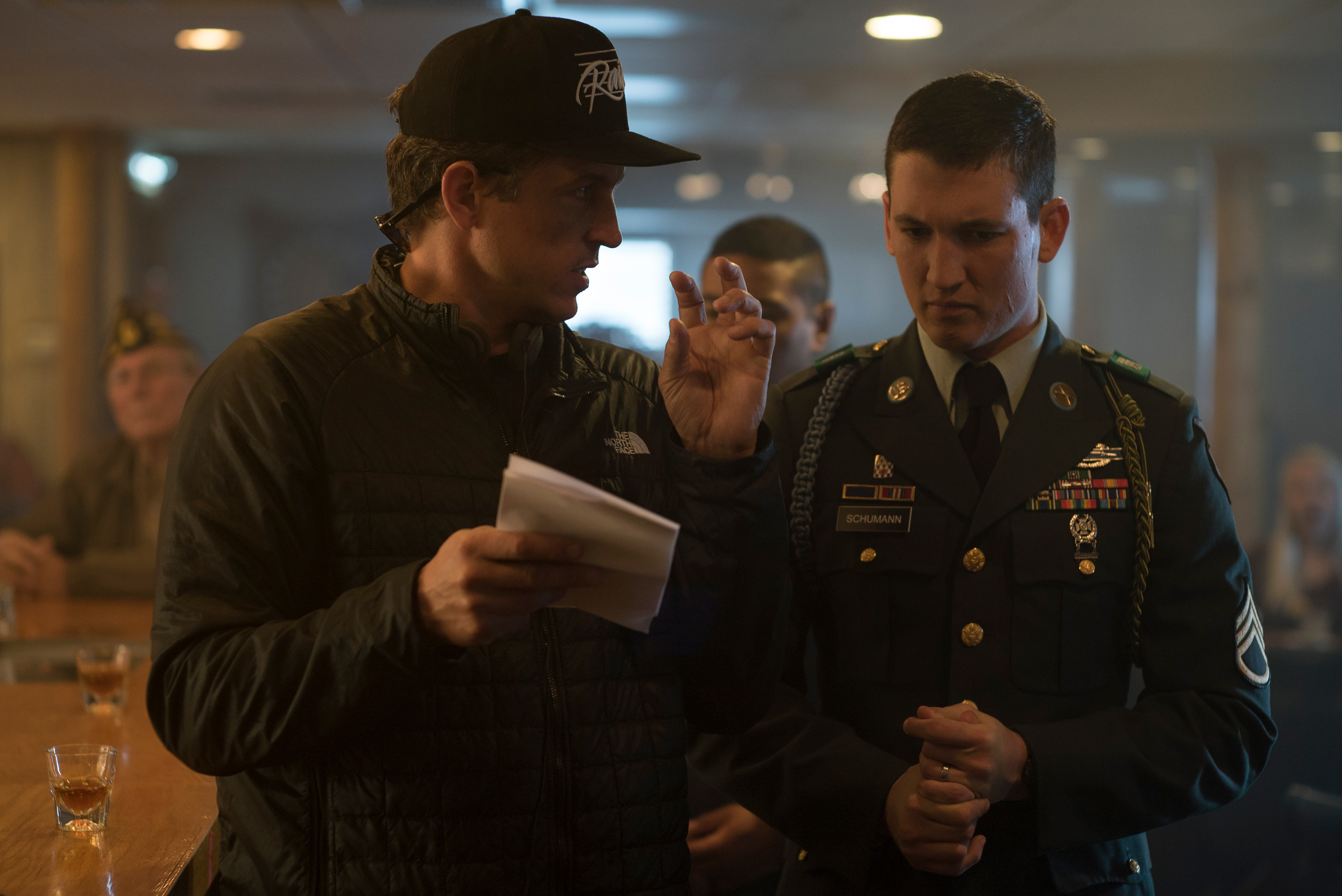 It is a raw and powerful film about the realities our service men and women face when returning home from war, including how they are welcomed back into their communities, veteran suicide, post-traumatic stress disorder (PTSD), dealing with the VA and bureaucracy, seeking treatment, and relationships with significant others – and each other.

“Thank You For Your Service” is not a trauma drama, and it’s different from other war movies.

American Military News spoke to director Jason Hall about the film, who said he wrote “Thank You For Your Service” for veterans. The film stands out for many reasons, and that is certainly one of them.

These are the six questions we asked Hall about “Thank You For Your Service.”

AMN: Given your connections to the military, do you feel more compelled to tell stories like Chris Kyle’s and Adam Schumann’s, and to “get them right,” so to speak?

Hall: I do. I come from a military family: my grandpa served, my uncle, my brother and brother-in-law… I’m held responsible to not only the memory of them, but the memory of all the other guys.

AMN: Was it important to you to tackle the “hard” topics in this film [such as veteran suicide and PTSD]?

Hall: Yes, I can’t think of anything more important than finding a way to honor these guys – these honorable men and women we send off to combat. We need to find a way to bring them home right. I think there’s something very important about this. I hope to convey that.

AMN: There are some heavy topics addressed in the film. Did you want the film to be a reflection of every veteran’s experience, or of “Big Army” as a collective?

Hall: No, I think it’s about making it a personal story. It’s about Adam [Schumann]. It’s not the story of every guy who comes home. Not every guy suffers… or suffers at all. This is the story of Adam. He came home to some difficult circumstances and dilemmas [that] make this a very personal story for him. Not to make the assumptions [about every service member] – this was Adam’s personal story. He did encounter some bureaucracy that comes about in the Army and VA. There are a lot of doctors who are trying to do a good job, but they’re overwhelmed. But we’re telling the personal side of this rather than the big side of this.

AMN: Do you think a general audience will connect to the film? Who did you write the film for in the first place?

Hall: I hope they do, but I didn’t make this movie for them. If they don’t connect or show up for it, that’s fine. I made this movie for the families of veterans, for veterans who gave their lives and sacrificed parts of themselves they’ll never get back. I made it for the wives, the caregivers, the widows who bore the brunt of this battle. This is for them. I wanted to explain what our warriors went through, and what they dealt with coming home. I wanted to take some burden and open the door for them to step through and have a conversation about this.

AMN: Do you think the film matters even more in a society today where the war is far removed from many peoples’ lives, especially given there is an increasingly smaller percentage of Americans who are veterans in this country?

Hall: I don’t think we know a lot of people who served. Most people have a hard time pointing to a neighbor or relative who has served. It’s removed from us partially by this socioeconomic draft where people in certain areas of the country are signing up, and certain other areas feel immune to it – they feel far from the war. They don’t experience them [service members] coming home and coming back into the community. In that way, the movie is about education. Not in a dry way, but giving that experience [of what it’s like to know a veteran] to a major audience – what it’s like to walk back into these homes, having the after-war echoing inside of these guys.