The U.S. Navy has removed the commander officer and executive officer from the guided-missile destroyer USS John S. McCain following a fatal crash in August when 10 sailors were killed.

The USS John S. McCain officers were relieved due to “loss of confidence,” the U.S. Navy’s 7th Fleet said Wednesday.

The 7th Fleet had also relieved the commanding officer, executive officer and command master chief of the guided-missile destroyer USS Fitzgerald, citing “poor seamanship,” and several other watch standers are being held accountable for the deadly crash that killed seven sailors on June 17.

U.S. Navy in August recovered the remains of all 10 sailors who died after the USS John S. McCain collided with an oil tanker off the coast of Singapore on Aug. 21. 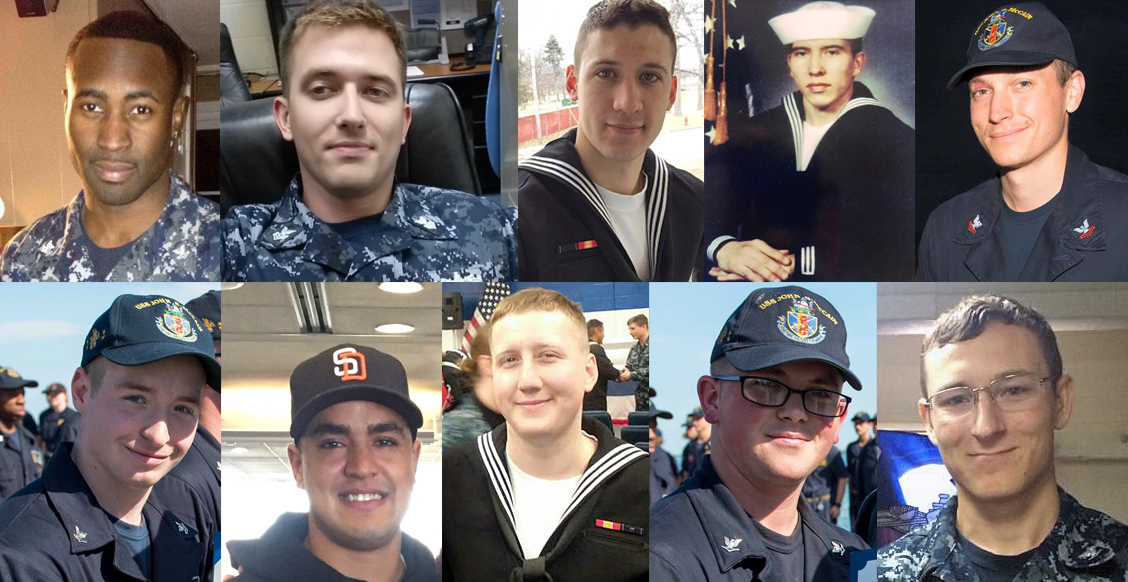 As for the possibility that the collisions were caused by “cyber intrusion or sabotage,” the Navy indicated that this didn’t seem like the case in these situations.