Officials from the US Air Force and US Strategic Command have said there are no immediate plans to put nuclear bombers on 24-hour alert.

Questions about plans for US bombers came after a Defense One report that facility upgrades at Barksdale Air Force Base in Louisiana were part of an effort to prepare for an order to go to 24-hour ready alert with US nuclear bombers.

“This is yet one more step in ensuring that we’re prepared,” Air Force Chief of Staff Gen. David Goldfein told Defense One, though he and other officials stressed that no such order had been given.

Among the upgrades planned at Barksdale are the renovation of quarters for crews who could man bombers stationed there and the construction of storage facilities for a nuclear cruise missile that is being developed. The B-52 and the B-2 are the only Air Force bombers capable of carrying out a nuclear attack.

While Goldfein is responsible for the Air Force and making sure its forces — including bombers and intercontinental ballistic missiles — are trained and equipped for any scenario, Strategic Command makes operational decisions about US nuclear-weapons systems. 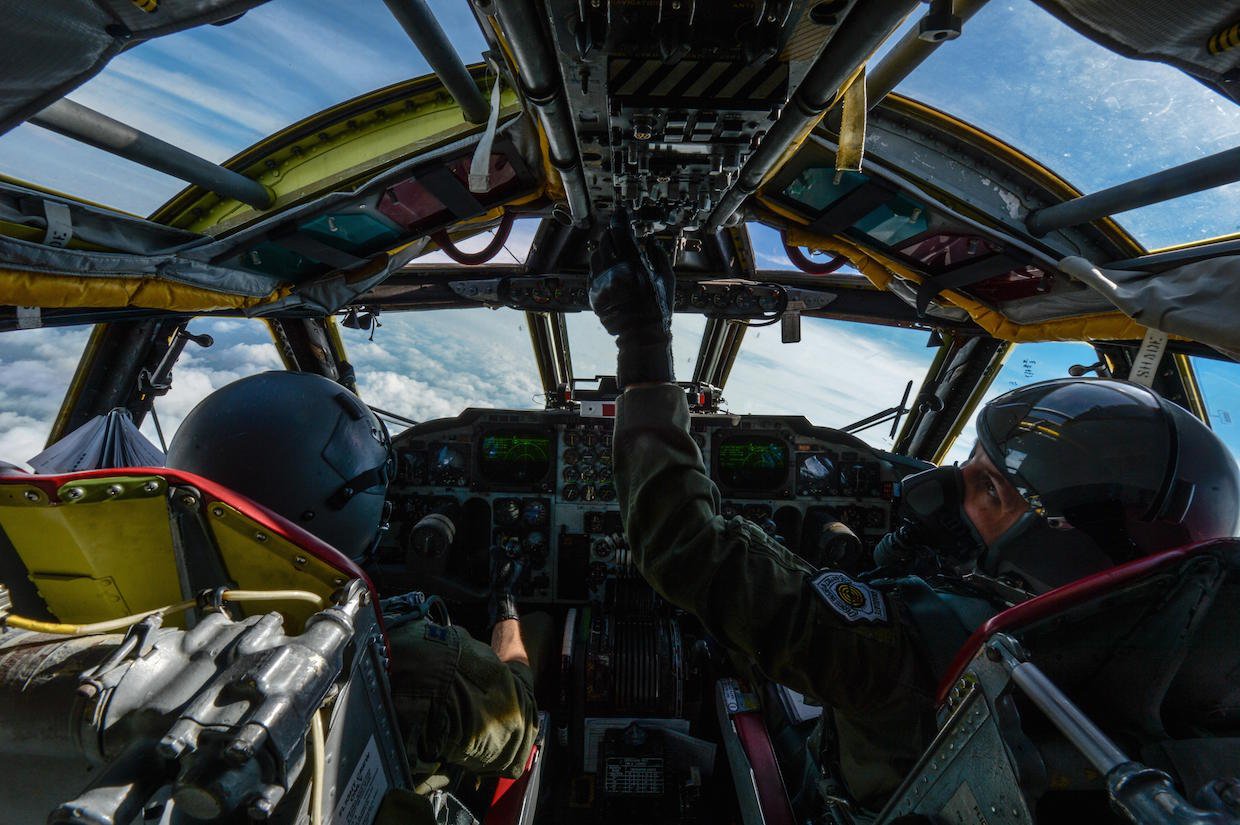 US Strategic Command chief Air Force Gen. John Hyten said through a spokesman that he was not currently considering putting bombers on alert.

“There are no discussions or plans for US Strategic Command to place bombers on alert. Any decisions related to the posture of nuclear forces would come from, or through, US Strategic Command,” the spokesman told Breaking Defense. “We constantly train, prepare and equip our personnel to ensure we have a combat-ready force that underwrites strategic deterrence in the 21st century.”

Air Force spokeswoman Ann Stefanek acknowledged that base-infrastructure upgrades, exercises, and equipment modernization were all happening but said they were needed to “maintain a baseline level of readiness.”

“We do this routinely as part of our organize, train and equip mission so our forces are ready to respond when called upon,” she told Defense News, noting that a return to alert status was not imminent.

Air Force spokesman Brig. Gen. Ed Thomas also told reporters on Monday that that he had spoken with Strategic Command and Air Force Global Strike Command, which are both responsible for nuclear-bomber missions, and said a 24-hour ready alert was not being considered.

“There’s not any discussions or plans to bring bombers on a 24-hour nuclear alert right now,” Thomas said, according to Military.com.

But, when asked if the facilities being upgraded could support a 24-hour ready alert in the future, Thomas said, “Absolutely they could be,” because they are built for nuclear command, control, and communications crews. (Air Force Global Strike Command set up a new entity at Barksdale to oversee Air Force NC3 operations in April.)

“Right now those discussions are not happening. Could they or would we be ready for them? Absolutely,” Thomas said. “Could we be doing the mission? We could stand that up very quickly. I just don’t want to overplay something.”

The alert facility at Barksdale has been undergoing work since August 2016, and Strategic Command provided some money for the renovations. While the facility could house nuclear-bomber crews, it is more likely to house crews manning the E4-B National Airborne Operations Center planes that are used by the defense secretary and other senior officials during times of emergency.

US has not had its nuclear bombers on 24-hour alert since 1991, and the 2010 New Start Treaty signed by the US and Russia prohibited putting heavy bombers on alert during peacetime.