Eminem takes his first shot by mocking some of Trump’s latest comments made last week when the President invited military leaders and their spouses to the White House for dinner and discussion.

“You guys know what this represents? Maybe it’s the calm before the storm,” Trump had said to reporters.

“It’s the calm before the storm right here,” Eminem says in the video. “Wait, how was I going to start this off? I forgot.”

Eminem also took aim at his fans that are Trump supporters, as well.

“And any fan of mine, who’s a supporter of his, I’m drawing in the sand a line, you’re either for or against, and if you can’t decide, who you like more and you’re split on who you should stand beside, I’ll do it for you with this. Fu-k you,” Eminem says before flashing the camera his middle finger.

Eminem attacks Trump for a number of reasons, including his responses to the NFL protests, Hurricane Maria in Puerto Rico, and the Lass Vegas shooting massacre.

Here are just a few of the verses Eminem rapped in the video:

“We better give Obama props ’cause what we got in office now is a kamikaze that will probably cause a nuclear holocaust while the drama pops, and he waits for s–t to quiet down, he’ll just gas his plane up and fly around till the bombing stops,” Eminem says, making a reference to President Trump’s interaction with North Korea’s Kim Jong Un.

“Yeah, sick tan. That’s why he wants us to disband cause he cannot withstand the fact we’re not afraid of Trump. Walking on egg shells, I came to stomp. That’s why he keeps screaming: ‘Drain the swamp,’ cause he’s in quicksand.”

“It’s like we take a step forwards then backwards. But this is his form of distraction, plus he gets an enormous reaction when he attacks the NFL, so we focus on that instead of talking Puerto Rico or gun reform for Nevada. All these horrible tragedies and he’s bored and would rather cause a Twitter storm with the Packers,” Eminem says, making references to President Trump’s reactions to the NFL protests.

“He says he wants to lower our taxes, then who’s going to pay for his extravagant trips back and forth with his fam to his golf resorts and his mansions,” Eminem asks, making a reference to President Trump’s unveiled tax plan calling for tax cuts and a change in the tax code.

“Same sh-t that he tormented Hillary for and he slandered then does it more. From his endorsement of Bannon, support for the Klansman, tiki torches in hand for the soldier that’s black and comes home from Iraq and is still told to go back to Africa.”

“He says you’re spitting in the face of vets who fought for us, you bast–ds. Unless you’re a POW who’s tortured and battered cause to him you’re zero cause he don’t like his war heroes captured. That’s not disrespecting the military,” Eminem says, making references to Republican Sen. John McCain.

“F–k that, this is for Colin, ball up a fist and keep that s–t balled like Donald the b—-,” Eminem says, referring to former NFL quarterback Colin Kaepernick’s decision to kneel during the national anthem. 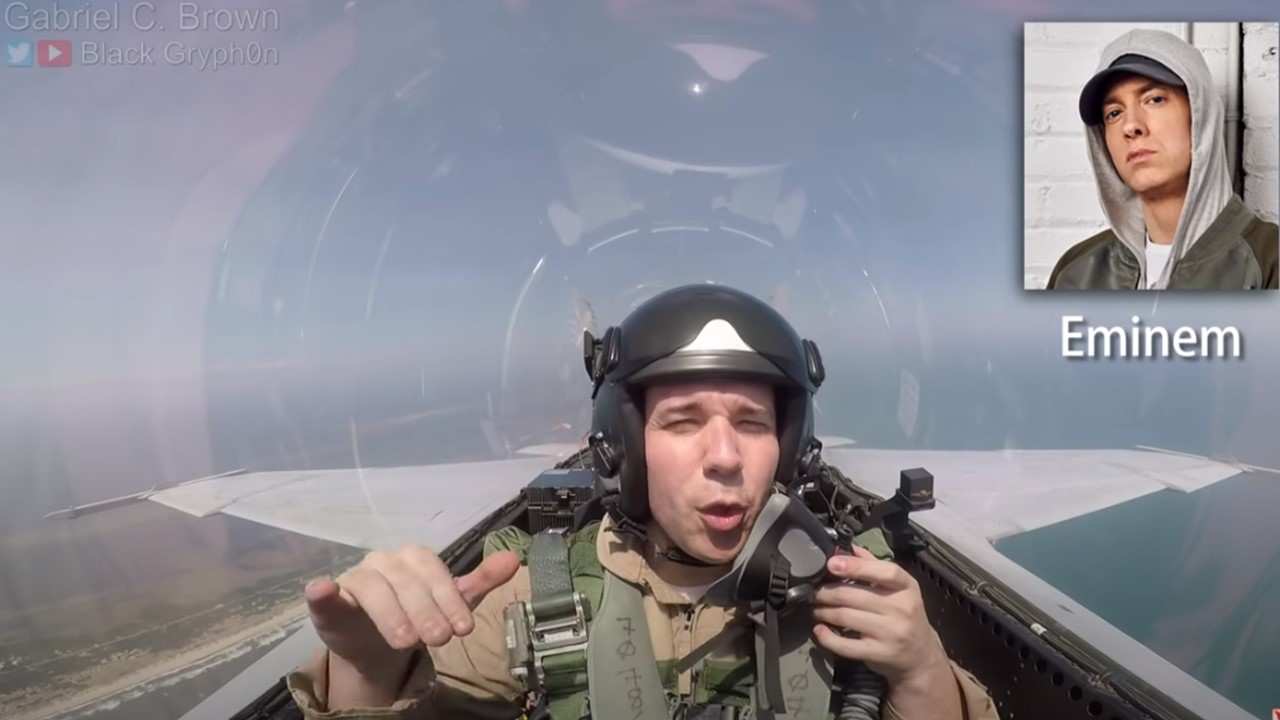 “The rest of America, stand up. We love our military and we love our country but we f—–g hate Trump,” he says at the end of the video.

On Tuesday night, Colin Kaepernick wrote on Twitter expressing his appreciation toward Eminem.

“I appreciate you, Eminem,” he tweeted, along with the viral video.

I appreciate you @Eminem ✊🏾 pic.twitter.com/nwavBwsOkQ

Eminem has previously lashed out against President Trump.

In August, at the Reading Festival, Eminem lead a “F–k Trump” chant.