A U.S. District Court judge ruled Monday that there can be no changes to the U.S. Military’s transgender policy while there is a pending case against the proposed ban that is being reviewed in court, according to reports.

The judge, Colleen Kollar-Kotelly, also denied a motion to block the ban on gender reassignment funds. 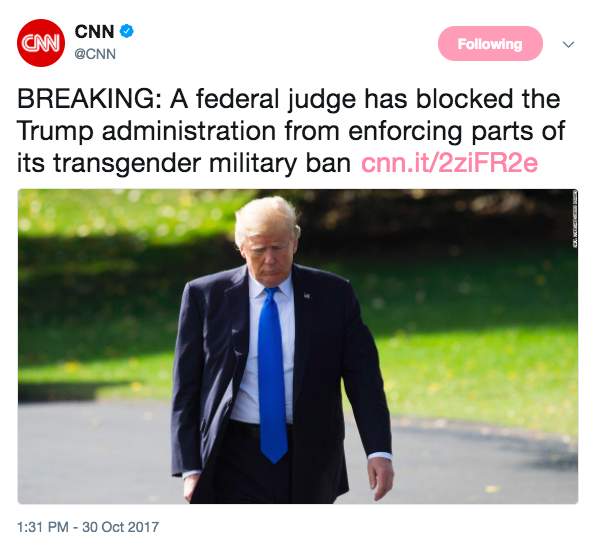 President Donald Trump in August signed a directive that instructed the Pentagon to prohibit transgender people from joining the military, and it gave Defense Secretary Jim Mattis the power to remove any transgender service member based on deployability.

Kollar-Kotelly on Monday held that the plaintiffs “have established that they will be injured by these directives, due both to the inherent inequality they impose, and the risk of discharge and denial of accession that they engender,” CNN reported.

The U.S. government had argued that the lawsuit was “premature,” CNN reported, and to dismiss the case. 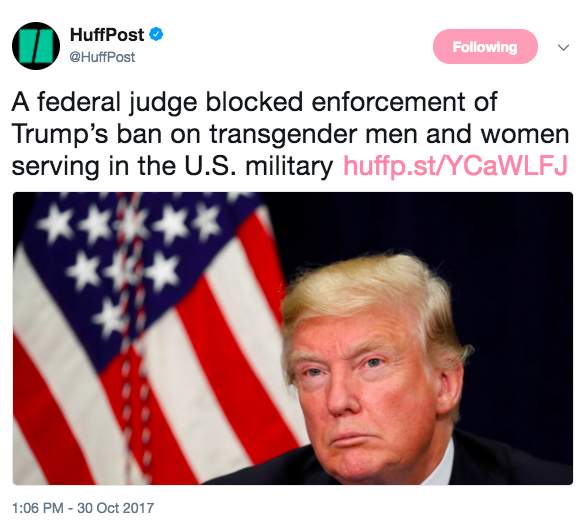 On July 26, Trump announced the ban in three tweets that seemingly blindsided officials and outraged many people.

“After consultation with my Generals and military experts, please be advised that the United States Government will not accept or allow Transgender individuals to serve in any capacity in the U.S. Military,” Trump had tweeted.

“Our military must be focused on decisive and overwhelming victory and cannot be burdened with the tremendous medical costs and disruption that transgender in the military would entail,” he said.

Mattis reportedly had six months from August – which would put the end date sometime in or around February – to prepare to implement the White House’s directive.

After the President’s directive was released, Mattis in August said that transgender troops will continue to serve in the U.S. military, pending the results of a study from experts Mattis will select who will provide advice on Trump’s recent memorandum.

The American Civil Liberties Union (ACLU) in August announced it was suing President Trump over his transgender ban for the U.S. military.