34 shot, 5 fatally, over the weekend in Chicago

The city racked up 34 shootings over the weekend, but gun violence is down as of this time last year, according to data kept by the Tribune.

From Friday afternoon through Monday morning, five people were killed, including two teenagers. Another 29 people were wounded. 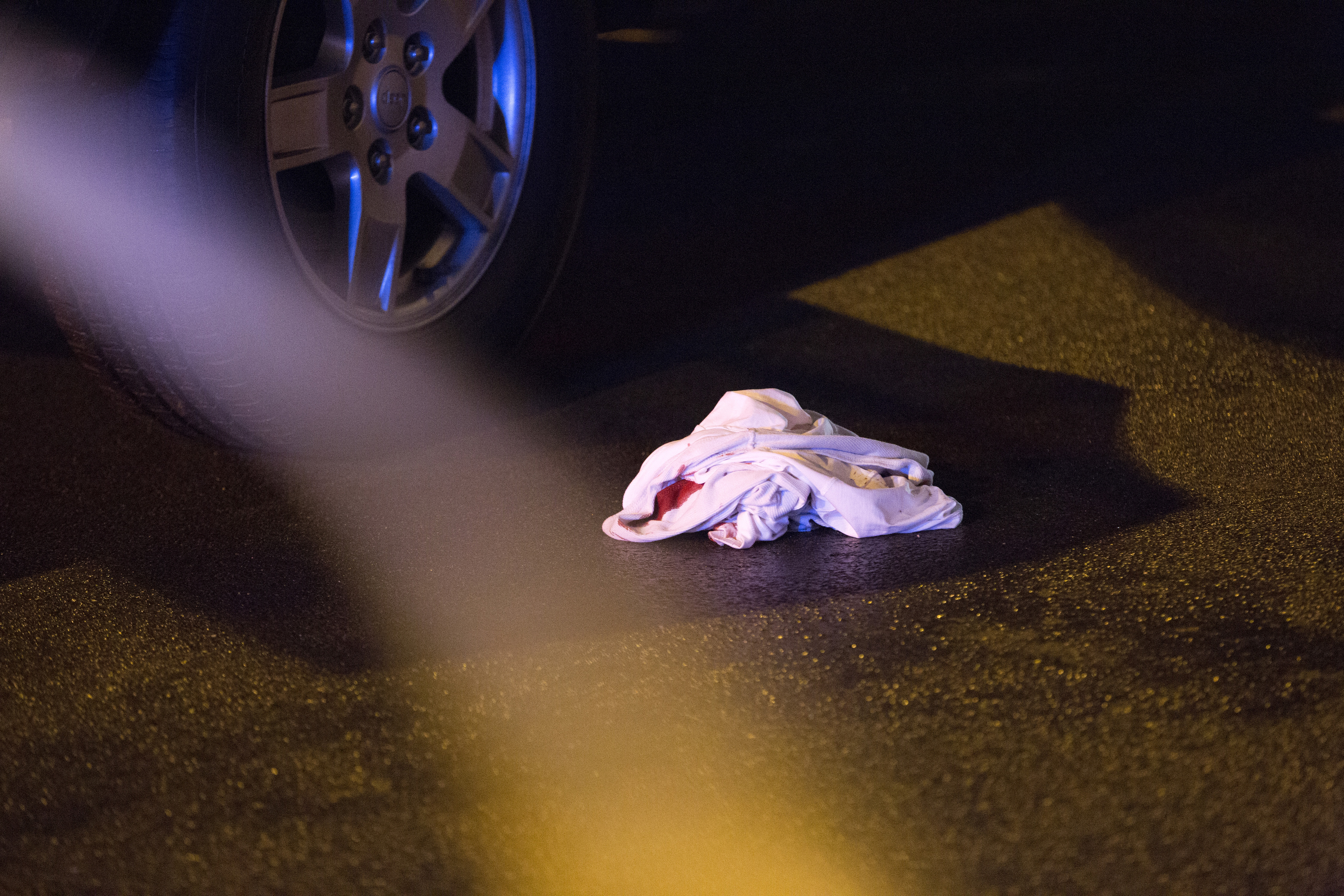 A bloody piece of clothing is seen next to a vehicle involved in shooting that left two people injured in the 3400 block of South Halstead Street Saturday, Oct. 7, 2017, in the Bridgeport neighborhood of Chicago. The shooting may have occurred at a nearby liquor store on West Root Street. (Erin Hooley/Chicago Tribune/TNS)

The final person killed this weekend was a 24-year-old man shot in an alley in the 8300 block of South Ingleside Avenue on the South Side in the East Chatham neighborhood.

The attacks also included a triple shooting outside of a bachelorette party that wounded three men in the city’s Bronzeville neighborhood on the South Side on Saturday.

The youngest shooting victims this weekend were two 17-year-olds injured in a double shooting while driving in the 200 block of West Garfield Boulevard about 8:45 p.m. in the Fuller Park neighborhood.

Homicides in the city are also down. Chicago has reached 572 killings as of Monday, compared to 586 last year.

Visit the Chicago Tribune at www.chicagotribune.com