The US Navy announced on Wednesday that the USS Nimitz aircraft carrier had left the Middle East, where it was conducting operations against ISIS, and heading to the Pacific on a previously scheduled visit.

The Nimitz will join two other US aircraft carriers, the USS Ronald Reagan and the USS Theodore Roosevelt, amid ongoing tensions with North Korea.

North Korea has not test launched a missile in over a month, but has continued its threats on Guam and even threatened to detonate a nuclear weapon above ground last week.

Here’s what the three carriers are bringing to the Pacific.

The USS Nimitz, USS Roosevelt, and USS Reagan are all Nimitz-class aircraft carriers.
Each carrier is about 1,092 feet long, 252 feet wide, and 134 feet from waterline to flight deck.

The USS Nimitz in the Pacific in 2012.Eva-Marie Ramsaran/US Navy

Each carrier has two nuclear reactors that power four steam turbines and shafts that bring the carriers to speeds of more than 34 mph.

They are each assigned a Carrier Air Wing, which generally consists of about nine squadrons and five different kinds of the following aircraft.

An F/A-18C Super Hornet leaving the Roosevelt to visit Wake Island on Friday.Screenshot/Twitter via @PacificCommand

One squadron of E-2C Hawkeyes.

An E-2C Hawkeye preparing to launch from the USS Ronald Reagan in 2011.Josh Cassatt/US Navy

One squadron of EA-18G Growlers.

An EA-18G Growler launching from the USS Nimitz while stationed in the Middle East last week.Elesia K. Patten/US Navy

One squadron of C2-A Greyhounds. 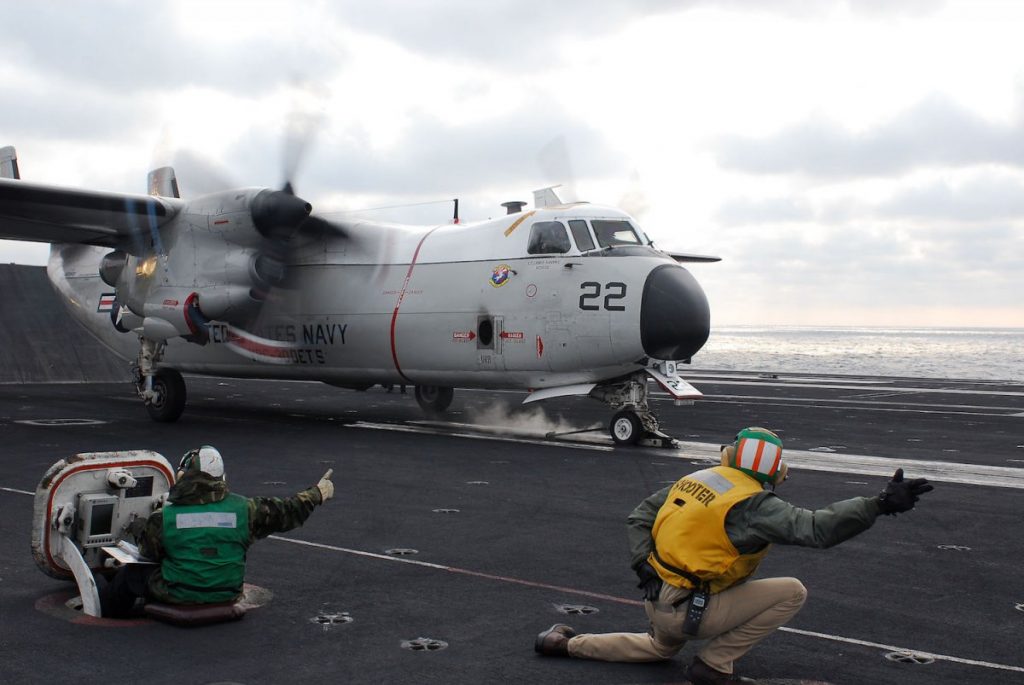 A C-2A Greyhound from the USS Ronald Reagan in 2011.Michael Feddersen/US Navy

And two squadrons of Seahawk helicopters. 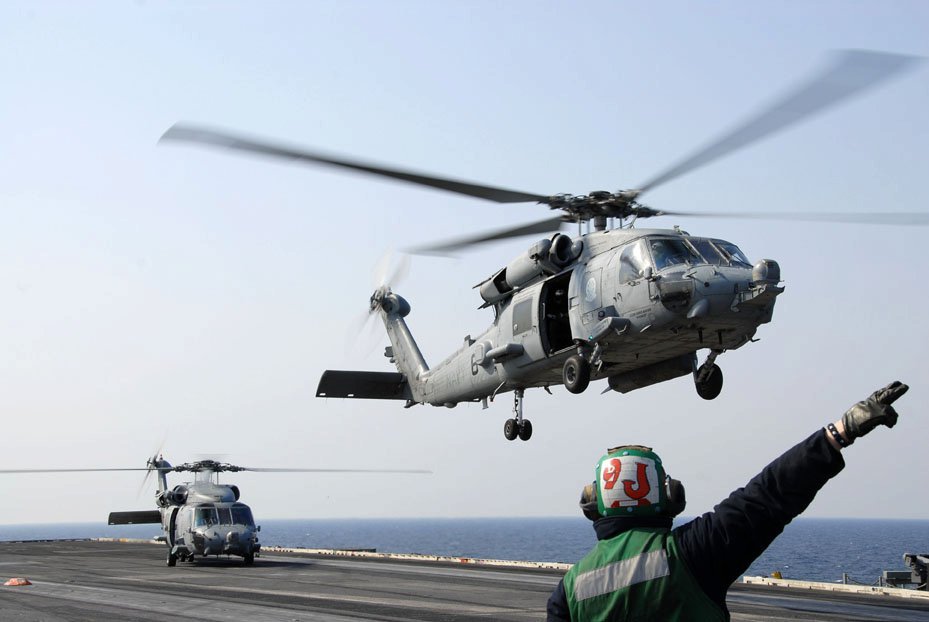 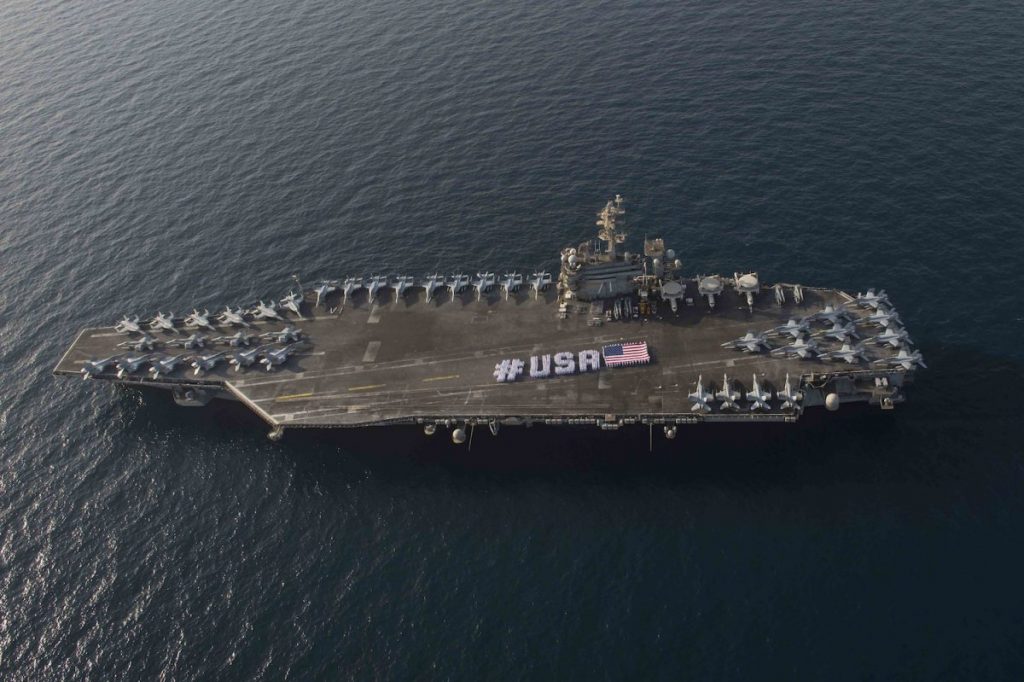 One is the NATO Sea Sparrow missile system, which is a short-range antiaircraft and anti-missile weapon system that fires RIM-7M missiles.

The other is a 20 mm Phalanx Close-In Weapon System, which is the last line of defense against an incoming missile.

A CIWS test firing aboard the USS Nimitz in 2013.Raul Moreno Jr./US Navy

Read more about what the CIWS can do here.

A Carrier Strike Group consists of at least one cruiser, six to 10 destroyers and/or frigates, and a Carrier Air Wing. The carriers are used for offensive operations, while the other ships defend the carrier.

The Nimitz, Roosevelt, and Reagan are all currently accompanied by a Carrier Strike Group in the Pacific.

The Pentagon also recently said that the three carriers are “not directed toward any particular threat,” and Flanders said the Nimitz’s visit had been planned for months, as it has to cross the Pacific to reach its home port at Naval Station Bremerton in Washington state.

When asked if the Nimitz would head straight home or stay in the Pacific for any given period of time, Flanders said only that when the Nimitz travels through the Pacific, it falls under the command of the 7th Fleet.