Op-Ed: Strategic missile submarines are the Navy’s number one priority

Last December, the U.S. Navy announced the name of the first ship of a new class of ballistic missile submarines (SSBNs). The new ballistic missile submarine, or boomer, will be named USS Columbia after the District of Columbia and designated SSBN 826. The first Columbia-class submarine will not enter service until 2031, but the program is already the Navy’s number one priority for funding and acquisition. It is expected that nearly $128 billion will be spent to develop and build the 12 new SSBNs.

Ballistic missile submarines are an important part of the United States ability to deter, but if necessary fight, a nuclear war with their SLBMs, or submarine ballistic missiles. SSBNs make up one leg of the Nuclear Triad, with the other two legs being land-based Minuteman intercontinental ballistic missiles (ICBMs) and nuclear capable strategic bombers such as the B-52, B-2 and the future B-21. Of this “triad,” the SSBN is the most survivable platform, and the one weapon system that creates a pause in the minds of other nation’s war planners. Nearly undetectable, the SSBNs prowl the oceans in solitude waiting for a launch message all hope will never come. While an adversary may know the location of every missile silo or bomber base, the exact location of the America’s ballistic missile submarines is unknown and it is this threat of near instant retaliation that has prevented a nuclear exchange.

America has been conducting strategic deterrent patrols since 1960 with SSBNs. USS George Washington was the first to go to sea, establishing a pattern that has not been broken since then. Using two crews – a Blue and Gold – the submarines are able to maximize their time at sea ensuring the maximum amount of coverage and flexibility is given to U.S. Strategic Command.

When USS Columbia enters the fleet, she will be replacing the SSBNS of the Ohio-class. Originally there were 18 Ohio-class boomers, but now only 14 continue to conduct deterrent patrols. The first four submarines of the class – the Ohio, Michigan, Florida and Georgia – have all been converted to guided missile submarines, or SSGNs. Instead of carrying SLBMs, they now carry Tomahawk cruise missiles and support special warfare missions by embarking SEALs and equipment to support those operations. The Ohio-class boats were all commissioned between November 1981 and September 1997, and are a 1970’s design that is rapidly nearing the end of their service lives.

USS Ohio concluded her first deterrent patrol in 1982 and it will be nearly 50 years before the next class of SSBNs do the same. Following the collapse of the Soviet Union in 1991, the so-called “Peace Dividend” and the never-ending conflicts post-9/11, the Navy has not moved forward on an Ohio replacement until the last several years. As a result, the Navy has put the construction of the new ballistic missile submarines on such a tight schedule that no room for error exists. USS Henry M. Jackson will be the first of the Ohio-class to be decommissioned and that is scheduled to occur in 2027. In each successive year one Ohio boat will be retired further straining the SSBN fleet until the Columbia-class begins to arrive. 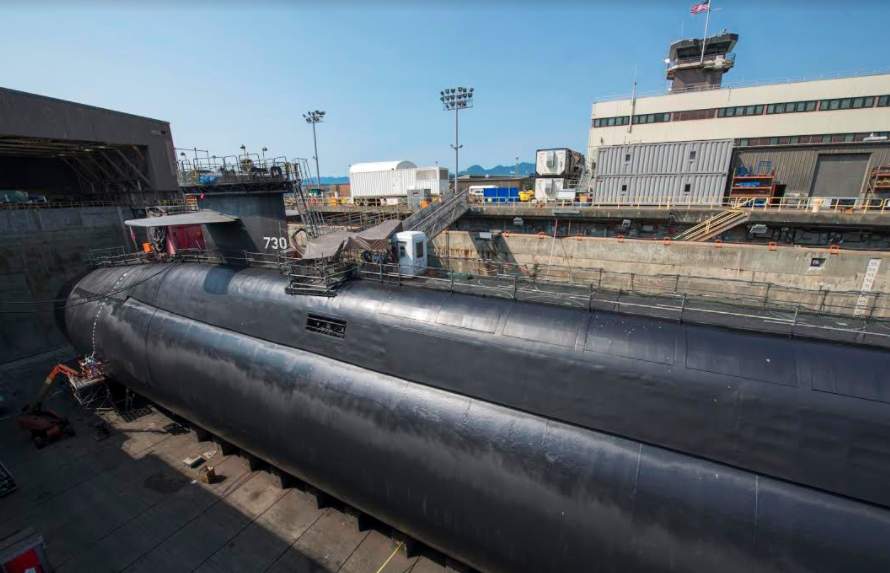 Unlike the Ohio-class boats that she will be replacing, Columbia not carry 24 Trident II D5 SLBMs. Instead the submarine will only carry 16 of the missiles, each capable of carrying 8-12 warheads. Columbia is expected to have a 42-year life span with a life-of-ship nuclear reactor which reduce overhaul periods allowing for the boats to spend more of their time at sea. Each submarine of the Columbia-class is expected to make 124 deterrent patrols over those 42 years, serving until 2085.

The Navy has traditionally added all research and development costs to the first ship of any class (look at the price tag of USS Gerald R. Ford), but with Columbia those cost are going to be spread out among the boats, suggesting that R&D will continue throughout the construction of the SSBNs, allowing for modifications and alterations to implemented as soon as the threat dynamic changes.

If there is one program the Navy must get right it is the Columbia-class. As the final design studies are underway at Electric Boat, which is the main contractor for the project, there can be no be errors or delays such as the Navy’s newest aircraft carrier experienced. Being late with Columbia is not an option. Strategic missile submarine patrols have secured our nation’s past, and will continue to secure our future.