Two men from the American security company that was hired to protect the U.S. government compound in Benghazi, Libya, in 2012 have come forward and said they were pressured to cover up the botched security situation there, and that poor decision making from the top down is what led to the tragedy of four Americans, including two former Navy SEALs, being killed in the terrorist attacks five years ago.

Brad Owens and Jerry Torres recently spoke exclusively to Fox News. They said their company, Torres Advanced Enterprise Solutions, was pressured by then-Secretary of State Hillary Clinton’s department to keep their mouths shut regarding a big security gap at the CIA compound in Benghazi, and that they were later called in last-minute for security when the company that had been hired couldn’t get the job done. It was during the transition period that the attacks took place.

Torres Advanced Enterprise lost a spring 2012 bid for the Benghazi compound contract to The Blue Mountain Group out of the U.K., reportedly a small, inexperienced security company.

Owens told Fox that the people who made decisions “made the poor choices that actually, I would say, were more responsible for the Benghazi attacks than anyone else, [and] they’re still in the same positions, making security choices for our embassies overseas now.”

It was an “admission of the mistake of choosing the wrong company,” Owens told Fox News. “They came back to us and said, ‘Can you guys come in and take over security?’ So we were ready.”

However, at that time, it would have taken their company two or three weeks to be properly set up, Torres pointed out to Fox. The attacks took place 12 days later.

Torres said the attacks were a result of “bad decision-making from top to bottom.”

Clinton continues to receive a tremendous amount of backlash for the decisions made by her and the State Department five years ago.

On the fifth anniversary of the attacks, one Twitter user said Clinton “should be in a cell, not on a book tour.”

Another Twitter user said: “5 years ago today, Hillary Clinton turned her back on our soldiers which ended up killing them.”

And Kris “Tanto” Paronto tweeted in response to one of Clinton’s tweets on Sept. 11. Paronto is one of the survivors and heroes of the 2012 terror attacks on the U.S. government facilities in Benghazi. He is a former Army Ranger from the 2nd Battalion 75th Ranger Regiment. 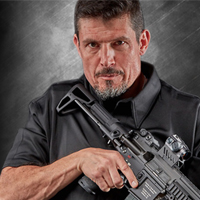 He tweeted: “Today […] we remember my two teammates who u watched die on rooftops after 8.5 [hours and] 4 prior firefights. The fact is u did nothing 2 help.”

In the aftermath of the attacks, a State Department contracting officer, Jan Visintainer, met with Torres in early 2013 to warn him that he should not speak about what happened in Benghazi.

Now, both men think another attack like the one in Benghazi can happen again, given that the same employees are still at the State Department.

Fox reported that the State Department declined their request to interview Visintainer or have her respond to questions via email; and The Blue Mountain Group did not immediately respond to their questions.

The Benghazi attack was initially thought to be a response from an angry mob in retaliation of a recently released anti-Muslim video titled “Innocence of Muslims.” However, it was later deemed to be a terrorist attack.

At around 9:40 p.m. local time, a large number of armed men attacked the compound. Stevens and Smith died from smoke inhalation, while Woods and Doherty were killed by two separate mortar rounds that hit their position at the CIA annex.

A report released last year revealed that the Obama administration and then-Secretary of State Hillary Clinton failed to protect the American diplomats.

The 800-page report revealed that in the months leading up to the attack, there was worsening security in Libya, poor bureaucratic leadership and inadequate resources. The report showed Clinton and the State Department’s inadequacy to protect the Libyan diplomatic outpost. The report also revealed that the CIA missed the threat and wrote faulty intelligence after the attack.

Clinton told a U.S. House committee last year that she was aware of the dangers in Libya but “there was no actionable intelligence” indicating a planned terrorist attack. The report showed that intelligence was available, but Clinton and her top aide, Patrick Kennedy, failed to realize the risk of a potential attack.

The 800 page report took more than two years to investigate and complete.

The final report of the Benghazi attack criticizes Clinton’s use of a private email account during the attacks. It also offers why no Department of Defense assets moved in to help the four Americans who were killed in the attack. Obama and then-Defense Secretary Leon Panetta approved the U.S. military to do anything it could and move in around 8:30 p.m. at night, but the Defense Department failed to meet deployment times and no one was deployed for hours. The Defense Department said it could not have responded in time, but according to the panel, it should have tried because it didn’t know when the attack would end.