North Korea received $798,000 from UN to make itself ‘ozone-friendly’

A United Nations project approved in 2014 that would help make North Korea more “ozone-friendly” is garnering recent attention, as North Korea has taken the world spotlight with its nuclear missile program tests and threats this year. And, the United Nations recently passed sanctions on North Korea that ban the country from exporting coal, iron, iron ore, lead, lead ore and seafood.

The United Nationals Industrial Development Organization (UNIDO) was allocated more than $798,000 to phase out hydrochlorofluorocarbons, or HCFCs, in North Korea in order to reverse damage done to the ozone layer – and more than half of those funds have already been used. This includes a large contract awarded to a Chinese company for $265,000.

The UNIDO website shows that more than $466,000 of the funds have already been spent, the bulk of that having been used in 2016. The project includes a conversion of several factories that currently use HCFCs, improvements in recovery and recycling, and also money for public education and awareness. 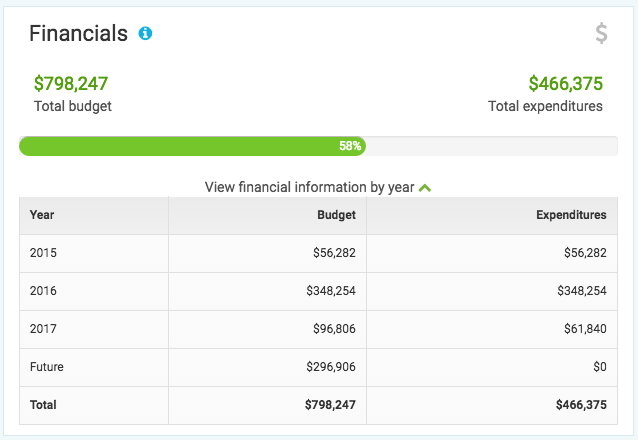 According to the UNIDO website, “The Government of the Democratic People’s Republic of Korea [DRK] has submitted an HPMP including activities to return to compliance with the assistance of the Multilateral Fund. The plan of action for returning to compliance includes speedy implementation of HCFC phase-out activities combined with policy initiatives and awareness activities.”

The project is about 66 percent done, and is supposed to be completed by the end of 2018.

UNIDO was selected as the lead agency for this project.

The Executive Committee of Multilateral Fund for Implementation of Montreal Protocol (MLF EC) approved the funding; the Multilateral Fund is is dedicated to reversing the deterioration of the Earth’s ozone layer, according to its website.

It was established in 1991 to assist developing countries meet their Montreal Protocol commitments. It is managed by an Executive Committee with equal membership from developed and developing countries. The Fund Secretariat in Montreal assists the Committee in this task. Since 1991, the Fund has approved activities including industrial conversion, technical assistance, training and capacity building worth over $3.6 billion.

North Korea is part of the Montreal Protocol.