How to survive a nuclear attack, and current North Korean missile ranges

The real-world threat of a nuclear incident is growing by the day due to the recent interactions between North Korea and the United States, and North Korea’s failure to dismantle and halt progress on their state nuclear weapons program. It has now been realized that North Korea’s nuclear program has progressed faster than originally anticipated, and given their recent threats to the United States, its allies and its properties, the threat has become immediate.

Several locations – Hawaii and Guam, as well as Japan and South Korea – have begun to make preparations and notify their residents of the best courses of actions to take in case an attack does occur.

A nuclear incident could cause substantial fatalities, injuries and infrastructure destruction caused by the heat and blast of the explosion, as well as significant radiological consequences from both the initial nuclear radiation and the radioactive fallout that settles after the initial event. An electromagnetic pulse from the explosion would likely also cause telecommunications and electrical services to be disrupted.

If a reasonable estimate can be made of a person’s dose, health effects at that does can be predicted with good accuracy. There are both short-term and long-term effects.

According to DHS, acute radiation syndrome (ARS) may develop in those who are exposed to radiation levels of 50-100 rad, depending on the type of radiation and the individual. Symptoms include nausea, vomiting, diarrhea and reduced blood cell counts. Radiation, especially beta radiation, can also cause skin burns and localized serious injury. Fatalities begin to appear at 125 rad, and at doses between 300-400 rad, about half of those will die without supportive immediate treatment. At very high doses, greater than 1,000 rad, people will die within hours or days due to the effects of the central nervous system. – DHS Prep Nuclear Fact Sheet

Radiation exposure increases the risk of developing cancer, including leukemia, later in life. The increased cancer risk is proportional to radiation dose. The survivors of the Hiroshima and Nagasaki atomic bombs have about a 10-percent increased risk of developing cancers over normal age-specific rates, some occurring more than 50 years following the exposure. A long-term medical surveillance program would likely be established to monitor potential health effects of survivors of a nuclear attack. There is no evidence of genetic changes in survivors’ children who were conceived and born after the bombings in Hiroshima and Nagasaki. – DHS Prep Nuclear Fact Sheet

How to Protect Yourself

Three basic ways to protect yourself to reduce exposure to radiation are through time, distance and shielding:

“Reducing the time spent in high dose-rate areas is the greatest protective measure. Bulky isolation suits and elaborate respiratory protection methods may actually increase exposure as they reduce the speed, the ability to communicate, and worker efficiency.” – from FEMA Preparedness Guide 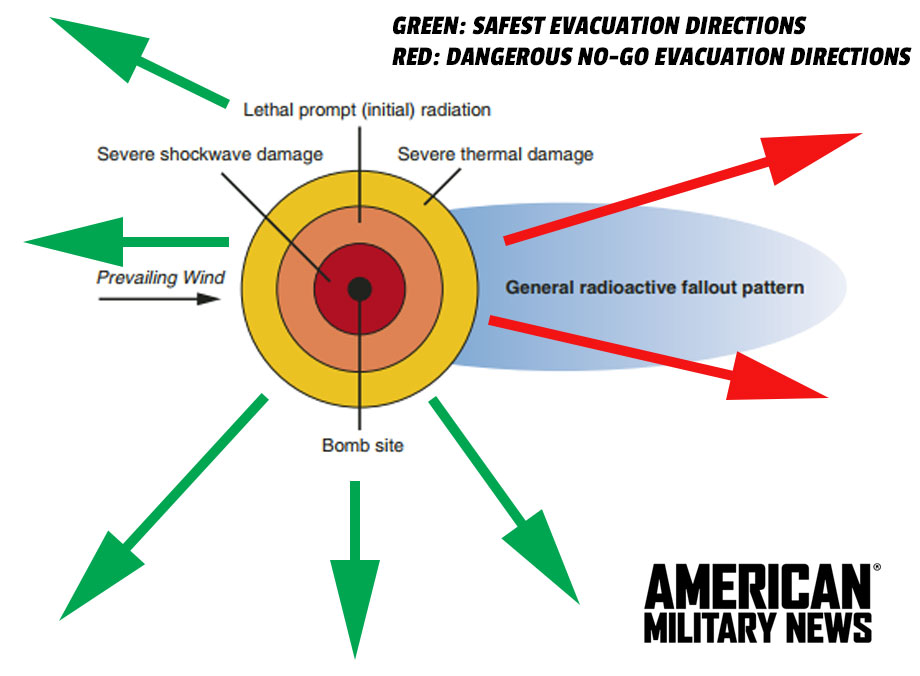 Creating an emergency kit is a good idea if you’re worried about the possibility of a nuclear incident in your area. After an emergency, you may need to survive on your own for several days. Being prepared means having your own food, water and other supplies to last for at least 72 hours. A disaster supplies kit is a collection of basic items your household may need in the event of an emergency.

These items should be stored in airtight containers, such as sealed plastic bags. Store them in easy-to-carry containers such as plastic bins or a duffel bag. (Military Veterans: Do you still have your seabag? Use that.)

The figure below shows estimates of damage zones and fallout areas following 0.1, 1 and 10KT (kiloton) detonations; distances from ground zero are in miles.

The immediate fallout zones and damage zones are not the only worry following a nuclear blast.

The “Hot Zone” – the 0.01 R/h boundary – is an area that can extend hundreds of miles beyond ground zero. This zone is noted as requiring appropriate PPE (personal protective equipment) and being monitored properly for radiation levels. The Hot Zone generally is not life threatening, but may well be within several hours of the incident. This area reaches its maximum extend at roughly one day post-incident.

Prevailing wind direction and velocity (particularly at the level of the cloud) are the most important factors in determining the area of the fallout and hot zones following a nuclear blast. If your area typically has a wind direction originating from the west, you should move north, south or toward the west, but never in the direction of the wind. 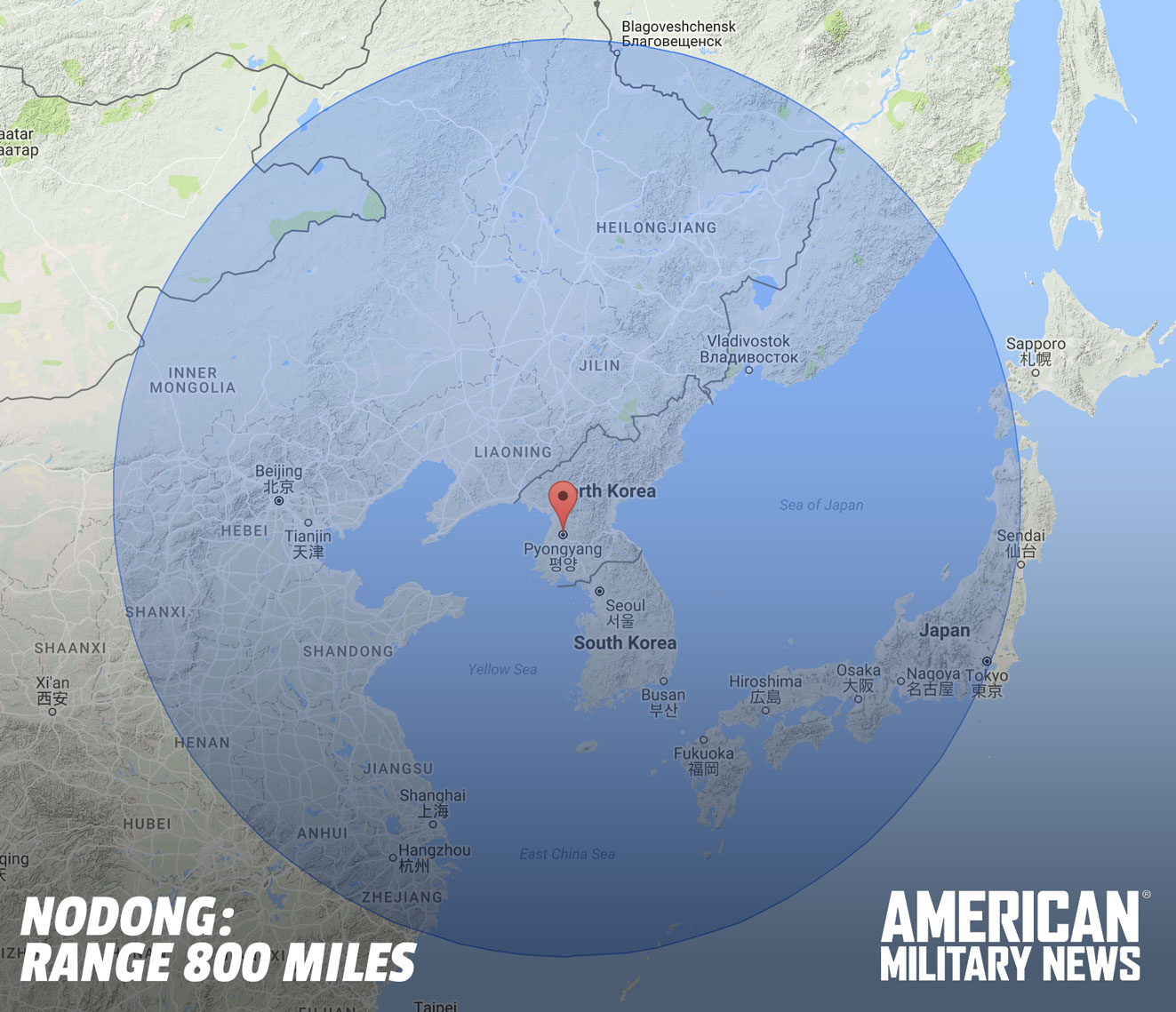 The Nodong, with a range of 600 to 800 miles, puts the DPRK’s neighbors at risk, including Japan, South Korea and China. 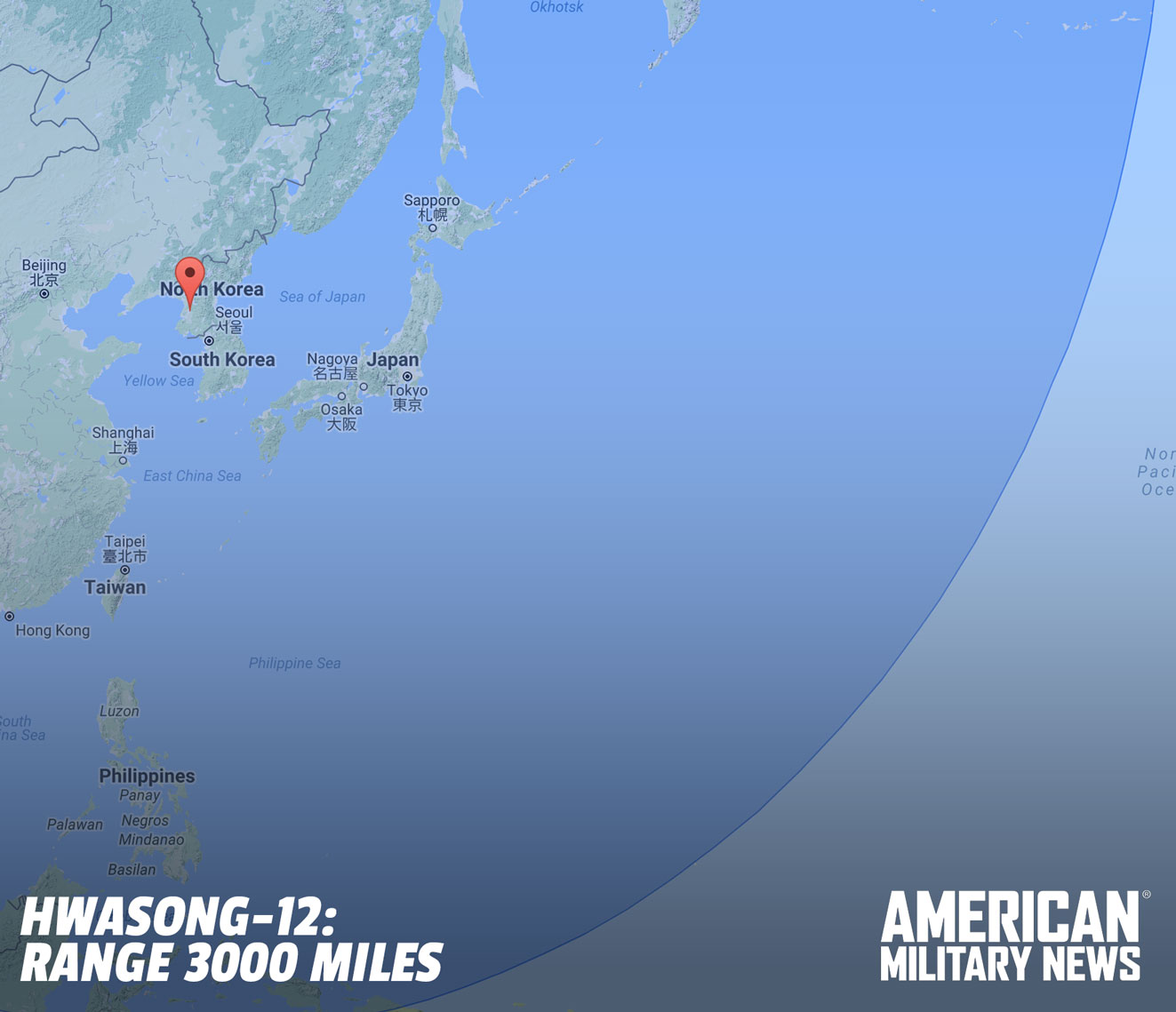 The Hwasong-12 ICBM has a range of nearly 3,000 miles, putting Guam in immediate danger. 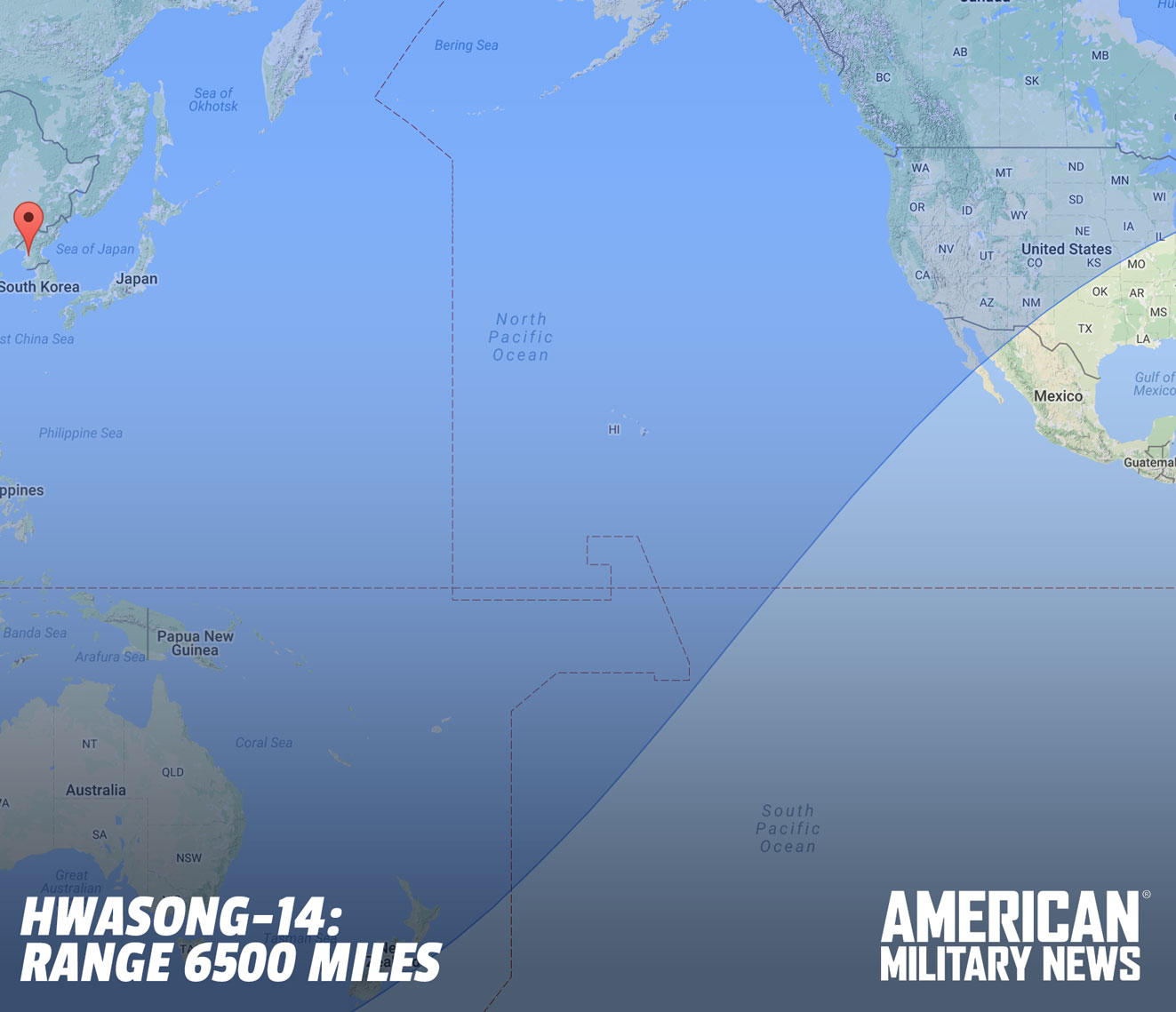 The Hwasong-14 ICBM has an estimated effective range of 6,500 miles, which puts the continental United States, as well as Hawaii and Alaska, at direct risk.