Chinese billionaire: ‘There are nearly 25,000 Chinese spies in the US’

There are nearly 25,000 Chinese spies in the United States currently, according to a Chinese billionaire who fled the country in 2015 and used to work closely with Beijing’s intelligence network. 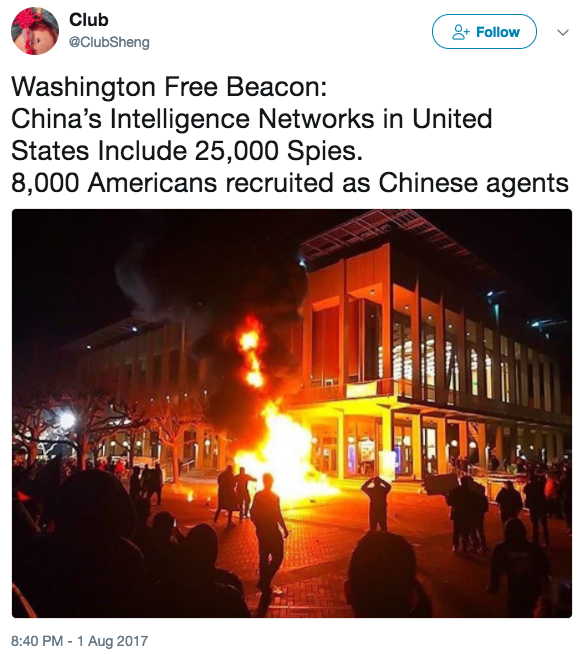 And, there are more than 15,000 recruited agents who have “stepped up offensive spying activities” since 2012, according to a report in the Washington Free Beacon.

Guo Wengui is that billionaire businessman who claims to have had connections to Chinese Ministry of State Security (MSS), the civilian intelligence service and the military spy service of the People’s Liberation Army (PLA), the Free Beacon reported.

“I know the Chinese spy system very, very well,” Guo said, speaking through an interpreter in his first American interview, the Free Beacon reported. “I have information about very minute details about how it operates.”

Guo currently lives in New York City and is a real estate investor. He left China in 2015.

The Chinese Government reportedly continues to try and silence him, as Guo continues to post on Twitter and YouTube about what he knows of Chinese intelligence and corruption. 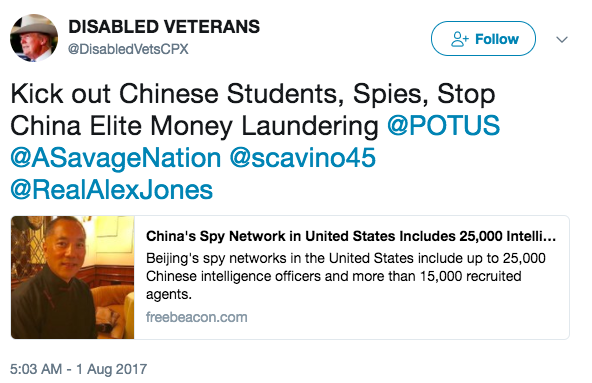