Three U.S. Marines are still missing following a “mishap” with an MV-22 Osprey aircraft off the east coast of Australia. The Marine Corps has confirmed that there is an active search and rescue operation ongoing.

The Marine Corps said it would provide details as they are available.

The Marines were training with the Australian Army when the incident took place. 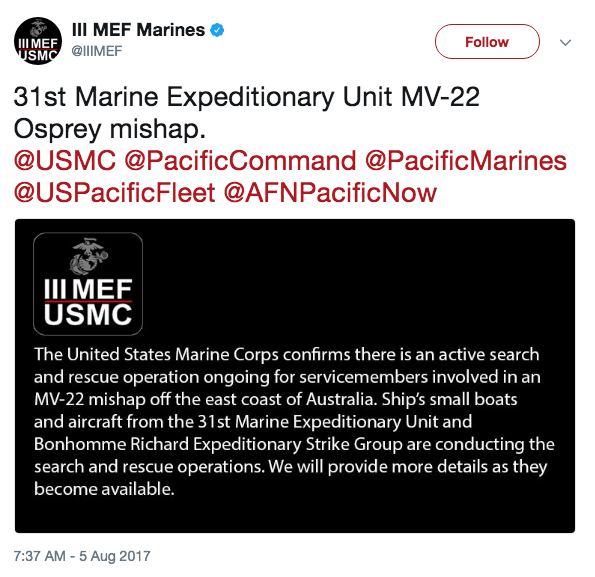 The U.S. Marine Corps said 23 of the 26 personnel on the aircraft have been rescued, and they are still searching for the three Marines.

A search and rescue operation is being conducted by the 31st Marine Expeditionary Unit and Bonhomme Richard Expeditionary Strike Group. 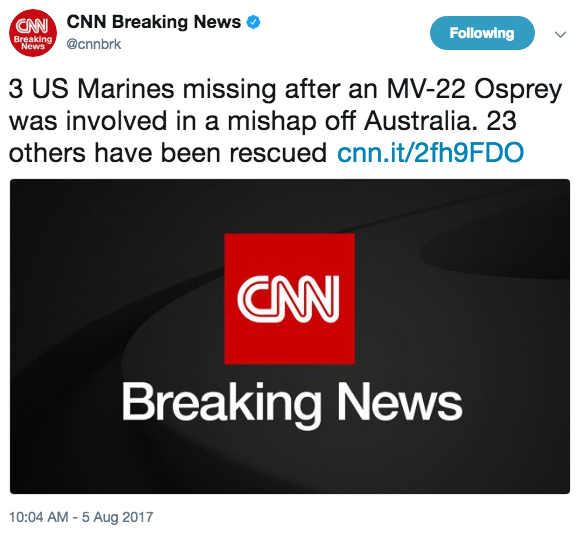 “The aircraft involved in the mishap had launched from the USS Bonhomme Richard (LHD 6) and was conducting regularly scheduled operations when the aircraft entered the water,” the Marine Corps said in a statement, according to CNN.