The Marines announced Haley’s death on Saturday. There were no other details about the accident. 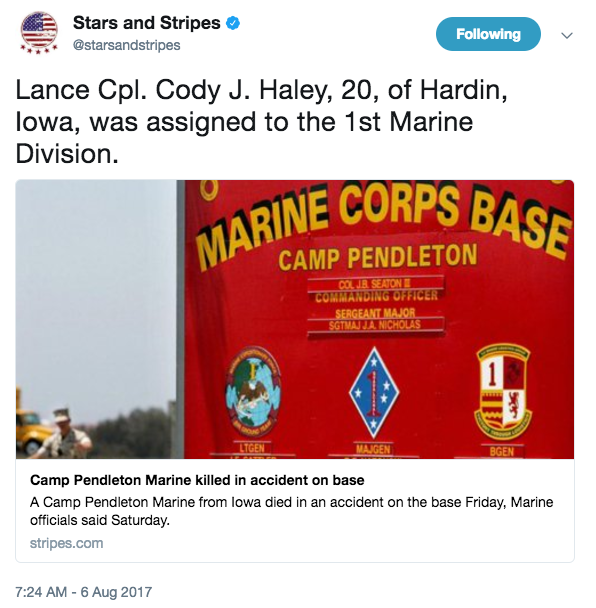 Haley was severely injured and pronounced dead at the scene of the accident, the Marines said.

The Iowa native deployed with the 11th Marine Expeditionary Unit in March of last year. He was assigned to the 1st Marine Division.

“We are heartbroken at the tragic loss of a member of the Marine Corps family, and we will do all we can to comfort the family, friends and colleagues of the deceased,” a USMC press release stated, a local ABC news affiliate reported.

The incident is being investigated.

North Korea vows attack on US; 'thousands-fold' revenge will come over export sanctions