When a new handgun hits the market, the firearm world explodes with excitement.

A good example of this is when CZ announced they were producing a new polymer framed striker fired pistol called the CZ P-10C.

At shot show, the CZ booth was packed with reviewers toting cameras and microphones while seeking interviews in an attempt to be the first to review the CZ P-10C. I could hardly make my way past the crowd to get a closer look at CZ’s newest pistol. Soon after that, the internet was flooded with CZ P-10C reviews, which left many gun enthusiasts wondering how the CZ P-10C would measure up with a Glock 19.

Not long after, FNH announced they were releasing their knew addition to the compact polymer market called the FN 509.

The FN 509 mirrored several features from their popular FNS series of pistols. However, they enhanced the grip, sights and barrel to make the FN 509 an exciting addition to the 2017 market.

Once again, the gun enthusiasts chased after information regarding the price, specs and shooting impressions that created a strong desire to call their local gun stores while trying to get heir hands on the the new FN 509. 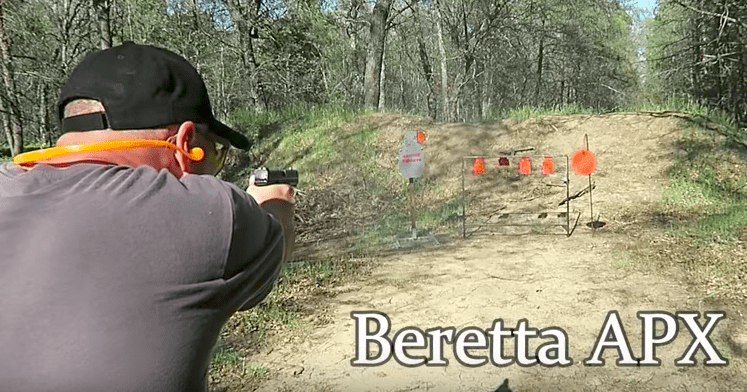 The Beretta APX grabbed the attention of firearm people with the unique look and function of their upper slide that offered full slide serrations that run across the entire slide.

It was a bold move by Beretta, as I have never seen this type of slide work done before with any pistol I have reviewed.

The Beretta APX added an extremely comfortable grip with an amazing trigger pull that took the firearm world by storm.

Several people were longing for non-biased information from independent reviewers that had no affiliation with the manufacturer.

I was fortunate to get all three of these new models in my hands for feature and range shooting review. Many people wanted to know the price, feature and shooting differences with these three pistols.

Watch the video as I compare the CZ P-10C, FN 509 and Beretta APX to break down the differences that these pistols have to offer.