US Army soldier killed in Afghanistan on July 3 identified

A U.S. Army soldier who died during a recent “indirect fire attack” in Afghanistan has been identified, according to the Department of Defense.

Pfc. Hansen B. Kirkpatrick, 19, of Wasilla, died July 3 in Helmand Province “from wounds received during an indirect fire attack,” according to a Defense Department press release. 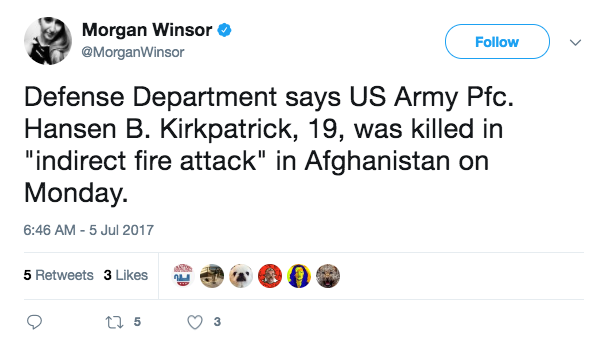 The incident is currently under investigation.

Repeated calls by American Military News to the Fort Bliss Public Affairs Office were not answered by publication time, as the phone line remained busy.