For many, the MV-22 Osprey has changed and furthered the air assault and air assault support equation forever.

The Osprey goes further, and is much faster, than any rotary military aircraft in inventory, at home or abroad.

Its creation has changed the limit for any assault inland, coming from the sea or a land-based military base.

It’s undoubtedly not only a unique military aircraft, but an invaluable piece of military equipment.

This is a great video of the U.S. Military V-22 helicopter aircraft that some call one-of-a-kind in design.

It is designed to combine the functionality of a conventional helicopter with the long-range, high-speed cruise performance of a turboprop aircraft.

Most say its creation was a daring experiment, but its payoff has been enormous. 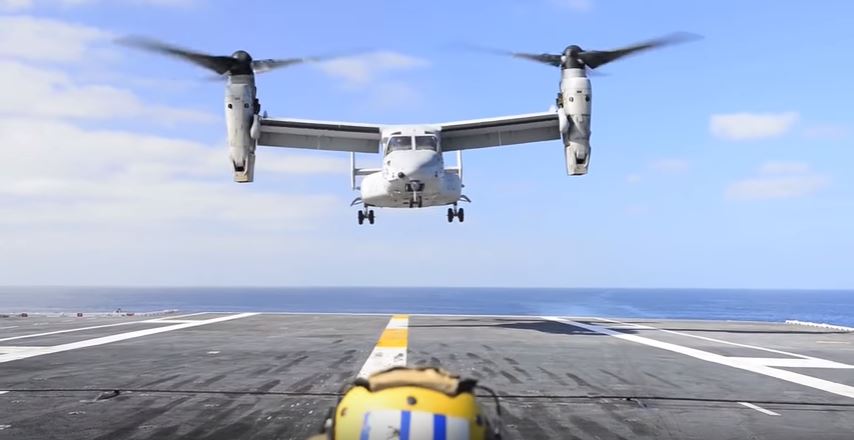