‘Tango Down’ crew aims to create film by veterans, for veterans, to heal disconnect with Hollywood

The cast of “Tango Down” is very passionate about its purpose: to tell veterans’ stories the way they should be told while simultaneously building an all-inclusive veteran community that helps each other out.

“There’s a disconnect between the Hollywood world and the veteran world, and how their stories are told,” actress and producer Julia Ling recently told American Military News.

(Courtesy of Tango Down)

Ling stars in and is producing “Tango Down,” a film made by veterans, for veterans, that aims to portray the camaraderie, loyalty and reality that service men and women face both in combat and upon returning to the civilian world.

The crew also wants to involve veterans in the filmmaking process as much as possible, Ling pointed out.

“We’re trying to get the veteran community around the nation involved,” she said, whether it’s for the cast or crew or staff. “We’re also offering to feature veteran-owned businesses and their products in our film.”

“Tango Down” is unique not only in that regard, but also in its authenticity-driven mission.

“[Veterans] can look at this film and say that the story is true,” Ling said, “that it genuinely would have happened in combat. That this is a decision they would have had to make.”

“Those decisions often get overlooked,” she added. “People don’t understand, and Hollywood doesn’t understand the challenges that veterans overcome.” 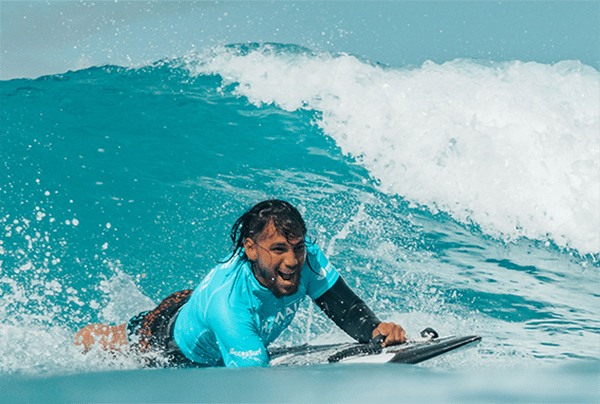 (Courtesy of Tango Down)

“There’s still a large disconnect between the two,” said Andrew Dorsett, a Marine combat veteran who helped write and is also producing “Tango Down.”

“We want to tell veterans’ stories. We want to provide an avenue for these veterans to tell their stories so they can have a voice that also connects to the civilian world,” Dorsett told American Military News.

“We see a lot of loneliness, even if [a veteran is a part of] a big group,” he added. “They miss that brotherhood and sisterhood. We want to provide that and show it’s not inaccessible.”

Ling approached Dorsett, as well as Rick Swift, also a Marine Corps vet, about two months ago, and they started writing the script. The film is now in pre-production.

“Tango Down” was inspired by many of her friends and other veterans she knows, Ling said.

“I realized there were a lot of amazing stories our veterans have to tell, and a lot don’t get told,” she said. “The transition into civilian life isn’t easy. What I see in veterans is a warrior spirit, the kind who will stand back up and keep pushing no matter how hard it gets.”

“That’s what inspirational and amazing, and what makes them heroes to me,” Ling added. “I want to show those stories.”

Not only does the cast and crew of “Tango Down” want to tell veterans’ stories, but they want to help veterans “from all angles,” Ling explained.

“We want vets to be able to write and tell stories from their own experiences, and we want to cast and hire veterans,” Ling said. “That [experience] will offer them a real opportunity to get work in the future.”

“Tango Down” aims to showcase the “full spectrum,” Dorsett added.

“It’s a niche that hasn’t been filled. We’re not telling the Hollywood story, but the veterans’ story,” he explained. “We’re shooting for absolute realism. […] We want to bring it to life so people can see what it’s like over there, whether a normal day or a combat day.”

“Tango Down” is the first film in what the crew hopes will be a series of projects. Step one is making the film and showing it at film festivals.

“If we make this film, it’s going to do amazing things, and we will be able to create subsequent projects,” Ling pointed out.

Ling started her journey of telling military stories through a YouTube channel called “Tactical Girl,” which is how she met Dorsett and Swift.

Ling hopes that many veterans will visit the channel, as well as the “Tango Down” website, to share their stories, experience and veteran-owned projects with the rest of the veteran community.