Within a week of being warned by the United States not to use another chemical attack, following the alleged sarin gas assault in April, the Syrian Army is accused of recently using a chlorine gas attack against Syrian rebels, according to reports.

However, the Syrian army has denied the accusation that more than 30 people were suffocated on Saturday following a chemical attack in Ain Tarma, east of Damascus, according to the Failaq al-Rahman rebel group, Reuters reported.

According to a military source, the Syrian army command denied this accusation and said: “It has not used any chemical weapons in the past, and will not use them at any time,” according to a statement put out by state-run media, Reuters reported. 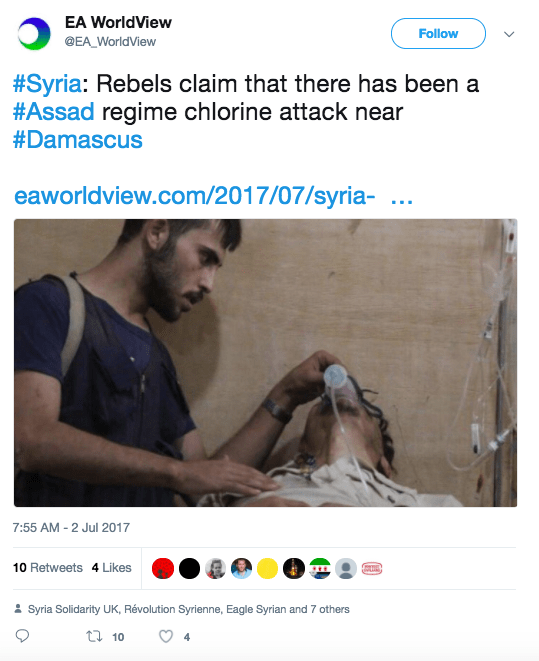 The unrest in Syria stems from its civil war, since 2011, which Syrian President Bashar al-Assad fights with the country’s allies against the United States and various opposing forces, including rebel groups, which are fighting the Islamic State (ISIS).

Russia and Iran support Asaad, who is seen as having the advantage in the conflict.

It was reported last week that a senior Russian lawmaker said the U.S. warning that Syria would pay a “heavy price” for another chemical weapons attack is a “provocation” that would include reports of a “fake” chemical attack. 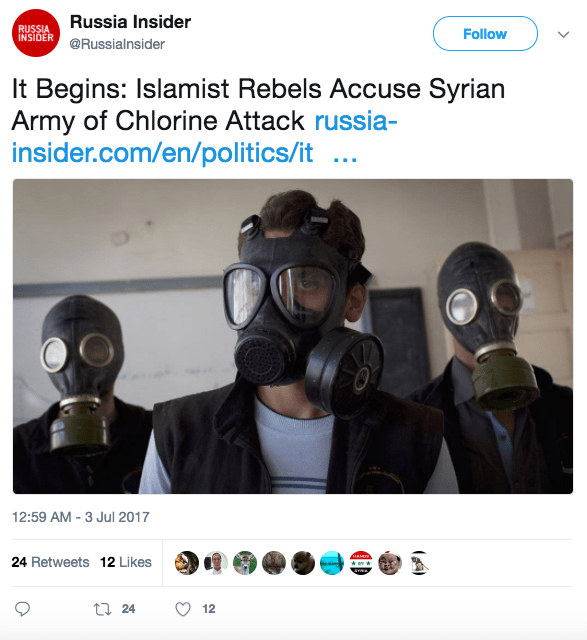 Assad denied using chemical weapons or that the April toxic gas attack took place, and Russia said the gas was released when Syria attacked a rebel chemical weapons arsenal and munitions factory, according to a report.

President Donald Trump ordered for a missile strike on the Syrian base in April following the gas attack, which was seen as his first major military move as President.

Last week, the United States threatened action if Syria were to use another chemical attack.

Defense Secretary Jim Mattis said later in the week that it avoided a chemical weapons attack in Syria because of the warning. 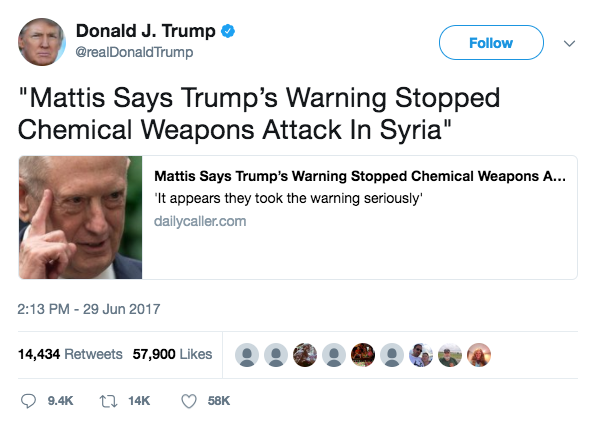 The U.S. said it had identified the possibility of another chemical weapons attack in Syria, and the Pentagon confirmed this – but Syria denied the allegations.

The White House warned that Syria would pay a “heavy price” were the country to launch another toxic gas attack such as the deadly incident from April, when the Syrian town of Khan Shaykhun was struck by a government airstrike that released a toxic agent, possibly sarin gas, which reportedly killed at least 74 people and injured more than 557 others. This was reportedly the deadliest chemical weapons attack in the country since 2013.

“As we have previously stated, the United States is in Syria to eliminate the Islamic State of Iraq and Syria,” Spicer said. “If, however, Mr. Assad [Bashar al-Assad, the Syrian President] conducts another mass murder attack using chemical weapons, he and his military will pay a heavy price.”

According to the Associated Press, “a non-governmental source with close ties to the White House said the administration had received intelligence that the Syrians were mixing precursor chemicals for a possible sarin gas attack in either the east or south of the country, where government troops and allied forces have faced recent setbacks.”

Nikkie Haley, United States Ambassador to the United Nations, said that if a chemical attack happens again, “we are putting you [Syria] on notice.”

Watch real combat footage of US soldiers getting ambushed in Afghanistan